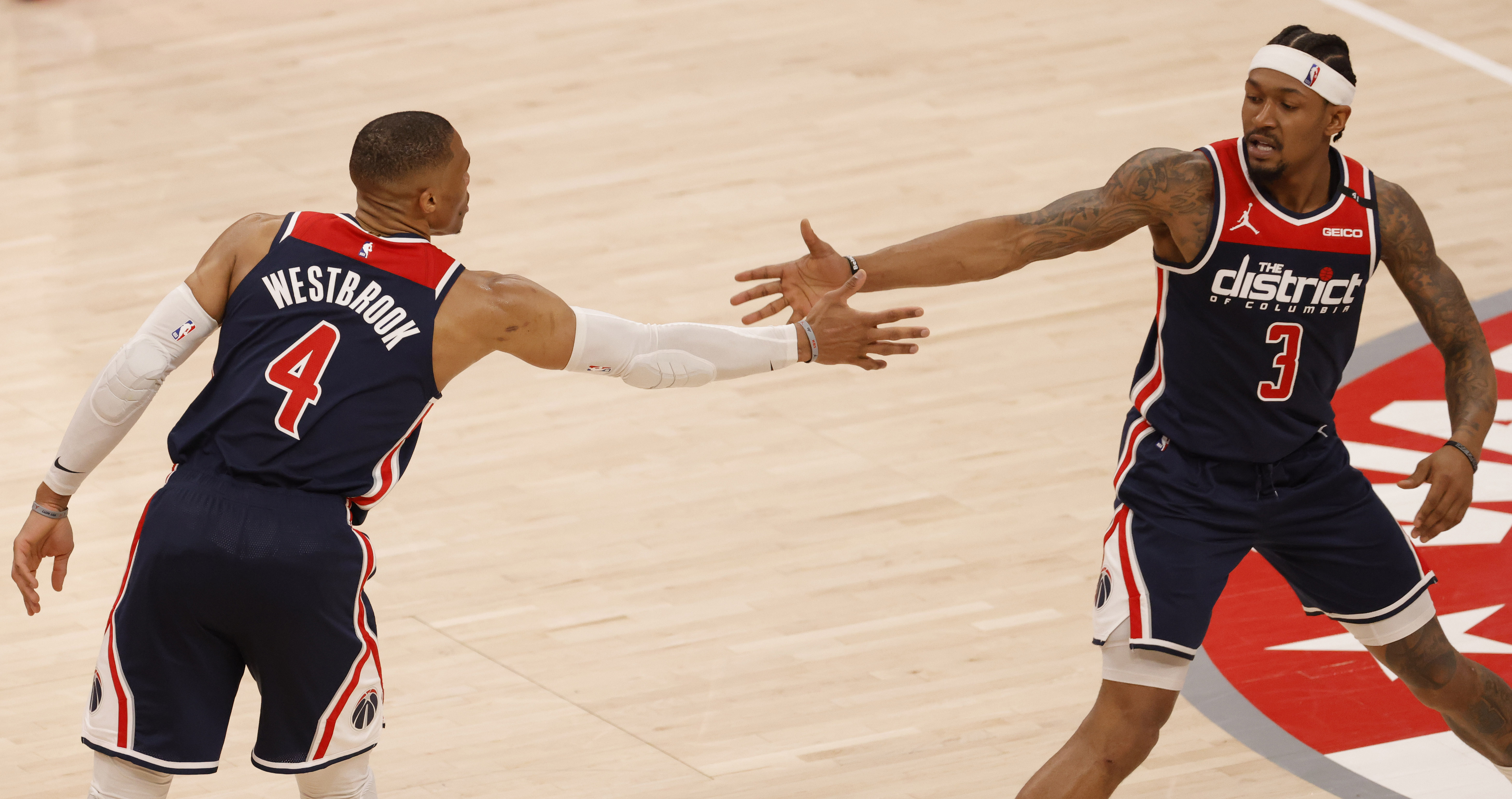 In recent seasons we have heard about the Wizards knowing they are capable but inconsistent and losing focus. This season they are all focused on doing the little things each and every game and not getting tired of it. Many players have mentioned it over Zoom. That is the Russell Westbrook effect and something he has been instilling off the court throughout this season even before his on-court play drastically improved once healthy. At 30-35 with 7 games left, the Wizards remain in the 10-seed but just a half-game back of the 9-seed 30-34 Pacers who Washington just took the season series from and two games back of the 8-seed 32-33 Hornets.

Over the last 16 games, the Wizards are 13-3 much in due to Russell Westbrook averaging 22 points, 14 rebounds, and 13 assists per game on 47 / 33 / 72 shooting over that span. Westbrook’s improved play coincides with finally being healthy that may not have come until around February this season but the exact timeline has always been hazy. The future Hall of Famer revealed that his left quad injury suffered in training camp and reaggravated over the following weeks included a tear that he likened to his right quad tear suffered in the bubble just a few months prior.

Russell Westbrook shares that after tearing his right quad last season, he tore his left quad at the beginning of this season.

He battled the injury from training camp and it would get reaggravated multiple times, but he still wanted to go out and battle with his teammates. pic.twitter.com/O5x4fHewRo

The team does not like to dwell on it and good for them, but they have been dealt a mean hand from the Basketball Gods this season. A six-player COVID-19 outbreak taking the whole first half out of whack for Washington led to a 3-9 stretch after returning from a two-plus week hiatus. Thomas Bryant and Deni Avdija suffered season-ending injuries at the opposite ends of the schedule. Davis Bertans was out of shape and rhythm for months and Westbrook was trying to battle for his teammates but clearly was not up to par and should have been rested earlier even if the organization has to overrule his personal desires. John Wall tried to play through injuries and who knows who much that cost him.

Embarking on a five-game road trip over eight days against the Bucks, Raptors, Pacers, and Hawks twice will be no easy task for Washington. But if they keep playing the high offensive efficiency in the paint and hard-nosed defense that they have over the past month, there is not a game that is unwinnable. It will be hard to move up past the 9-seed, but a lot is still in reach if the Wizards put together another long win streak.

Washington’s path to a playoff series is all but guaranteed to come through the play-in games with 6-seed Miami 4.5 games clear of the Wizards. As a 9-seed, Ted Leonsis would receive a postseason home game hosting the 10-seed in a win or go home. The winner would play the loser of the 7/8-seed game on the road for the final playoff spot in another win or go home. Again the Wizards can beat any of Indiana, Charlotte, and even Boston if they play the same basketball they have been even if it has come against easier opposition after facing the gauntlet in March.

Many different things could play out over the final two weeks of the regular season including Russell Westbrook (178) tying and surpassing Oscar Robertson (181) for the most regular-season triple-doubles of all time. Wouldn’t that be a hot ticket item if coming in the final two games, at home in Capital One Arena?

Even if the Wizards can earn a playoff series, their odds against Philadelphia, Brooklyn, or Milwaukee are bleak. Barring a near miracle first-round upset, Eastern Conference Coach of the Month for April Scott Brooks will not be back to see what could play out to be a number of different situations for next season. Even if Washington could pry away Masai Ujiri or bring in a different front-office head, Tommy Sheppard has done a lot with a little over two years since inheriting a practically sinking ship.

Who knows what the Wizards will look like in even a month, but it will play out with exciting play from second-leading scorer Bradley Beal and leading assister (plus 7th leading rebounder) Russell Westbrook so that will be fun to watch.