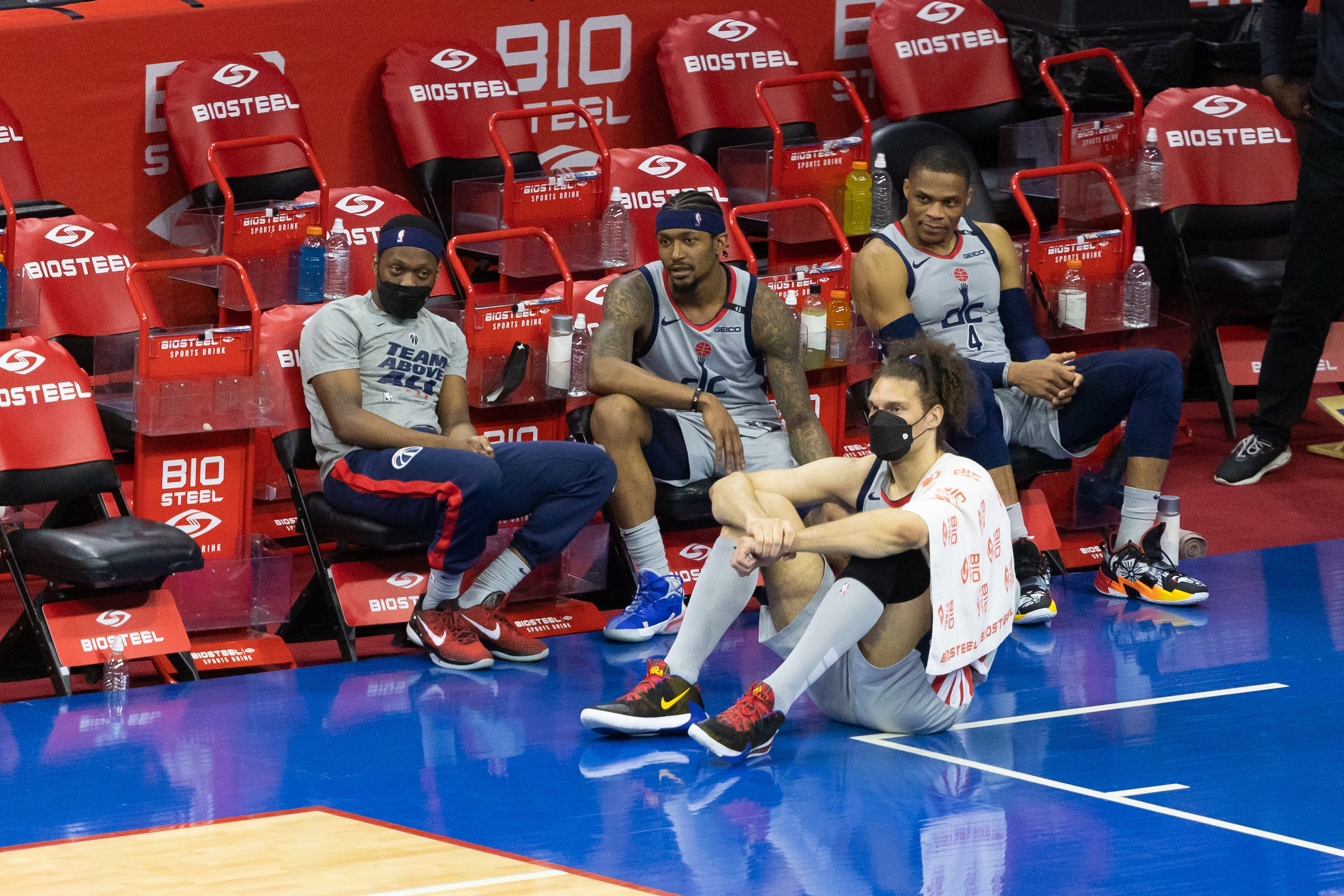 The Washington Wizards fell to the Philadelphia 76ers in Game 5 from Wells Fargo Center, 129-112, ending their unimaginable roller coaster 2020-21 season. Russell Westbrook and Bradley Beal led a post-game locker room speech to the team about holding their heads up and being proud of what they fought through this season from a major COVID-19 outbreak to a 0.6% chance of making the playoffs. Scott Brooks and possibly Tommy Sheppard are not under contract for next season and the Wizards are at a major crossroads in the franchise.

With limited money to work with if Ted Leonsis wants to stay under the luxury tax (the last time he entered it for Otto Porter Jr., it did not work very well), a change in coaching may be the only reasonable way to improve the currently constructed roster. After five years and $35 million where the Wizards played little defense, it is time for Washington to head in a new direction like Becky Hammon, Wes Unseld Jr., or Sam Cassell. Russell Westbrook would disagree and praised the job Brooks did to navigate a chaotic six months that started with the franchise point guard being replaced.

Russell Westbrook with a strong endorsement for the Wizards to re-sign Scott Brooks pic.twitter.com/dIqM2uRy2G

Over a full 82-game season with a real training camp and maybe a healthy roster for the first time in what feels like ages for Washington, this current 2020-21 Wizards team is better than 34-38 if they were to run back the season with some minor changes. A rotation of Bradley Beal, Russell Westbrook, Rui Hachimura, Davis Bertans, Thomas Bryant, Deni Avdija, and of course Daniel Gafford, is not too shabby if a true 3-and-D starter can be brought in like a Reggie Bullock or Doug McDermott type. Given what he inherited just two years ago, what Tommy Sheppard has been able to collect is impressive, but will that be enough for him to remain the highest Wizards front office decision-maker next season is still to be seen.

A lot was made about Bradley Beal signing a two-year extension less than two years ago before the start of the 2019-20 season, but in reality, it was a one-year extension that allows him to hit the free-agent market next summer as a 10-year veteran commanding 35% of the salary cap (regardless of any All-NBA team supermax that he may get snubbed from). Mark Bartelstein clients are no fools. Throughout clickbait rumors and headlines sending Beal elsewhere, the elite guard has maintained his loyalty to Washington, but after nine years peaking at three second-round playoff exits (two of which came under Randy Wittman) when will that patience run thin? Beal expressed a mostly positive initial gut reflection on the season less than an hour after it ended. He did not give as glowing a review of Brooks as his backcourt mate did, but did say some positive things about his coach for the last five years, making the All-Star game in three. To be a fly on the wall for Beal’s next meeting with Ted Leonsis.

During his first Wizards media availability in multiple years in mid-May, Ted Leonsis said assessments would be made depending on how the rest of the season played out. After another first-round exit, it may be at least a little time before the Monumental Sports and Entertainment founder and CEO decides whether Scott Brooks and/or Tommy Sheppard will return in their same roles next season. That both Sheppard followed by Brooks are completing Zoom exit interviews on Thursday with the media indicates it is not an immediate dismissal of Brooks. Leonsis prided himself on the thoroughness of research before putting together Monumental Basketball two summers ago after relieving Ernie Grunfeld so it should not be surprising if it is days, weeks, or even months before the future of the organization is clear.