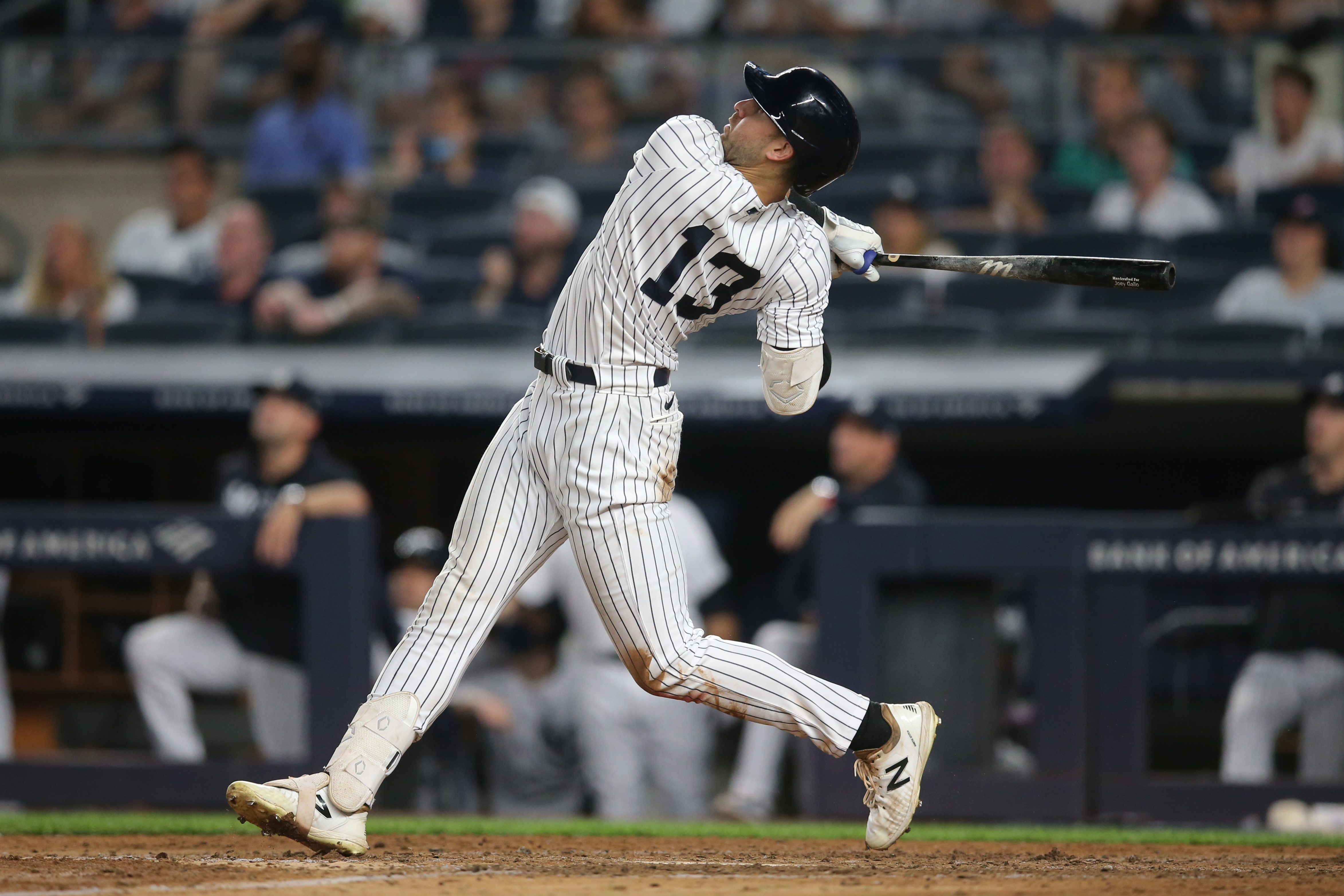 Joey Gallo has hit plenty of moonshots throughout his career, but the one he hit in his most-recent game takes the cake.

Gallo has hit 146 home runs i only 1,853 at-bats in his career, which is a pretty ridiculous ratio, and many of them have traveled quite far. He’s also struck out 808 times, but that’s a discussion for another day.

Back to the velocity, though.

Gallo stepped to the plate in a pivotal moment during the seventh inning of Thursday’s game against the Mariners, with the Yankees trailing 3-2. There were two men on base, but two outs. Gallo provided his team with the go-ahead and (eventual) game-winning runs, when he hit this moonshot into the stands.

It was the highest launch angle of any home run he’s hit in his career (48 degrees).

That's the highest launch angle on any HR of his career

Tied for the highest launch angle on any NYY HR tracked by Statcast (since 2015), with a Mark Teixeira HR on 7/3/16

Has that ball even landed yet? We’re not sure.