Finally an Eagles preseason Game 1 where who starts may matter... 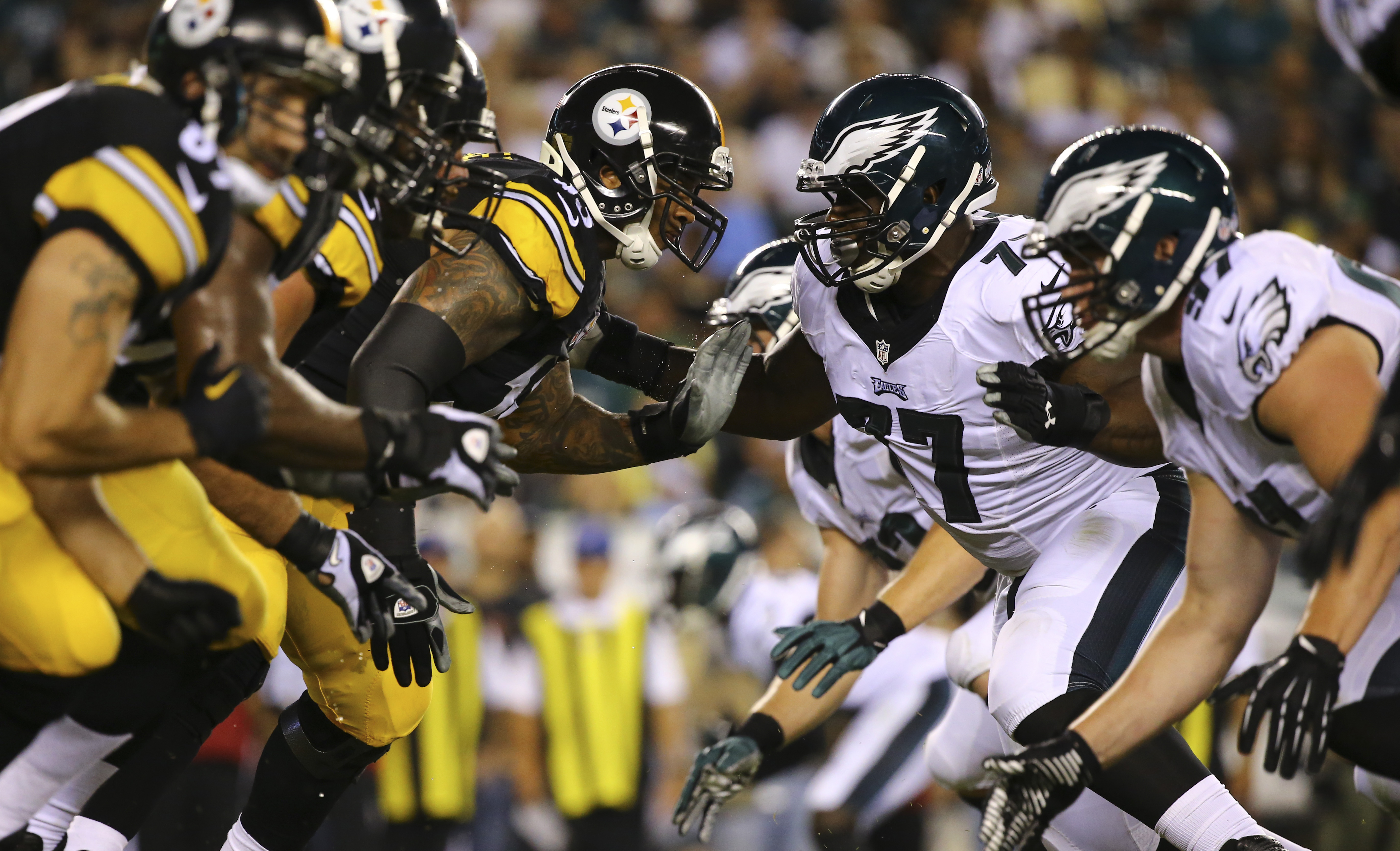 Finally an Eagles preseason Game 1 where who starts may matter...

About 25,000 football-starved Philly fans showed up with a cordial welcome for the Eagles at their “Flight Night”-style public practice at the Linc this past Sunday. At least half of them will be booing their faces off this coming Thursday night if the Eagles flop in the first half against the Pittsburgh Steelers. That’s because, unlike recent years (prior to covid shutdown) when the eventual starters hardly played at all in PS1, this year’s team has to lay it on the line with early playing time for everyone, including projected starters, due to a new head coach and new systems installed across the board.

The biggest microscopic lens will be on QB Jalen Hurts on Thursday night.

HC Nick Sirianni was asked about the challenge of evaluating second-year quarterback Jalen Hurts in the first quarter or more of the upcoming Steelers game. Pittsburgh will get the full Jalen Hurts experience because of the damage that he can do with his legs. Sirianni knows in the back of his mind what Hurts, who had 272 rushing yards in the final four weeks of the 2020 season which was second to only Baltimore’s Lamar Jackson among all NFL quarterbacks in that span, can do as a dual-threat. But overall, Sirianni listed four key elements that he’s looking at when evaluating the position – decision-making, accuracy, the ability to create plays, and leadership/intangibles.

“I also understand that some part of his game is to be able to move around and make plays. But, again, a wise man avoids all extremes,” Sirianni said. “It can’t be all rhythm, and it can’t be all scramble. So, it’s like, ‘Hey, what’s the happy medium there?'”

So suffice it to say Hurts will be toning down the volume on the scramble abilities in his personal playbook and, in the parlance of baseball spring training, “working on other stuff.”  But he should get enough of an extended look to allow competitive instincts to eventually kick in.

It’s an equally important first look at how the new coaching staff handles game management from the sidelines, and how efficient they are in getting their groups lined up for play.

Dave Spadaro at PE.com:  “What we saw on Sunday night for 1 hour, 45 minutes was a good, crisp, and highly competitive practice. There were big plays down the field – a Quez Watkins leaping grab, a Travis Fulgham tippy-toe catch on the sidelines, some big runs from Miles Sanders and Boston Scott, an aggressive defense that late in the session took the football away and then ran down to the South end zone to celebrate. See, it’s all practice. [But] gotta be ready for when it all starts for real.”

It was a dry run of sorts for Thursday night’s preseason opener against Pittsburgh (7:30 PM kickoff, NBC10 in Philadelphia) at Lincoln Financial Field.

The 6-7, 280-pound Leo joined the Eagles in 2019 as part of the NFL’s International Pathway Program and spent the entire season on the practice squad. He was placed on the Reserve/COVID-19 list at the start of Training Camp. The Adelaide, Australia native played in 29 games at Iowa State, contributing 33 tackles, 11.5 tackles for loss, and three sacks. The 29-year-old Leo started his college career at Arizona Western Community College.

Originally drafted by the Eagles in the sixth round of the 2016 NFL Draft out of Auburn, Countess returns for his fourth stint with the team. Countess landed with the Rams following the Training Camp of his rookie year and played in 37 games (four starts) over three seasons. He played for six games with the Jets in 2019 and finally broke through and earned snaps in two games for the Eagles last season.