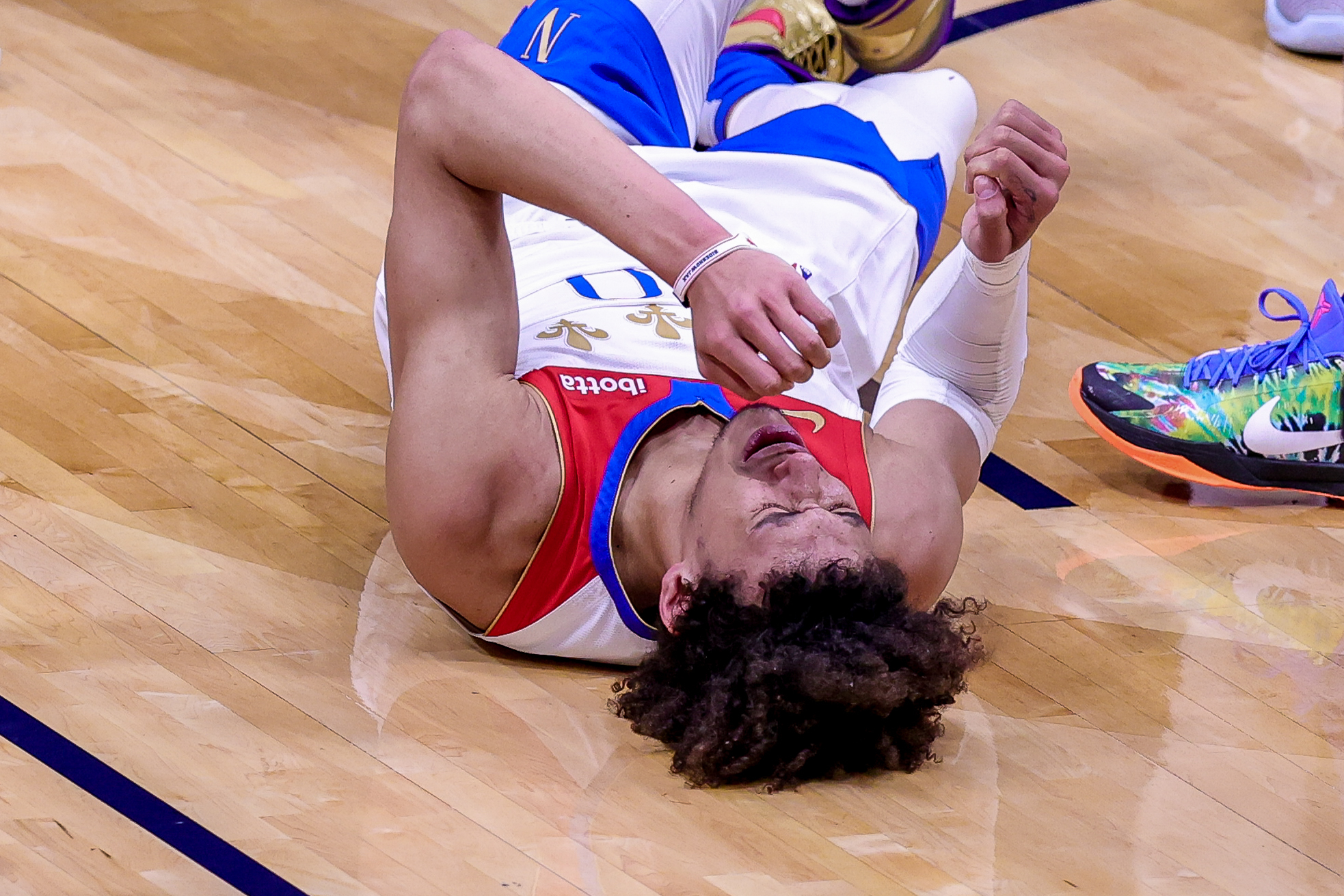 Pelicans big man Jaxson Hayes may not be as innocent as he claims, judging by a video that has recently surfaced.

Hayes was arrested in Los Angeles last month for resisting arrest, stemming from an innocent that took place outside his girlfriend’s house. Police showed up after a woman called 911, alleging Hayes was getting “violent,” adding that she was scared.

The video shows Hayes trying to go back into the house, only to have his attempt thwarted, with cops standing in his way. The situation then turned physical, with Hayes shoving a cop into one of the house’s walls. It was on at that point, with cops taking Hayes to the ground, which made him utter “I can’t breathe.”

He was then tased, and eventually handcuffed, as the video — obtained by TMZ Sports — appears to show.

An ugly situation regardless, but one that Hayes himself appears to have caused.