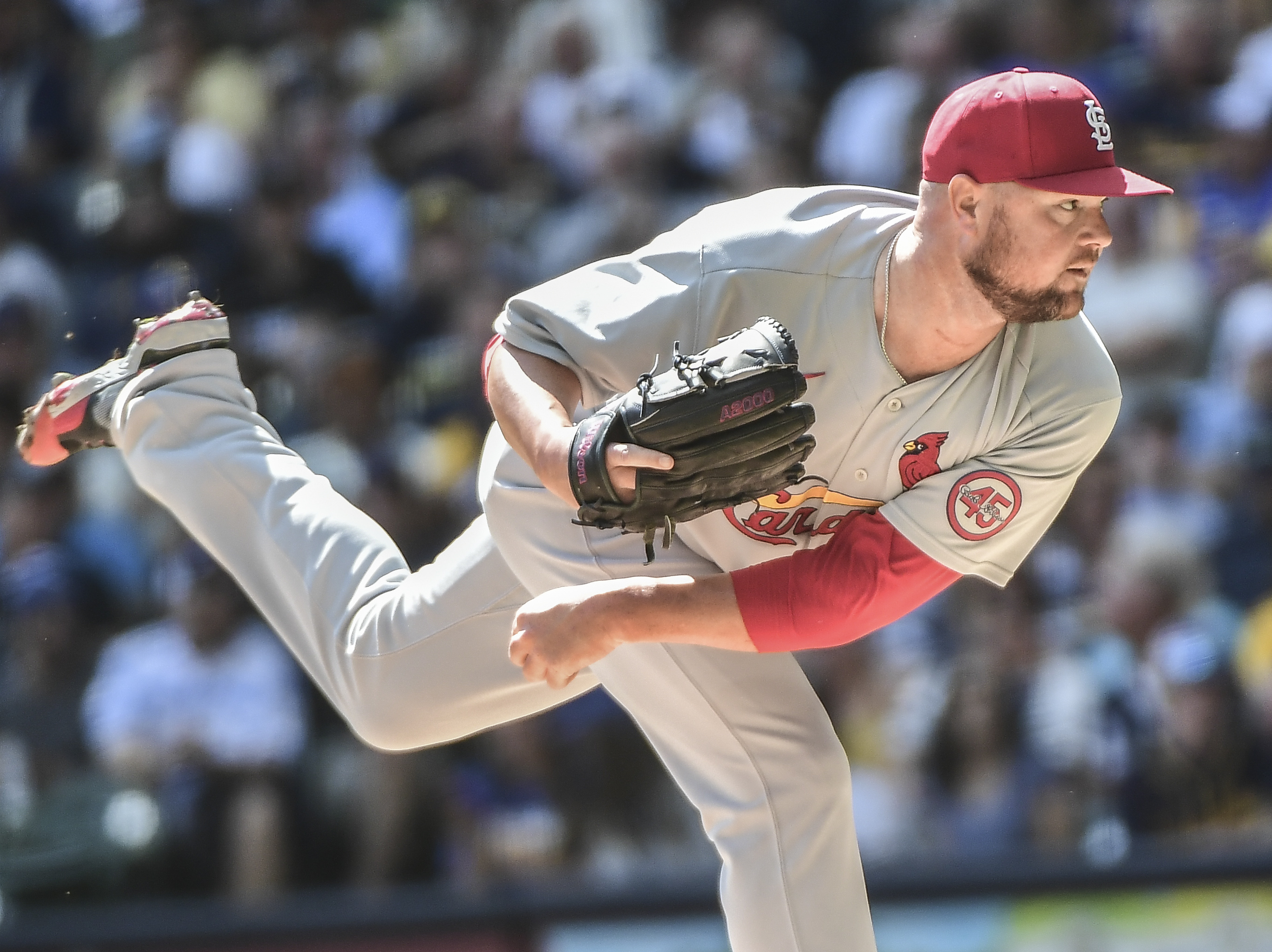 Lester picked up a quality start for the Cardinals. In six innings, he gave up only two earned runs, three hits, and had two strikeouts and zero walks. Lester threw 77 pitches, of which 48 were strikes. Both of the earned runs Lester gave up during the game were home runs. Brewers right fielder Avisail Garcia and Brewers third baseman Luis Urias both hit the baseball out of the park off of Lester in the second inning.

Of Lester’s 200 career wins, 110 were with the Boston Red Sox, 77 were with the Chicago Cubs, six were with the Oakland Athletics, four with the St. Louis Cardinals and three with the Washington Nationals. So far in 2021 with the Nationals and Cardinals, Lester has a record of seven wins and six losses with an earned run average of 4.59. In 26 games and 131 1/3 innings pitched, Lester has given up 145 hits, 67 earned runs, 48 walks, 24 home runs and three hit batsmen, with 81 strikeouts, and a WHIP (walks and hits per innings pitched) of 1.47.

The two other active pitchers with 200 or more career wins are Justin Verlander and Zack Greinke of the Houston Astros. Verlander is still active even though he has not pitched this season due to Tommy John surgery he had in 2020. Verlander has 226 career wins, while Greinke has 219 career wins.

The Cardinals meanwhile are the hottest team in baseball at the moment as they are winners of 10 straight games. On Tuesday, they defeated the Brewers by a score of 2-1. St. Louis is at 81 wins and 69 losses, and lead the Cincinnati Reds by four games for the second wildcard spot in the National League.