Eagles defense had no answers in 42-30 loss to Chiefs 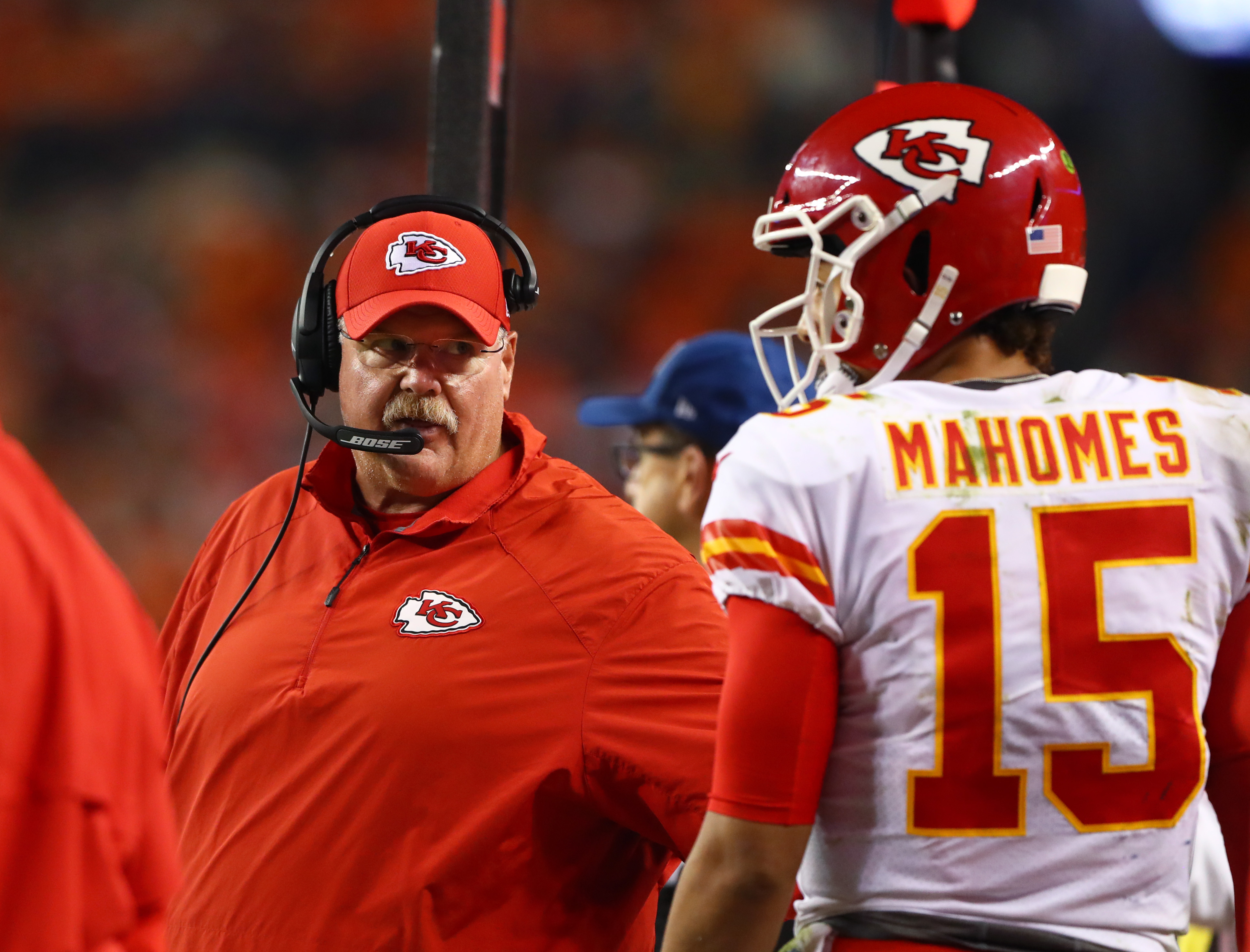 Eagles defense had no answers in 42-30 loss to Chiefs

Soft zone coverage failed the Eagles against Andy Reid and Patrick Mahomes, who simply gashed the Philly defense at will, or so it seemed.  But there were bright spots for the Eagles, too.

EYE searched the internet for some opinions on the game and thought this one was a pretty fair assessment, coming from a fan poster at BGN named J. Wil:

(1) The Eagles lost. This was expected. Therefore, the Eagles performed to expectations there.
(2) The offense – against a bad defense – looked mostly competent. That’s the good news. Something works. The team isn’t totally lost.

“The offense recovered nicely, but the obvious problems on that side continue to be mostly basic execution errors. Hurts missing a throw slightly, someone committing a penalty, a receiver going out of bounds, etc. These are the details a young team can clean up, and it’s mostly illogical to expect a first-year head coach to have his entire process down. Especially with so many young players.

“I think the quantity of penalties is an obvious problem, some of that is due to lack of preparation, but there’s also the reality that better players commit less penalties, while worse players commit more (or are less adept at hiding them). The Eagles have more bad players than good. A lot of young guys with potential, but potential does not immediately translate into “good.”

With that out of the way, the most obvious point of contention this week is going to be the defense.  Schematically, I do think there are shortcomings.  However, you can’t ignore the fact that the Eagles simply don’t have the personnel on defense right now.  The core players that the defense used to rely upon are aging.
Who else does the defense have?  Sweat appears to be an emerging star, and honestly good news there because they don’t really have anyone else left at the ends.  Barnett is at best an average player that makes a bunch of dumb mistakes.
Hargrave is absolutely the best player on defense.  He’s a stud.  The linebackers, meanwhile, are a continuation of the “body” pedigree (as in: throw some bodies out there and hope they aren’t irredeemably bad).  The secondary is a hodge-podge of mediocrity outside of Slay.
But context is also important, and keep in mind that Dallas scored 36 points against Carolina and 29 points plus 451 yards against what’s supposed to be a good-to-great defense in Tampa Bay.  Then you have Kansas City, who easily averages 30+ points a game, putting up 33 and 35 on Cleveland and Baltimore, respectively.

“With that context in mind, you could probably argue the Eagles performed to expectations. Would you like to see them do better? No doubt. Watching them get gashed two weeks in a row is a tough pill to swallow. They held SF to 17 and Atlanta to 6. Do those games count as much or less than these latest two?

“Anyway, all in my humble opinion, but I think it’s important to continue to measure expectations.”

Unfortunately, as reasonable a take as that is, success is still measured in wins and losses.

Reid returned to Philadelphia and earned his 100th career win with the Chiefs, becoming the first coach in NFL history to win 100 games with two teams. Reid’s 140 victories with the Eagles are the most in franchise history.

“The people here have been phenomenal since I got here,” said Reid, who was briefly hospitalized after last week’s loss to the Chargers. “My room was loaded with food so it was good to have a cheesesteak and a lot of other things. It’s good to be back.”

Asked if coming back to Philadelphia made him emotional, the normally stoic Reid joked: “I’m pretty good. You want me to cry up here?”

Jalen Hurts threw for a career-high 387 yards and two TDs but Philadelphia (1-3) couldn’t keep up with Kansas City’s high-powered offense. The Eagles had three touchdowns negated by penalty and settled for field goals three times inside the red zone.

The two-time defending AFC champion Chiefs (2-2) snapped a two-game losing streak after entering with a losing record for the first time since they were 4-5 in 2015.

Mahomes tossed TD passes underhanded, overhanded and shoveled one on Kansas City’s three possessions in the first half. He finished with 278 yards passing and his interception was the only possession the Chiefs didn’t score a TD. Hill had 11 catches for 186 yards.

Mahomes flipped a 1-yard TD pass underhanded to Clyde Edwards-Helaire for a 7-3 lead in the first quarter.

Mahomes said Travis Kelce designed that play with himself serving as the decoy. Edwards-Helaire gave away the name of the play: “Tom and Jerry.”

“When you have receivers coming up and saying: “If I do this, it’ll get someone else open,’ that’s a special group of guys,” Mahomes said.

Mahomes threw a normal 6-yard TD pass to Hill to give the Chiefs a 14-10 lead. He set up the score a few plays earlier on first-and-20 from the 42 with a beautiful 32-yard pass to Hill, who made an excellent over-the-shoulder, fingertip catch near the sideline.

His 2-yard shovel pass to Jody Fortson increased Kansas City’s lead to 21-13 with under a minute left in the first half.

Darrel Williams ran in from the 1 to extend the lead to 28-16 but the Eagles answered with Kenneth Gainwell’s 7-yard TD run to get within 28-23.

Mahomes then connected with Hill on TD passes of 12 and 44 yards.

Hurts completed his first three passes for 56 yards on the opening drive but overthrew Zach Ertz in the end zone and the Eagles settled for Jake Elliott’s 29-yard field goal.

Late in the second quarter, Hurts missed Greg Ward open in the end zone after a 6-yard TD pass to Dallas Goedert was nullified by a penalty on left tackle Andre Dillard for being ineligible downfield. Elliott ended up hitting a 25-yarder.

A 3-yard TD pass from Hurts to Ertz in the third quarter was negated by an offensive pass interference penalty on J.J. Arcega-Whiteside so Elliott kicked a 31-yarder.

DeVonta Smith later caught a 34-yard TD pass but he stepped out of bounds in a tight coverage race and did not reestablish in time. The Eagles then couldn’t convert on fourth down.

Smith caught seven passes for a career-high 122 yards. Smith, the 2020 Heisman Trophy winner with the 10th overall pick in the NFL draft, had 115 yards receiving in the first three games combined.

Jason Kelce made his 109th consecutive start. He was the only member of Philadelphia’s starting offensive line who played after right tackle Lane Johnson was scratched due to a “personal” matter.