Eagles run over Lions in Motown, 44-6 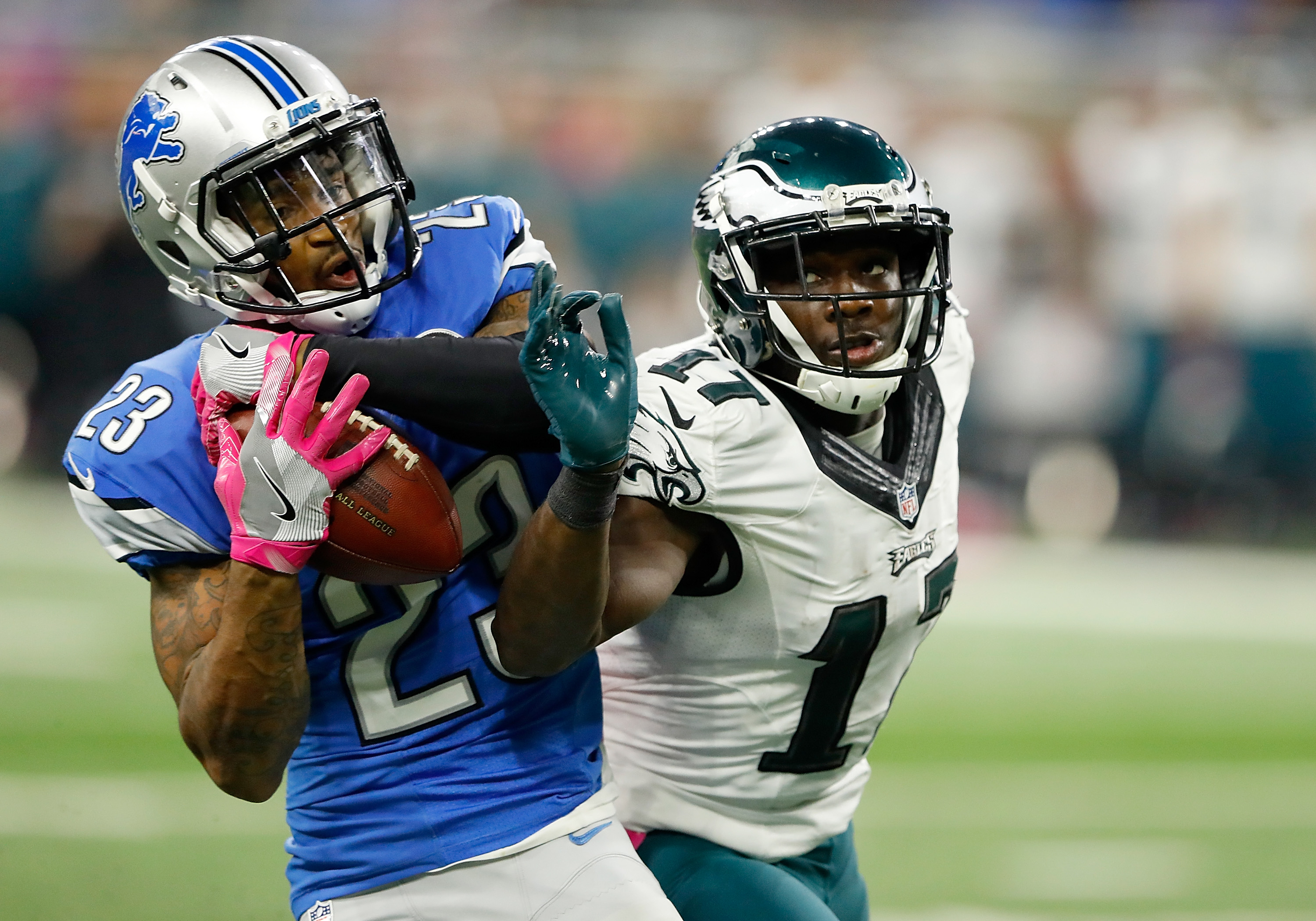 Eagles run over Lions in Motown, 44-6

The Eagles were all revved up and jumped out early on the Lions, who at several points in the game looked like they had lost any competitive edge. Not that the Eagles are very good, but the Lions looked very very bad.

Whether by design or accident, the Eagles coaching staff made several changes in offensive and defensive methodology in this game which really paid off.

Boston Scott and Jordan Howard made the most of filling in for running back Miles Sanders and took advantage of Philadelphia dominating Detroit’s defensive line.

Scott and Howard each had two touchdowns on the ground, helping the Philadelphia Eagles run over the Detroit Lions in a 44-6 win Sunday.

“We were able to push some guys around up front,” coach Nick Sirianni said.

The Eagles (3-5) ended a two-game losing streak against a team that was very accommodating, enjoying their most lopsided win on the road since beating the St. Louis Cardinals by 42 points nearly 40 years ago.

The Lions (0-8) go into their bye week as the NFL’s only winless team.

“If this doesn’t get better, we’re going to be 0-17,” Detroit safety Tracy Walker said.

The Bye break gives first-year coach Dan Campbell extra time to figure out how to avoid making history during the league’s first 17-game schedule after being a tight end on the first 0-16 team in Detroit 13 years ago.

“I can take a week and look at everything,” Campbell said.

When Campbell looks at film of the latest loss, he will see how inept his lines were on both sides of the ball.  “We got pushed around bad,” Campbell acknowledged.

With Sanders on injured reserve with an ankle injury from last week, Scott and Howard had 12 carries each and combined for 117 yards rushing combined. Scott had just seven carries this season before Sunday and Jordan made his season debut after being promoted from the practice squad. They became the first pair of Eagles to run for multiple touchdowns in the same game since 1980.

“Whenever that opportunity knocks, you got to step up,” Scott said. “Me and Jordan motivated each other during the time leading up to this moment.”

Scott broke a scoreless tie late in the first period with a 1-yard run and and Howard’s 4-yard run late in the second quarter put Philadelphia up 17-0. They each had a short touchdown run in the third quarter.

Just to make the setback sting a little more for the Lions and their fans, former Detroit cornerback Darius Slay scooped up D’Andre Swift‘s fumble that was forced by Detroit native Avonte Maddox and returned it 33 yards make it 38-0 late in the third.

“It was a blessing,” Slay wrote in a text message after the game. “I appreciate how the fans shouted me out and showed major love.”

The offensively challenged Lions avoided a shutout midway through the fourth quarter when rookie Jermar Jefferson scored on an 8-yard run for his first NFL touchdown. But the Lions failed to convert the 2-point conversion as Jared Goff was hit, as he often was by the Eagles from every direction even when they rushed just four against five offensive linemen.

Goff was sacked a season-high five times and finished 23 of 34 for 222 yards. The sixth-year quarterback and many of his teammates made mistakes, including when he threw a ball away in the third quarter on fourth down instead of throwing toward a receiver with nothing to lose.

“Throwing the ball into the stands on fourth down is a bad decision, but I’m not sure what else he was supposed to do,” Campbell said.

The Eagles had six sacks, including one against David Blough, for the first time in nearly 10 years. Philadelphia had its highest-scoring game since a 51-23 win over Denver nearly four years ago.

EYE don’t know how much momentum you can speculate the Eagles can gain from this outing, but at least they will not be facing the media bloodbath which would have followed a loss in Detroit.  Eagles host Los Angeles Chargers next Sunday.

INJURIES—Eagles: WR Jalen Reagor had a non-contact ankle injury in the first quarter on a touchdown drive he boosted with 11- and 10-yard runs on end-around plays. He did not return, it’s probably a sprain. Starting RG Jack Driscoll left the game early on with what looked like a hand ailment. J.J. Arcega-Whiteside (ankle) was originally ruled questionable to return. JJAW has been battling through injury issues all season. TE Jack Stoll got banged up late in the third quarter. He returned.