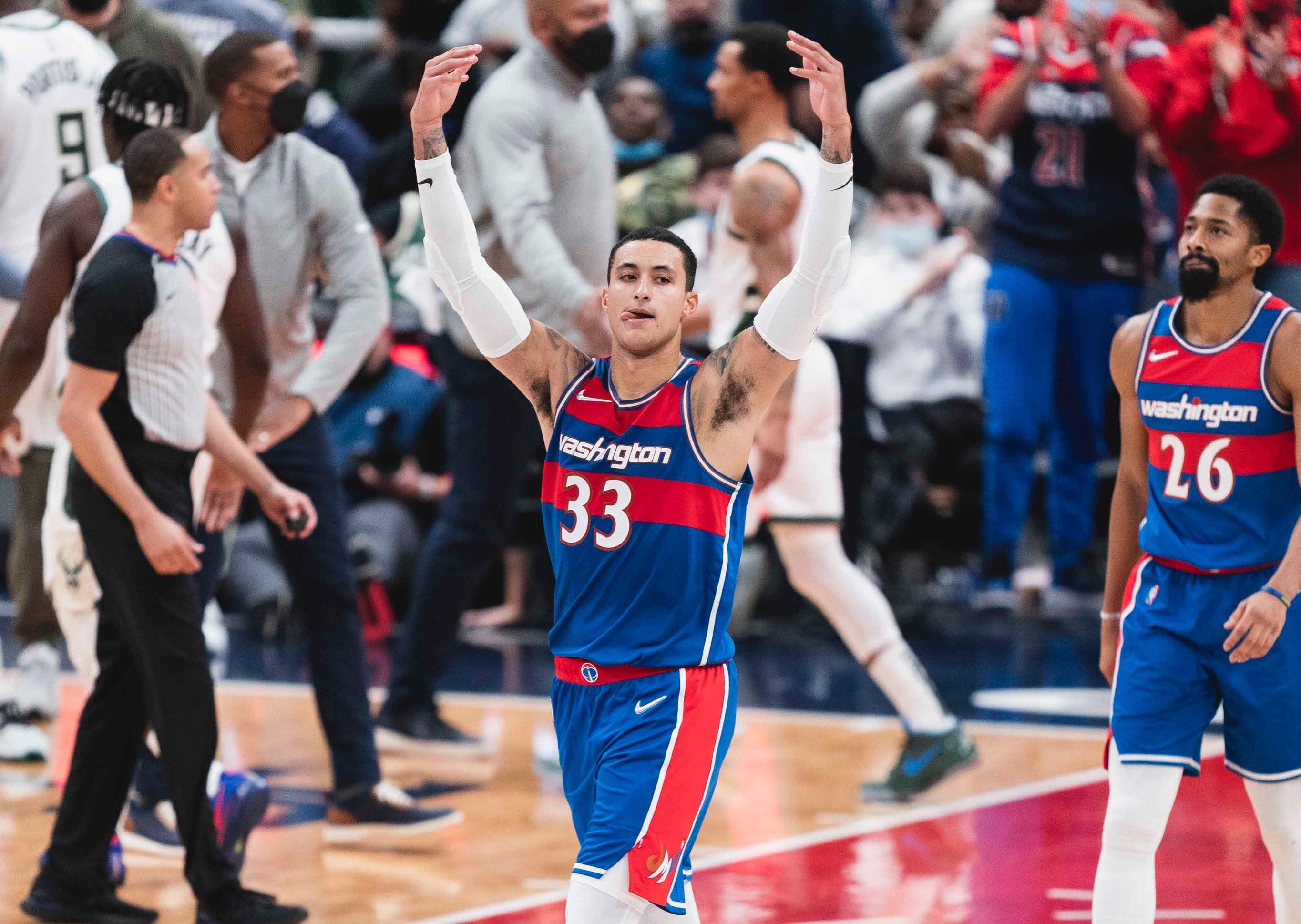 The Washington Wizards came back and stunned the Cleveland Cavaliers, 97-94, behind two clutch back-to-back threes from Kyle Kuzma in the final minute of the fourth quarter. Here’s what Wes Unseld Jr., Kyle Kuzma, Bradley Beal, and Montrezl Harrell had to say as the Wizards improve their start to 8-3. You can listen to their entire post-game press conferences here.

“We found a way to make plays late on both ends. Our energy level wasn’t great to start and we were trying, shots weren’t falling, offense wasn’t clicking, so we struggled most of the first half into the third quarter. So to see us gut it out late was huge. We had big possessions, Brad makes an incredible play to Kuz, our execution off the board and onto the floor after timeouts was great so we gave ourselves a chance.”

Kyle Kuzma on his game-winning 3-pointer vs. Cavs:

“I’m a confident person, always been this way, and my teammates did a great job of finding me down the stretch. I put in a lot of work at the end of the day. I’m ready for those moments. I believe every shot that I take has a chance to go in and you have to have that mentality if you want to be successful at this level with other elite athletes. I was just ready for it. Plus, there were some hecklers during the game talking to me so I had to. It was their fault, really, it was their fault. They had a sign up that said, ‘LeBron won Kuzma his ring’ and I said, ‘without Bron, Cleveland wouldn’t be shit.’ They chose violence.”

Kyle Kuzma had extra motivation on his game-winning 3

"There were some hecklers during the game talking to me so I had to. It was their fault, really."

"They had a sign up that said, 'LeBron won Kuzma his ring'"

"And I said, 'Without Bron, Cleveland wouldn't be shit.'" pic.twitter.com/mcgy3aqtCe

Kyle Kuzma on the team’s resiliency:

“We got a resilient group of guys, really. We had no business kind of winning that game with that type of energy and that type of play for three and a half quarters, we didn’t have a lead the whole second half obviously until the end but when it was clutch time we did a good job of playing the right way, finding the open man and also getting stops. We held that team to 94 points, that’s big time. For us to do that on the road to start a road trip off right with the stretch of games we have, it’s important.”

Bradley Beal on the emotional loss of his grandmother, being there for his teammates, and vice versa:

“It was tough yesterday because I was already here and didn’t want to leave and have my teammates worrying that way. It’s crazy, I’m never thinking about myself. I’m always thinking about the team and other guys and just how they would feel versus when I was the one who needed a lot of pick me up tonight and I had that. Like I said, it’s okay to go through stuff, I can’t be Superman all the time and I wasn’t Superman tonight at all. So I definitely credit my teammates and support system for getting me through. I know I have tougher days ahead for sure, especially this weekend, but you trust the Lord and keep moving. It’s all I can do.”

Montrezl Harrell on the impact of Wes Unseld Jr.:

“I thought they did a right job picking the right head coach… Coach comes in with a simple game plan both offensively and defensively as far as each team goes but coach does all the little things that some guys that some guys you know, may not want to do at that point in times in certain situations. But we all bought in and push one another because of him and at the end of the day, it’s a collective group effort… I think this organization moves at it’s best when we’re all working together as one.”