Eagles flight pattern will get an altitude check in Denver 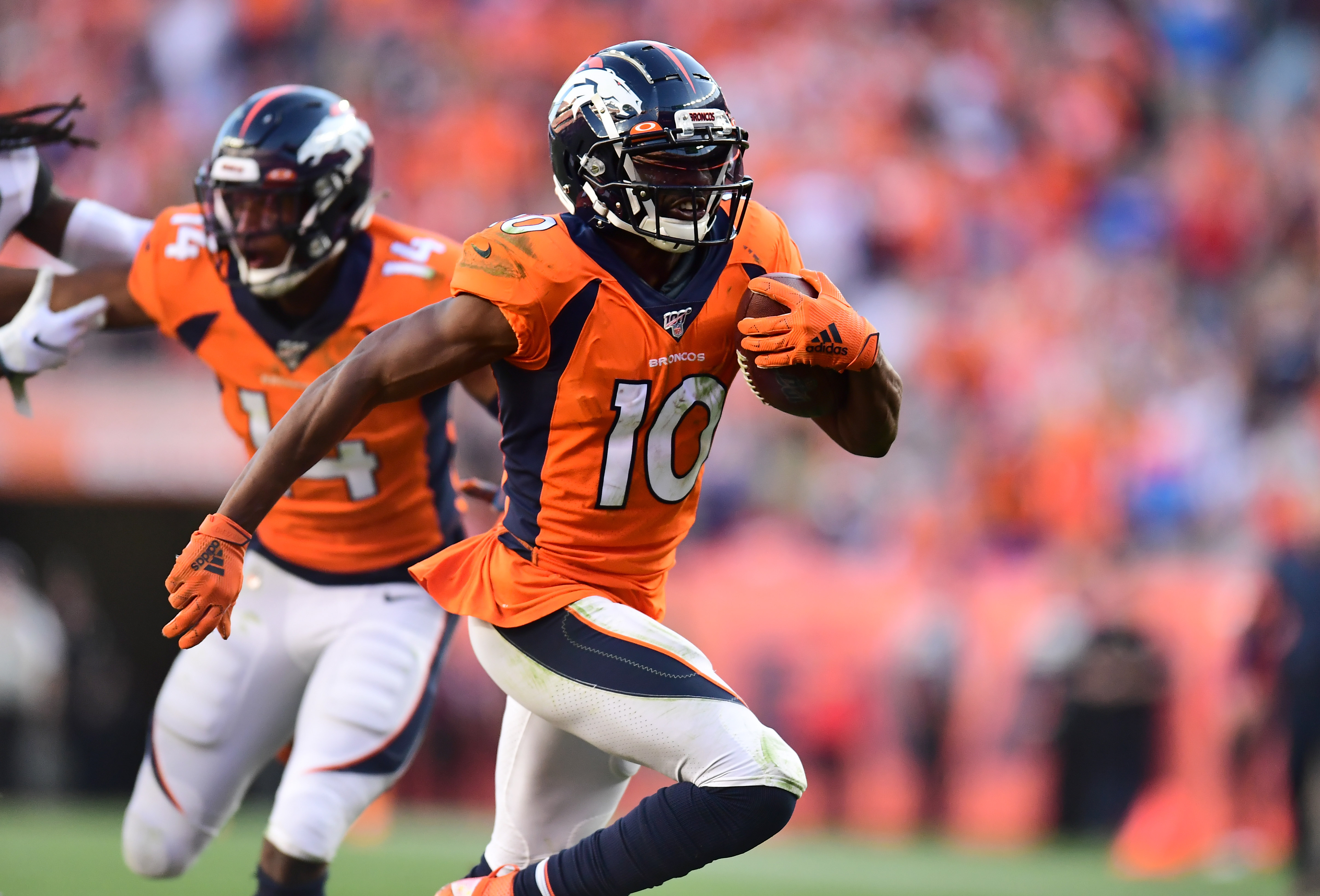 Eagles flight pattern will get an altitude check in Denver

No rest for the weary…the Birds go on the road for their 10th consecutive week of battle.  One could argue, if any team could use a Bye right now, it would be the Eagles.

But the Broncos would be a close second.  At 5-4, the Denver Broncos have overcome a relative mountain of adversity since the season began. Mostly due to the ravages of the injury bug, the Broncos have been dealing with a constant need to churn the roster.

The Broncos earned their most impressive win of the season on Sunday, leaving Dallas with a 30-16 victory that wasn’t nearly as close as the score indicates. With the victory over the previously one-loss Cowboys, the Broncos both improved their playoff odds and sent a message to the rest of the AFC that they would not simply slink away from the postseason race.

The Broncos did seem to play close to their best football in their Week 9 win over Dallas. Denver’s offense reached the 30-point mark for the first time this season, and the defense shut out Dallas’ third-ranked scoring offense through the first 55 minutes. Denver may need a similar sort of effort against Philadelphia.

The replacement offensive line did a fairly good job of pass protection, enough to move the Broncos from dead last to 31st in pressure percentage allowed. They did a really nice job of run blocking leading a season-high 190 rushing yards on a season-high 41 rushing attempts. Javonte Williams was running like Earl Campbell and Melvin Gordon was making the most of his carries as well.

Defensively the Broncos were without their entire starting linebacker group from game one. In fact, relative to game one, the Broncos defense was down six starters (all four linebackers plus Bryce Callahan and Mike Purcell).

The Bronco defense will be without CB Patrick Surtain this week and it’s entirely possible that a healthy Jalen Hurts will make the open throws that an ailing Dak Prescott could not on Sunday. Broncos Wire reporter Jon Heath agrees:

“Eagles’ keys to victory: Dual-threat QB Jalen Hurts is the key to Philly’s attack, leading the team both through the air and on the ground. Hurts has been inconsistent on deep passes, though, and Denver boasts a talented secondary. Attacking the middle of the field with short and intermediate passes might be Hurts’ best game plan. Philly should take advantage of the Broncos’ inexperienced linebackers by giving TE Dallas Goedert a big role in the passing game on Sunday. On defense, the Eagles should stack the box and force Denver to beat them through the air.”

Gee, sounds simple enough…but there’s a lot of nuance that gets lost when you’re the visiting team at Mile High, and the crowd noise is fierce.

Broncos’ keys to victory: Denver QB Teddy Bridgewater has to protect the football, and offensive coordinator Pat Shurmur should continue feeding RBs Melvin Gordon and Javonte Williams after they combined for 191 rushing yards last week. The Broncos’ banged-up offensive line could struggle to fend off Eagles DLers Javon Hargrave and Josh Sweat in passing situations, but Denver should lean on their ground game against Philly’s struggling linebacker corps. On defense, containing Hurts will be the Broncos’ top priority.

Matchup to watch which won’t happen: Eagles WR DeVonta Smith vs. Broncos CB Pat Surtain … Smith and Surtain were teammates at Alabama, lining up against each other in practice from 2018-2020. They were set to face off for the first time in the NFL in a Crimson Tide showdown. But now,  Surtain, who was the Broncos’ first-round pick this past April, will miss multiple games with what team sources said is a sprained knee. The Broncos were taking that diagnosis as good news, however, with the potential of Surtain’s return to the lineup later this season.

But the Broncos received good performances against Dallas from multiple cornerbacks, including Ronald Darby and Nate Hairston — not to mention Kyle Fuller, whom the team benched earlier this season.