Eagles put it together in 30-13 win over Denver 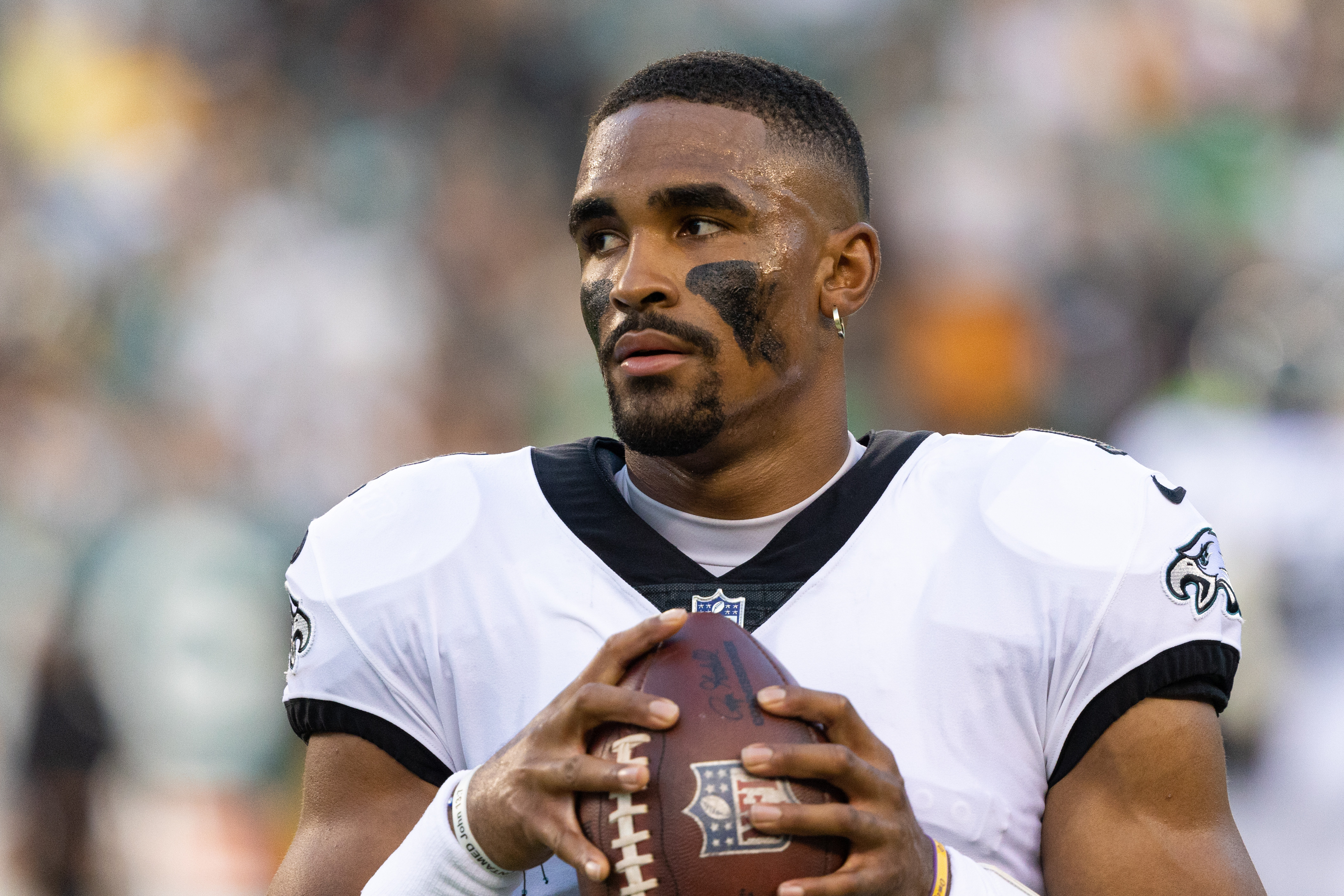 Eagles put it together in 30-13 win over Denver

The Eagles rode a powerful 214-yard running game and an encouraging performance from Jalen Hurts. The defense limited Denver to 309 total net yards, 89 on the ground, and one touchdown in five trips to the red zone,

Cornerback Darius Slay scooped up a loose football on the final play of he third quarter and returned it 83 yards for a touchdown, sparking the Philadelphia Eagles‘ 30-13 upset of the Denver Broncos on Sunday. The special teams chipped in with a blocked field goal and three Jake Elliott three-pointers

The Broncos were driving for the tying touchdown late in the third quarter when linebacker Davion Taylor punched the ball out of Melvin Gordon III‘s arms just as he bulled his way across the line on fourth-and-1 from the Eagles 23.

“An offensive lineman tried to grab it,” Slay recounted. “I just snatched it out of his hand quick, like, ‘Nah, give me that. That’s mine.'”

Slay lost the handle on it himself and with tight end Albert Okwuegbunam bearing down on him, Slay recovered it on the bounce at his 18, stuck his left arm in the grass to keep his balance at the 16, then gathered himself at his 12 as linebacker Genard Avery blocked tight end Noah Fant.

Slay reversed field and ran down the Eagles’ jubilant sideline, slipping tight end Eric Saubert‘s tackle at the 30-yard line and racing right past quarterback Teddy Bridgewater — who didn’t even try to tackle him — at the Philadelphia 45.

Bridgewater explained he was trying to turn Slay back toward the middle of the field so a teammate could make the tackle, but there were no more orange jerseys at that point and Slay’s score as the quarter ended made it 27-13.

The Eagles established the line of scrimmage early and dominated with the run game against the NFL’s sixth-best run defense. It was an equal-opportunity effort from an offense that lost tight end Dallas Goedert to a head injury early on. Jordan Howard had 83 yards on 12 carries. Boston Scott was elusive with a career-high 81 yards on 11 rushes and Hurts added his own legs to the ground game with 53 yards on 14 carries. In the pocket, Hurts was calm, cool, and accurate against an array of Denver blitzes as he completed 16 of 23 passes for 178 yards including a beauty of a throw that wide receiver DeVonta Smith went up, up, and caught in the right pylon of the end zone against fellow No. 1 draft pick cornerback Patrick Surtain II for a 36-yard score that put the Eagles up 10-0 in a nearly perfect first quarter.

Hurts and Smith connected again in the second quarter to put an exclamation point on a 12-play, 75-yard drive as Hurts went to Smith in the back of the end zone to give the Eagles, after Elliott’s PAT, a 17-10 advantage. It was 20-10 at the half, with the defense limiting Denver to just 127 total net yards and eight first downs in the first half.

“It’s just Jalen trusting me like I trust him,” Smith said about the leaping grab over Surtain. “He gave me a chance to make the catch. That’s all you can ask for. I went up and got it.”

K’Von Wallace made one of the many plays of the game in the third quarter, penetrating from the right side of Denver’s protection and blocking Brandon McManus’s 22-yard field goal attempt, preserving the 10-point lead. Then the defense stepped up later in the quarter after Denver narrowed the difference to 20-13 and had the ball in Eagles territory after Hurts threw an interception. That’s when Big Play Slay made his presence felt.

With offensive coordinator Pat Shurmur out with a COVID-19 infection, Broncos head coach Vic Fangio praised Broncos QBs coach Mike Shula’s play calls. But the first series was a debacle: a 1-yard run, and a drop and a catch for minus-2 yards on two passes behind the line of scrimmage sandwiched by a field goal and a TD by Philadelphia.

Fangio said he would hold Monday meetings remotely because of the rash of COVID-19 cases that began with backup QB Drew Lock a week ago and now includes three other players, Shurmur and a practice squad member.

INJURIES—Eagles TE Dallas Goedert left the game with a concussion after an unflagged helmet-to-helmet hit by Simmons on a 24-yard catch that set up the Eagles’ first touchdown. Broncos ILB Baron Browning, the team’s defensive play caller, injured his back on Denver’s second defensive series and didn’t return.