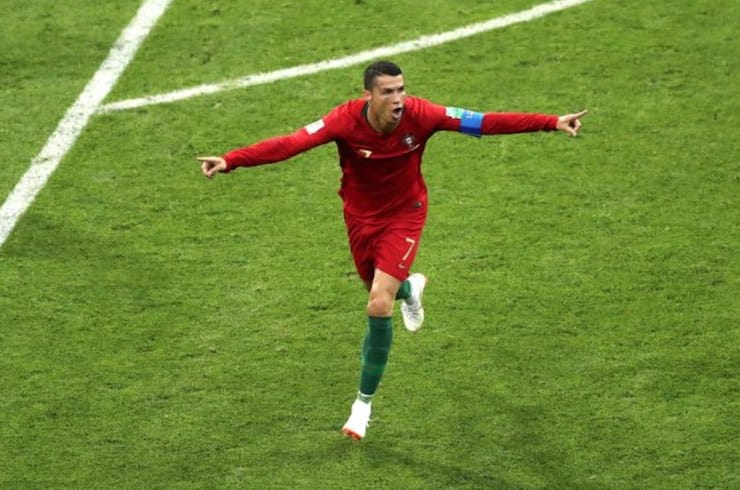 In Portugal’s opening match against Ghana, Cristano Ronaldo made history on Thursday by becoming the first male player ever to score in five different World Cups.

Ronaldo scored on a penalty shot in the 65th minute, marking the 118th goal he’s scored for Portugal. With help from Joao Fleix and Rafael Leao, Portugal went on to win the game 3-2 over Ghana.

Since debuting for Portugal in 2003, Ronaldo has netted 117 goals in 191 international appearances, giving him the world record for most international goals, enough to surpass legendary Iranian striker Ali Daei.

It seems like Ronaldo is breaking records both on and off the pitch.

Earlier this week Ronaldo became the most followed person in the world on the Instagram platform, amassing over 500 million followers. Now, a few days later, the Portugal star has made history again, becoming the first player to ever score at five consecutive World Cups.

Ronaldo commented about his milestone saying “It’s a beautiful moment, in my fifth World Cup. We won, we started off on the right foot, a very important victory”.

His first World Cup goal was in 2006 against Iran, where he scored a penalty shot en route to a 2-0 win. Four years later, at his second World Cup in South Africa, Ronald scored as Portugal beat North Korea 7-0. In 2014, Portugal beat Ghana 2-1 and Ronaldo scored in his third World Cup. His most successful World Cup campaign came in 2018 when he scored 4 goals, including a hat trick against Spain.

Although the goal-scoring accolades are a tremendous achievement, Ronaldo has yet to win the World Cup. Portugal’s best performance came in 2006 when it placed fourth.

Despite making history, Ronaldo will look to move on from his club, Manchester United, who finally released the Portugal Star on Thursday.

Even though the release was reportedly a “mutual agreement”, Ronaldo had been getting some heat following an interview he did with Piers Morgan, where he criticized the club and manager Erik ten Hag.

After scoring against Ghana, Ronaldo told reporters, “​​The important thing was that the team won. The [Manchester United] chapter is closed, and the focus is solely and exclusively on the World Cup. As I said, we wanted to start off on the right foot. We won, we played well, I helped the team. Everything else is not important. The important thing is the national team”.

While Ronaldo is the first male player to ever score in five World Cups, it’s been achieved before by two female soccer players: Marta and Christine Sinclair in the 2019 World Cup.