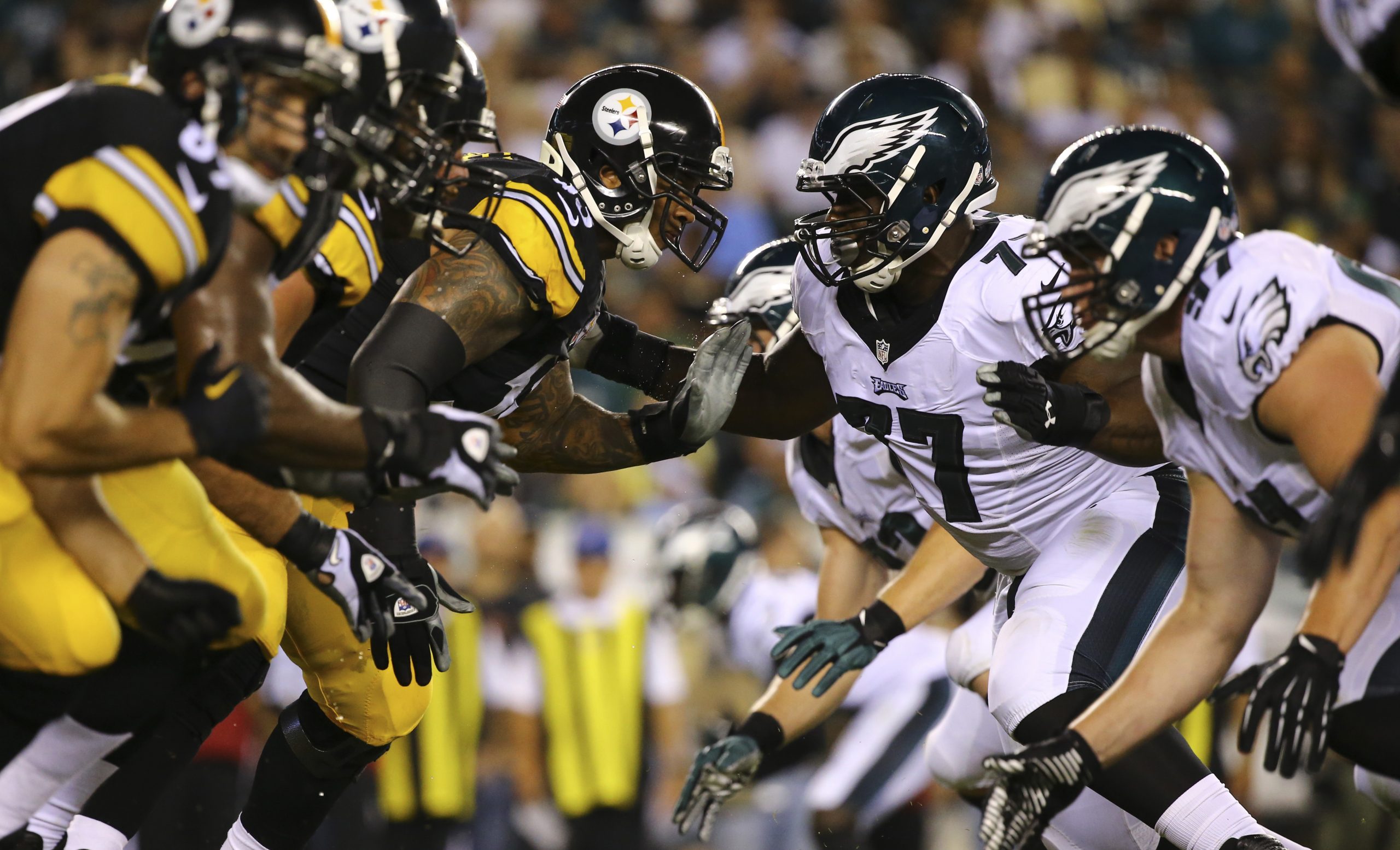 It was a week of self-scouting and healing and a few days of rest from the grind. There was a big trade for a well-known defensive end.  Now the Eagles will find out if they can continue their winning run with the prospect of playing two games over five days looming. The Birds host the Pittsburgh Steelers this Sunday, then must travel to Houston to play the Texans next Thursday night. They’re gonna need all the veteran depth they can muster, and the guy they just traded for will help provide it.

The Chicago Bears traded veteran pass-rusher Robert Quinn to the Philadelphia Eagles in exchange for a fourth-round draft pick. The move signals the obvious ambition of Philly’s GM Howie Roseman to go all in this season. But let’s not get too far ahead in the story just yet.

This is the third time Quinn has been traded over his 12-year NFL career and the second time to a team in the NFC East. Quinn was sent from the Rams to the Miami Dolphins in 2018 and then to the Dallas Cowboys one year later. Quinn had been with the Bears since April 2020 when he signed a five-year, $70 million deal as a free agent. A league source confirmed that the Bears are absorbing the bulk of Quinn’s 2022 salary.

Quinn, a three-time Pro Bowl defensive end, broke the Bears’ single-season sack record with 18.5 in 2021. Though his statistics have leveled off this season, he is regarded as one of the top pass-rushers in the NFL. In seven games this season, he has one sack, three quarterback hits, two tackles for loss and eight total tackles.

On the Eagles’ side, they haven’t been lacking in pass-rush production — they’ve posted 17 sacks and 39 quarterback hits in six games — but they wanted to add depth at a key position, especially after losing defensive end Derek Barnett for the season with an ACL tear in the opener against the Detroit Lions. Quinn joins a group that includes Josh Sweat, Brandon Graham and Tarron Jackson, who have combined for 5.5 sacks on the year.

As for the Steelers?  They’re struggling at 2-5 and probably needed the early Bye week the Eagles got. Now Mike Tomlin’s team has a brutal road matchup against the 6-0 Eagles, and nearly every statistical metric shows that the Birds have been one of the most well-rounded teams this year. The Steelers, meanwhile, have managed a dismal 14.4 offensive points per game this season. In Week 8, Pittsburgh looks to avoid a dreaded 2-6 record before their Bye week.

Despite making the switch at quarterback from Mitch Trubisky to Kenny Pickett, things have not even remotely improved. Over the past three games, Pittsburgh is averaging just 11.0 points per contest, via Pro Football Reference. Defensively, they have allowed 72 points during this span (24.0 per game). Now they will face the most difficult opponent they have seen since getting slaughtered by the Buffalo Bills in Week 5.

But wait! GK Brizer (who patrols the brow of the EYE as gatekeeper) warns Eagles fans to beware the moors of a Halloween surprise:

“Hahaha…Trust me,..this is a Trap game. Trap games are not all alike,..and they can come at home or away. It’s a mindset trapped in an enigma,..a victim of circumstance. So,..STFU!!!,…Hahahaha!!! Do you like the Quinn trade? I don’t….he’s having a lousy year.”

“Arguably,.several years back,..the Eagles had the best team in the league. Still think that. They were undefeated (7-0) vs a very fine once-defeated Stillers squad. Bottomline: We got creamed,..it seemed like the Stillers knew our plays on D and O. I was shocked. Anyway,..yea,..this Stillers team is not nearly as good,…but we must be wary of their heritage and the hallmarks of a Trap game. I view it likely ,..26-23. Carry on,..knuckleheads.”

Fair warning, from the lens of Brizer who is not unaware that the game will be played on Mischief Night, with ghosts everywhere…Vegas has the Eagles as 10.5 point favorites.

If there is one weakness to the Eagles it is their middle-of-the-road run defense. Unfortunately for them, Pittsburgh cannot figure out how to get any sort of efficient run game moving. If there was a chance to keep this game close, running the ball would be how to do it. Pittsburgh’s offense ranks 30th in total yards per game, tied for 27th in turnovers and dead-last in passer rating heading into Week 8.

The quarterback change from Mitchell Trubisky to Kenny Pickett didn’t significantly jumpstart the offense. But coach Mike Tomlin said Tuesday he’s not ready to make more changes with his starters or coaching staff — despite calls for offensive coordinator Matt Canada’s job growing louder by the week.

“I don’t feel like I’m there,” Tomlin said of offensive changes, via the Pittsburgh Tribune-Review.

The entire offense is a mess. Najee Harris can’t break tackles behind a struggling offensive line. The first-round running back has generated 3.5 scrimmage yards per touch in 2022, last in the NFL (minimum 75 touches). The QB play has been a struggle, including Pickett’s three-INT evening in Sunday’s loss in Miami. And the receivers have been inconsistent. Following Sunday’s game, Chase Claypool asked for more deep shots in a continually restricted offense.

“We need more splash. We need bigger plays,” Claypool said. “We need to go down the field a little bit. Sometimes, a defense prevents that, but we have to go down the field.” It was presumed last year that Ben Roethlisberger‘s aged arm was a reason for the lack of downfield targets. However, with the trend seeping into 2022, the issues are clearly with Canada’s offense and a sieve offensive line.

Besides the injury status of Watt, the Steelers are missing other key pieces. Rookie receiver Calvin Austin is still banged up. The defensive backfield just can’t get healthy. Cornerback Levi Wallace, who missed the Buccaneers game with a concussion, is being evaluated for a shoulder injury. Cornerback Josh Jackson has a groin injury.

Everything points to advantage Eagles.  But heed the words of GK Brizer.  If ever a trap was set, this creepy scenario could be the one on a Halloween Eve in Philly.