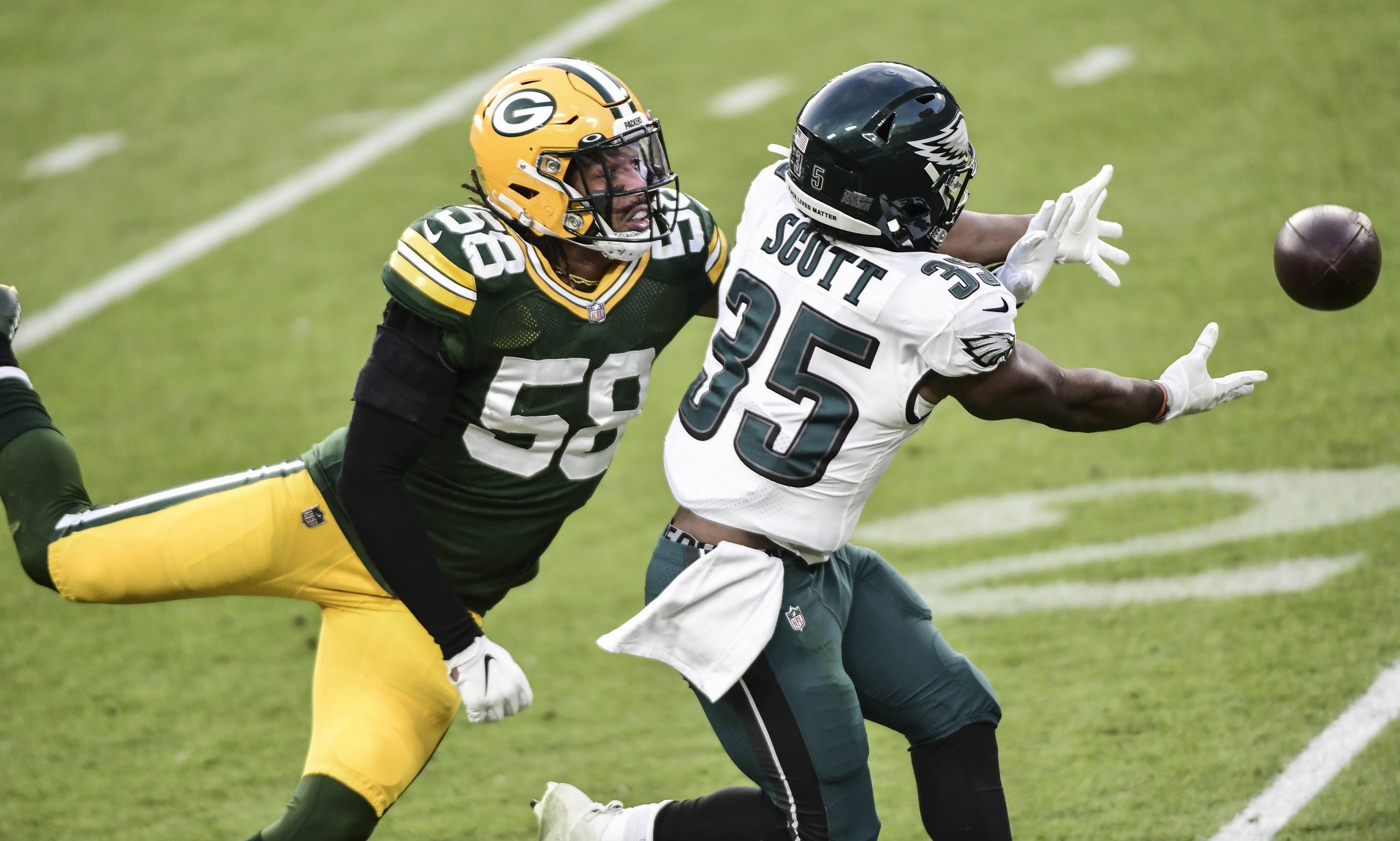 The upcoming Draft gets most of the personnel speculation as we head down the stretch to April 29-May 1 weekend, but it’s only fair to note the number of young veterans the Eagles have invited back to the team.  Most of these guys are Exclusive Rights Free Agents, which basically means they can take a 1-year deal for $850,000, or sit out the 2021 season for nothing.

Here is a look at the Eagles’ exclusive rights free agents:

Meanwhile some slightly older guys had a little more leverage with their contractual situations.

• DE Brandon Graham – The longest-tenured player on the active roster signed a one-year contract extension through 2022 on March 15.

• DT Hassan Ridgeway – Agreed to terms on a contract with the Eagles on March 18.

• TE Joshua Perkins – Perkins was set to be a restricted free agent, but he was not tendered a qualifying offer by the Eagles. He is free to sign with any team. He can still re-sign with the Eagles.

And here are the older guys who got away:

• S Rudy Ford – The special teamer agreed to terms on a contract with the Jacksonville Jaguars on March 17.

• LB Nathan Gerry – Gerry signed a one-year deal with the 49ers on March 29. A starter on defense in 2020, Gerry finished the season on Injured Reserve with an ankle injury.

• S Jalen Mills – A starter at cornerback on the Super Bowl LII team, Mills transitioned to a hybrid safety/cornerback role in 2020. He returned to Philadelphia on a one-year deal after testing the free agent market last offseason. This time around, he signed with the New England Patriots.

• LB Duke Riley – A special teams captain for the Eagles last season who started eight games on defense, Riley reportedly agreed to terms on a contract with the Miami Dolphins.

• P Cameron Johnston – Johnston was set to be a restricted free agent, but he was not tendered a qualifying offer by the Eagles allowing him to sign with any team. He reportedly agreed to terms on a contract with the Houston Texans on March 19. The Eagles will have a new punter and holder in 2021. Currently, Arryn Siposs is the only punter under contract on the roster.

On the whole the Eagles are getting younger, but prudently so with islands of veteran experience available for refuge. They are counting on a good Draft to energize a creative balance between something old and something new.

Some older guys still not signed as of this writing: