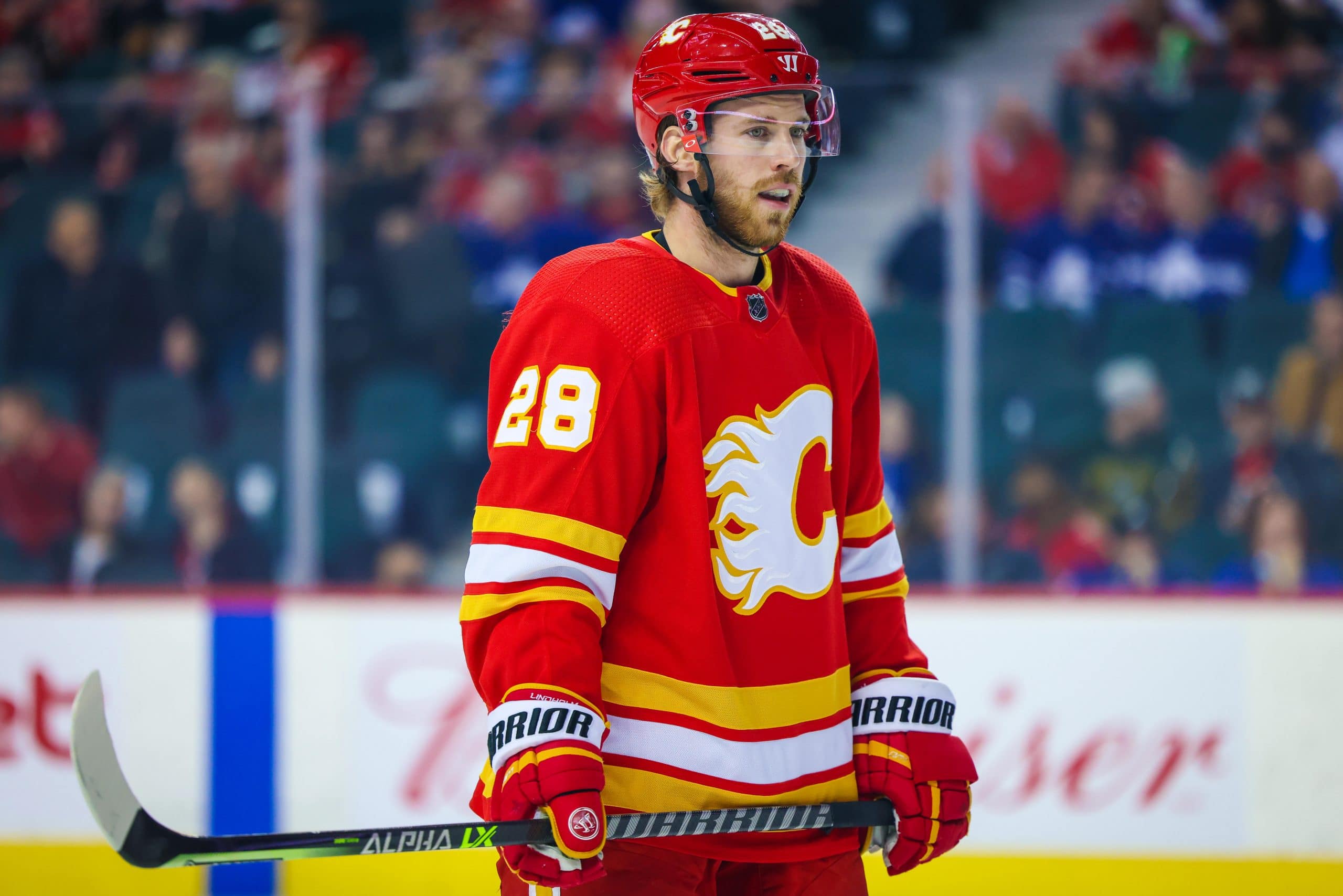 Calgary Flames center Elias Lindholm of Boden, Sweden has been named the National Hockey League First Star of the Week on Monday according to Ryan Pike of flamesnation.ca.  In three games during the period from February 14-20, 2022, he had four goals and four assists for eight points. Lindholm also was a +4 with four penalty minutes, one power-play goal, two game-winning goals, 11 shots on goal, three hits, and 21 faceoff wins.

Lindholm began the week with one goal and two assists for three points in a 6-2 Flames win over the Columbus Blue Jackets on February 15. He then had two goals and one assist for three points (including the game-winning goal) in a 6-2 Flames win over the Anaheim Ducks on February 16. In this game, Lindholm tied a career high with eight shots on goal. He also had eight shots on goal while with the Carolina Hurricanes in a 4-1 win over the Toronto Maple Leafs on December 18, 2014, in a 7-3 Flames loss to the Edmonton Oilers on March 17, 2021, and in a 2-1 Flames loss to the Philadelphia Flyers on November 16, 2021. Then, Lindholm had one goal and one assist for two points in a 2-1 Flames win over the Seattle Kraken on February 19. In this contest, Lindholm once again had the game-winning goal to break a 1-1 deadlock with 12 minutes and 29 seconds left in the third period.

Then on the day that Lindholm received the honour of the First Star of the Week, he scored a key goal again. This one was the game-winning goal in a 3-1 Calgary win over the Winnipeg Jets with 47 seconds left in the third period.

On the season, Lindholm now has 23 goals and 26 assists for 49 points, is a +39, with 10 penalty minutes, 12 power-play points, one shorthanded point, 138 shots on goal, 480 faceoff wins, 28 blocked shots, 37 hits, 38 takeaways, and 24 giveaways. Lindholm’s +39 is the second best in the NHL, only behind his teammate, Johnny Gaudreau, who is a +41. According to Eric Francis of Rogers Sportsnet, Lindholm is the clear favourite to win the Selke Trophy this season.

Lindholm is the second Flame this month to be named NHL First Star of the Week. He follows Jacob Markstrom. But most impressively, the Flames are winners of 10 straight games, and lead the Pacific Division with 66 points.