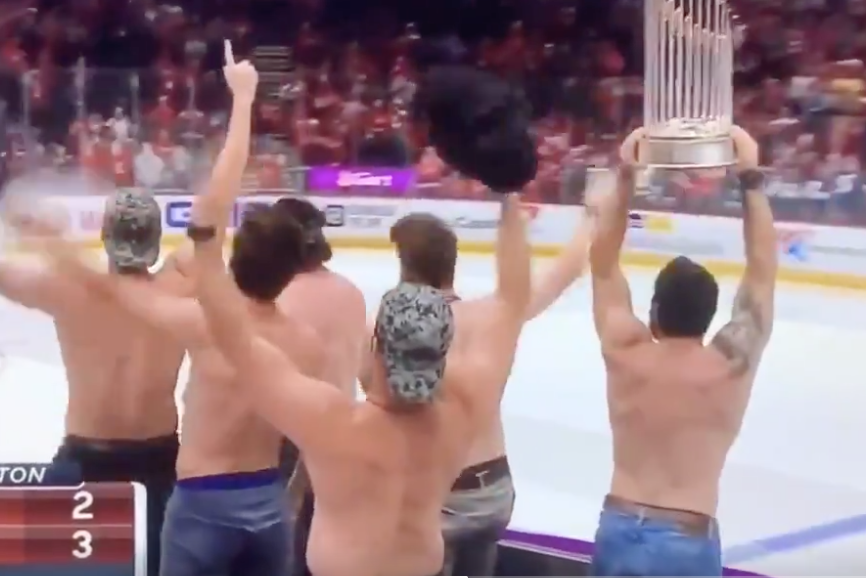 The Washington Nationals’ month of partying officially began on Saturday, when the team returned to Washington D.C. and celebrated the World Series win in a parade around the city.

And it didn’t exactly slow down on Sunday, either.

Nationals players apparently don’t need to take a day off, as baseball stars don’t need recovery days — or at least these guys did not. They hit up the Capitals-Flames game at Capital One Arena, and they were invited to bro it up on a Zamboni in between periods, bringing their coveted trophy with them.

Not only that, they had a blast in a suite as well.