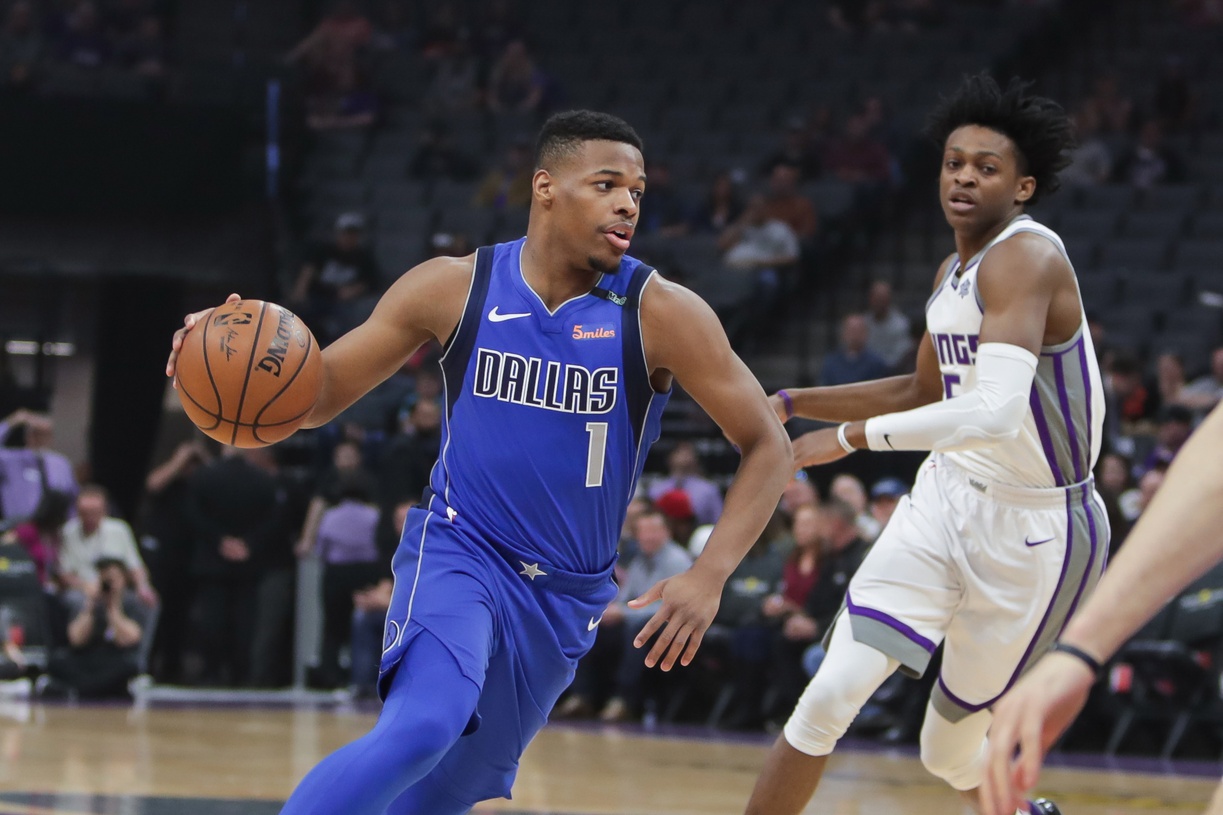 As you’re already aware, the NBA released the full regular season and national TV schedules on Friday. And so, it’s time to dive into our annual NBA League Pass Rankings and schedule analysis.

Please note that none of the top-16 most televised teams will be featured in these rankings. The chart below is accurate as of the publish date. *(And the Lakers/Warriors Christmas Day showdown, which will air on both ESPN and ABC, is listed only in the ABC section, as is any other game slated to air on two stations)*

Some preliminary thoughts on the top teams before we get into the rankings:

Kristaps Porzingis could miss the entire 2018-19 season recovering from a torn ACL. So of course the Knicks still received more TV appearances than 12 teams and host the Bucks on Christmas. Shame on you, schedule-makers.

No matter how hard I try, I can’t get excited about the Pistons. Reggie Jackson, Blake Griffin and Andre Drummond just doesn’t do it for me.

I’ll be tuning in to the Chicago Bulls this season for one reason: Wendell Carter Jr. He gained a lot of experience protecting poor defenders at Duke last year, but I wonder how long it will take before Carter goes crazy on matadors Zach LaVine, Jabari Parker and Lauri Markkanen.

I’m skeptical of Collin Sexton’s skillset, but he’s nevertheless fun to watch. Then there’s Kevin Love, who could hop into the hot tub time machine. Minnesota numbers shouldn’t be expected, but also can’t be counted out.

The Nets were an intriguing, uptempo squad last year, exceeding expectations despite injuries (to D’Angelo Russell and Jeremy Lin) thanks to Spencer Dinwiddie, Caris LeVert, Jarrett Allen, Rondae Hollis-Jefferson and DeMarre Carroll. I’m curious to see whether the Nets will continue building momentum or regress. Possessing their own first-rounder for the first time since 2013, it’s a win-win situation for Kenny Atkinson and company.

Watching these Clippers could be a little bit like reading a mystery novel. From an outside perspective, it’s hard to predict the front office’s master plan. Will Tobias Harris, Lou Williams, Marcin Gortat, Danilo Gallinari and Avery Bradley remain on the roster all year? Could this team actually compete for a playoff spot in the loaded Western Conference? Could they tank without trading veterans? I have my doubts about all of the above. What I don’t doubt is that the Clippers will be scrappy, well-coached and fascinating to follow.

Orlando is obviously going to be an offensively-challenged team. They are going to struggle when it comes to putting the ball in the basket. But if you enjoy defense as much as me (and chances are you don’t), then you are undoubtedly amped up about the duo of Jonathan Isaac and Mo Bamba. If Nikola Vucevic is traded before the season, I reserve the right to re-write this column, in which case you can expect an Aaron Gordon jump for the Magic.

I’m still not sold on the Suns drafting Deandre Ayton, who in my eyes was not a top-5 prospect from this class. And despite adding Trevor Ariza and Mikal Bridges, the defense is still going to be dreadful. But Devin Booker is an offensive supernova capable of cashing in buckets from the parking lot.

Countless commentators and columnists have compared Atlanta’s rookie backcourt of Trae Young and Kevin Huerter to Steph Curry and Klay Thompson. It’s doubtful either Hawk reaches such a lofty height. Regardless, I’m all in on this from a League Pass standpoint, especially if veterans Kent Bazemore, Jeremy Lin and Dewayne Dedmon aren’t dealt. With guys like Bazemore, Lin, Huerter, Taurean Prince and John Collins at his disposal, it’ll be fun to see what Young and company can accomplish.

Because Sacramento already dealt its 2019 first round pick, the Kings’ coaching staff won’t be purposely orchestrating the tanking of games. Instead, the De’Aaron Fox show is about to start, and I’m buying a ticket. Fox and Harry Giles is a tantalizing point guard-center duo on both ends even if the offensive spacing isn’t ideal. Second overall pick Marvin Bagley will almost certainly struggle to fit in, and this team is going to lose a lot more than it wins. But in the Western Conference, this comes with the territory. Like the young Suns, the Kings will be tested night in and night out. Between can’t-look and can’t-look-away, I’m clearly closer to can’t-look-away.

The Hornets are a middling team in the weaker conference, with an expected win projection of 35.5. So why the optimism? For one, I’m firmly seated on the Miles Bridges bandwagon. I think he’s going to steal that starting power forward spot from Marvin Williams and flourish alongside Kemba Walker, Jeremy Lamb and Nic Batum. Second, Kemba’s crossovers alone are worth twice as many TV appearances as the Hornets got. Third, I feel the Hornets are a decent bet to beat out Detroit for the final playoff spot in the East. Cody Zeller and Bismack Biyombo are known for their willingness to do the dirty work — and I’m still optimistic about Michael Kidd-Chilrist’s abilities as a small-ball center. This team will be better than the sum of its parts.

The rebirth of Grit N’ Grind will not be televised. Only one of these four national appearances is not on NBATV, their annual Dr. Martin Luther King Jr. Day game, which this year is a TNT matchup with the Pelicans. The twin towers of Jaren Jackson Jr. and Marc Gasol could be devastating defensively and stretchy on offense. If Gasol and Mike Conley locate the fountain of youth (and health), I won’t be surprised if Memphis sneaks into the playoffs.

Just four ESPN and six NBATV appearances for the Mavericks is a mistake. An offensive-minded tandem of Luka Doncic and Dennis Smith, with the Slovenian sensation setting up the high-flying, sweet-shooting sophomore and the rim-crashing DeAndre Jordan, is a recipe for music in motion.