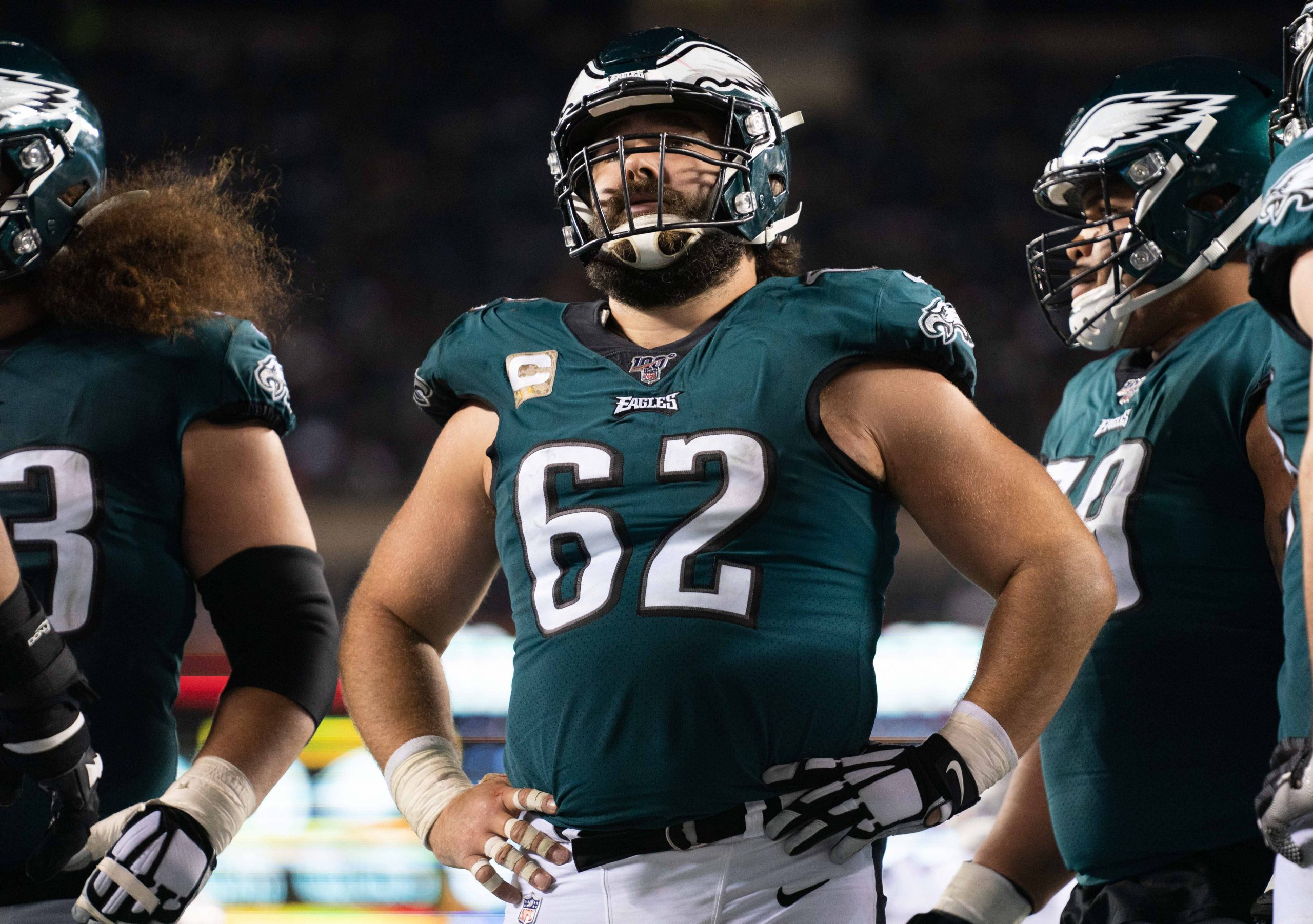 Looks like the meltdown of the Eagles’ offense and defense in Dallas last Sunday unleashed a bursting dam of pent-up resentment among local media and fans, as if they are collectively just realizing the team and its organization are at the ends of their ropes.

EYE call it a natural end to a natural cycle of blossom, mature crop, harvest and decay.  Hey, the championship caliber Birds had their run 2016-2020. It ends here.

But drama is what sells on TV, radio and news outlets, so the Eagles are now one of the big stars of the “What Went Wrong?” media crowd.

Sunday’s loss fell mostly on the defense, but everyone has had a turn contributing to the Eagles’ worst season since 2012, when they went 4-12 in coach Andy Reid’s last year in Philly.

So now the “glass half-empty” is what’s firing up the Philly media. They are observing the “Gomer” rule, which suggests you “Pyle” on a team’s failure.

Even former players like Brian Baldinger and Seth Joyner are piling on, nitpicking every defensive call and formation in the Dallas game.  Tim McManus at ESPN.com was brutal:

“The Eagles are now a week away from what promises to be a drama-filled offseason during which the fate of coach Doug Pederson and quarterback Carson Wentz will be decided.  One way or another, changes are coming. That’s what happens when a team falls a mile short of expectations and a championship-caliber nucleus reaches its expiration date.”

Well, he may be right, but I doubt you’ll see either the head coach or the former QB1 getting the sack in 2021.

Look, this 4-10-1 team was a mess from the get-go. Too many things were already screwed up beyond help from day one in September. We’re talking injuries, delayed surgeries, leftovers from bad contracts, aging players with good contracts, and a disappointing bunch of draft picks.

Add to that a stupid amount of regression by a quarterback that for multiple reasons just stopped getting better… and a head coach who took too long to accept it.

Losing the way the Eagles did to Dallas last Sunday was just the icing on the reality cake. The fact that the team was on the decline was evident long before the latest crushing loss.

The Eagles played exactly like who they are right now— a bunch of replacement players and retreads trying to mesh with a few veterans who actually know how to win.  The winners are outnumbered.

The BEAST, a former Philly DJ whose true identity I will not reveal, summed up the frustration in his latest column at EagleManiacal.com:

“Well, the Eagles got 60 rushing yards from Hurts. The problem (as always), is that they stopped handing the ball off. RB Miles Sanders had just 15 carries in this game, which doesn’t look too different from most weeks. Until you realize that 11 of those were in the first half. Back when the Eagles were still in the game.

“We didn’t get enough heat on the Cowboys back-up QB, and he picked us apart, basically looking like a dad playing catch with his kids.

“Cover Two, where are you?: The Eagles did shift to some of this later in the game. However, for most of it, Defensive Coordinator Jim Schwartz, absolutely stranded and abandoned undrafted, rookie CB Michael Jacquet out in man coverage. The result was the Cowboys offense “running a train” on his ass. This was pitiful. It was shameful. Putting that kid out there to be bitch-beat like that.

“This week we faced a QB, not a RB who can throw. It exposed two things. The first was our piss-poor Secondary. Many blame injuries, but we were looking like this Week 2 vs the Rams with everyone healthy. Yet again our defensive system was exposed.

“The second thing that was exposed was Jalen Hurts. When the Cowboys made him play from the pocket, he became a shadow. It took the Saints a half to figure out that they need to stop him from scrambling to his right. The Cardinals caught on faster. The Cowboys faster still. Three games in, and he’s already been figured out. The upcoming Washington game might put this debate completely to bed.

“Anyone who claims that Wentz was the problem, but is happy with Hurts, is totally full of shit. If the idea is for the Eagles to win, then you should still be disappointed. But I know. You want to blame the coaches for not running the ball now. And the Offensive Line for not blocking better. And the Secondary for being a bucket with no bottom. Go ahead. Let me hear it. You know you want to say it…

“Again. Wrong. They aren’t excuses, they’re reasons. And they all are 100% true. Hurts can use them. Wentz can use them. And if we don’t fix them, then this team won’t go anywhere, with any QB. This civil war among Eagles fans has got to stop. This is not Wentz vs Hurts. This is Eagles vs sucking ass. The enemy is out there, Eagles fans. Stop arguing over the QB. Let’s fix the real problems.”

Like EYE said, it’s all just part of the bad-to-better-to- mediocre-to good cycle which is the nature of football teams in the NFL.  So the BEAST may be overreacting a tad, but he comes closest among all the Philly media to at least acknowledging the decline of the Eagles as fixable—eventually.