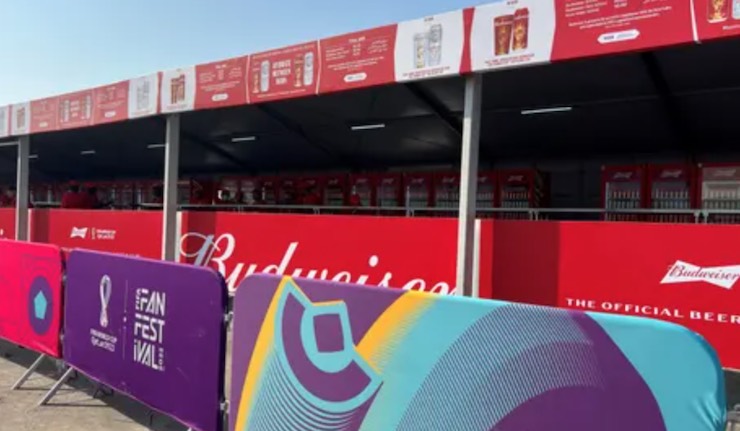 In a drastic turn of events, officials at the 2022 World Cup in Qatar have decided to stop selling beer during the month-long tournament.

According to an official statement from FIFA, “Following discussions between host country authorities and FIFA, a decision has been made to focus the sale of alcoholic beverages on the FIFA Fan Festival, other fan destinations and licensed venues,”

The decision means that beer would not be sold within the parameters of Qatar’s FIFA World Cup stadium.

In Qatar, the sale of alcohol is tightly controlled. Even prior to the ban, soccer fans arriving for the worldwide tournament were already infuriated by the price, selection, and restrictions around beer.

According to reports, Budweiser, the tournament’s official sponsor, was the only beer being served inside the World Cup Fan Zone. Prices for one 500ml Budweiser was set to cost fans $13.73 with restrictions on when (after 7pm) and how much (four beers) can be sold to patrons.

The decision to ban beer from the 2022 World Cup stadium will likely complicate FIFA’s $75 million sponsorship agreement with Budweiser. With organizers scrambling just days before the start of the event, it also suggests that FIFA may no longer be in control of major decisions related to its event.

At the 2014 World Cup in Brazil, tournament organizers pressured the Brazilian government to change a law that prohibited beer from being sold in stadiums. At the time, that law had been in effect for more than a decade (since 2003).

While beer will not be sold in the stadium, Budweiser beer will still be available in the World Cup Fan Zone, albeit at a steep price.