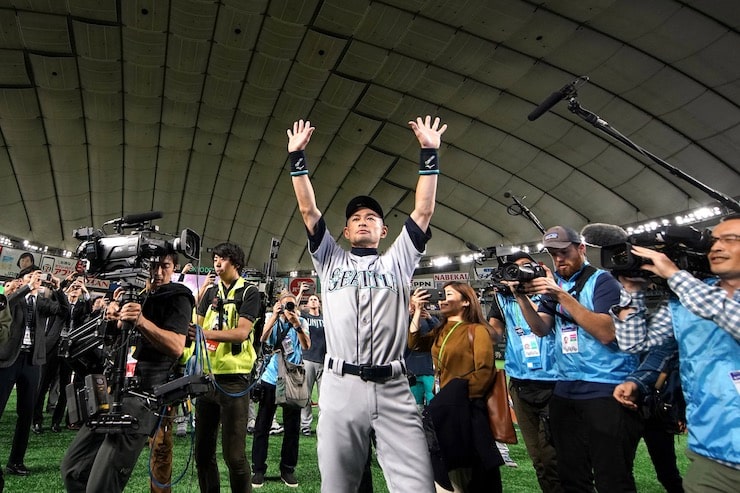 Major League Baseball will return to Europe in 2023 as the Chicago Cubs and St. Louis Cardinals will face each other in a National League Central Division battle from London Stadium in London, England on June 24 and 25, 2023. This will be the third and fourth Major League Baseball games ever played in London, as back in 2019, the New York Yankees and Boston Red Sox played a two-game series at London Stadium. Here we will take a look back at the five best Major League games played outside North America.

In this contest, a remarkable 30 runs were scored at London Stadium on June 29, 2019. The first inning took 58 minutes to play as each team scored six runs. Yankees leadoff hitter DJ LeMahieu, an All-Star in 2019, had four hits in six at bats, and had five runs batted in. The Yankees won despite the fact designated hitter Edwin Encarnacion struck out five times. The Yankees then pounded Red Sox pitching the next game in a 12-8 New York win.

These two National League West Division rivals played at the Sydney Cricket Ground in Australia on March 23, 2014 in the second game of a two-game series. After the Dodgers won game one of the series 3-1, Los Angeles beat the Diamondbacks again by two runs with a 7-5 win. You might have thought this game was over after seven innings, as the Dodgers had a commanding 7-0 lead. However, the Diamondbacks made things interesting with one run in the eighth inning, and four runs in the ninth inning, to cut the Dodgers lead to two. Three Dodgers had three hits each. They were leadoff hitter Dee Strange-Gordon (at the time was just Dee Gordon), right fielder Yasiel Puig and third baseman Juan Uribe.

On March 20, 2019, the Seattle Mariners beat the Oakland Athletics 9-7 from the Tokyo Dome in Japan. The fan favourite of the game was 10-time All-Star and 2001 American League most valuable player Ichiro Suzuki of Nishikasugai-gun, Japan. Suzuki, who was 45 years old at the time, had two plate appearances for the Mariners, as he popped up to second base in his first at bat, and then walked in his second plate appearance. The Mariners star on the field was rightfielder Domingo Santana, who had a third inning grand slam, which put Seattle up 5-2 at the time.

On March 25, 2008, the Red Sox beat the Athletics 6-5 from the Tokyo Dome. In a game that went into 10 innings, the Red Sox and Athletics were tied at four after nine innings. Right fielder Brandon Moss hit a game-tying home run in the ninth inning. Boston then went up 6-4 on a two-run RBI double by Manny Ramirez. The Athletics responded with a 10th inning run, but it was not enough.

On March 21, 2019, the Mariners beat the Athletics 5-4 in 12 innings. In what will forever be remembered as Ichiro’s final game of his career, the Mariners won on a RBI groundout by Santana, which scored Strange-Gordon.