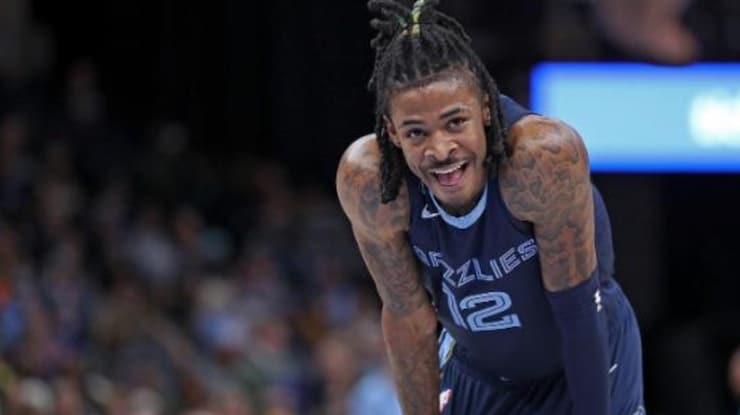 After returning to the Memphis Grizzlies’ lineup on Tuesday, Ja Morant was caught trying to get into Malik Monk’s head at the line with the game on the line.

The Grizzlies battled to the end in a 113-109 loss versus the Sacramento Kings on Tuesday at FedEx Forum. The Kings were on a seven game win streak as Morant came back into rotation after missing two games from an ankle sprain.

As Sacramento tried to pull away late in the fourth, the game came down to a free throw shooting contest.

With 3.9 seconds left on the clock in a 109-108 game, Monk needed to make two clutch free throws to bring the lead to three. As he went to the line, the Grizzlies’ star was caught taunting Monk before the free throws.

Morant was caught saying “don’t miss” to Monk three times at the line. The taunts didn’t seem to phase Monk at all as he sank both shots from the charity stripe with ease.

After making his free throws, Monk threw up his hands knowing he pretty much iced the game.

Ja went to the line later with a chance to tie it and missed 2/3. Kings win. 😬 pic.twitter.com/HcpxLZVl6J

Ja Morant taunted Malik Monk at the free throw line in Memphis’ loss to the Sacramento Kings. Morant proceeded to miss 2 of 3 FTs with a chance to tie the game.

Morant has a chance to seal it at the line

The taunts seemed to have caught up with Morant, as he had a chance to tie the game at the line after being fouled on a 3-point shot on the following possession.

With 1.7 seconds left, Morant went to the free throw line and missed not one, but two free throws in the final seconds to send Memphis to a loss. Despite the misses, Morant was single-handedly responsible for bringing the Grizzlies back in the fourth quarter, scoring 19 points in the fourth.

The Grizzlies’ star has been struggling from the line so far in the 2022 NBA season. He’s only shooting 67.2 percent from the line in his last seven games. Against the Kings, Morant went 9-15 from the line, and missed a pair of clutch free throws late in the fourth quarter.