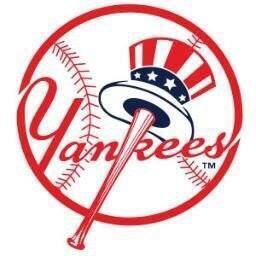 The New York Yankees were supposed to be in a rebuilding mode this season with the chances of making the postseason highly unlikely. As the playoffs approached and the Yankees being one of the two wild card teams could be classified as a success for this team. However, they defeated the Twins in the one game playoff, and despite being down two games to World Series favorite, the Cleveland Indians rallied and won the series three games to two.

They found themselves in the same predicament against the red hot Houston Astros and again were in an 0-2 hole. The Yankees won all three games in the Bronx and would return to Minute Maid Park needing just one more victory to get to the World Series for the first time since 2009. But a team with Jose Altuve, Carlos Correa, and Yuli Gurriel would provide the timely offense and deliver the Astros their second trip ever against the Los Angeles Dodgers. On the other side of the spectrum, the Yankee offense struggled mightily on the road and would strike out a majority of the time and not be able to deliver with runners in scoring position. Justin Verlanderis makes ALCS MVP as he pitched brilliantly and shutting down the Yanks power hitters with a line of two victories, 0.56 ERA, 21 Ks, and just two walks in sixteen innings.

Overall, New York has such a bright future ahead and these two teams will likely battle in many years to come with all of the young players both at the MLB level as well as the farm systems.

Prediction for the Fall Classic: Dodgers win in 6.