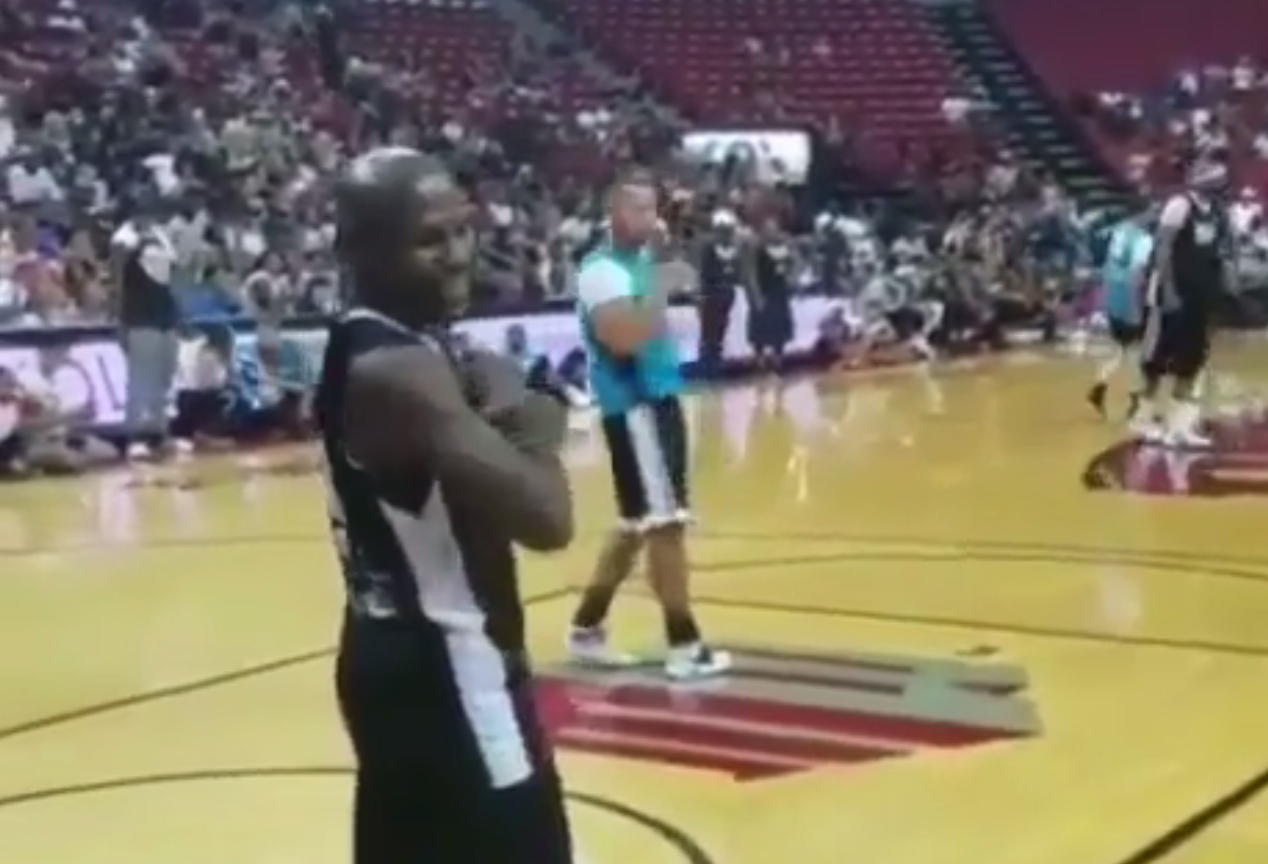 Everyone expected Floyd Mayweather Jr. to party it up after destroying Conor McGregor in last Saturday’s “megafight” at T-Mobile Arena in Las Vegas, but we all know that the GOAT never stops and never settles.

Less than 24 hours after he defeated “The Notorious One” by TKO, Mayweather was spotted playing in a celebrity hoops tournament at UNLV — repping TMT hard.

Former NBA’er Allen Iverson was in attendance for the game, since the BIG3 Championship took place on Saturday at MGM Grand.

AI had some things to say about Mayweather balling out, and you can view them in the clip below.

“Beat a MF-er a– and come out here and hoop…Got damn!” Iverson said.

Allen Iverson chatted with Floyd after the superfight (NSFW) (via @thefanaticsview, h/t @houseofhighlights)

Truer words couldn’t have been spoken. It doesn’t matter if it’s pre, during or post-fight — Mayweather is an active guy, and is always on the move.