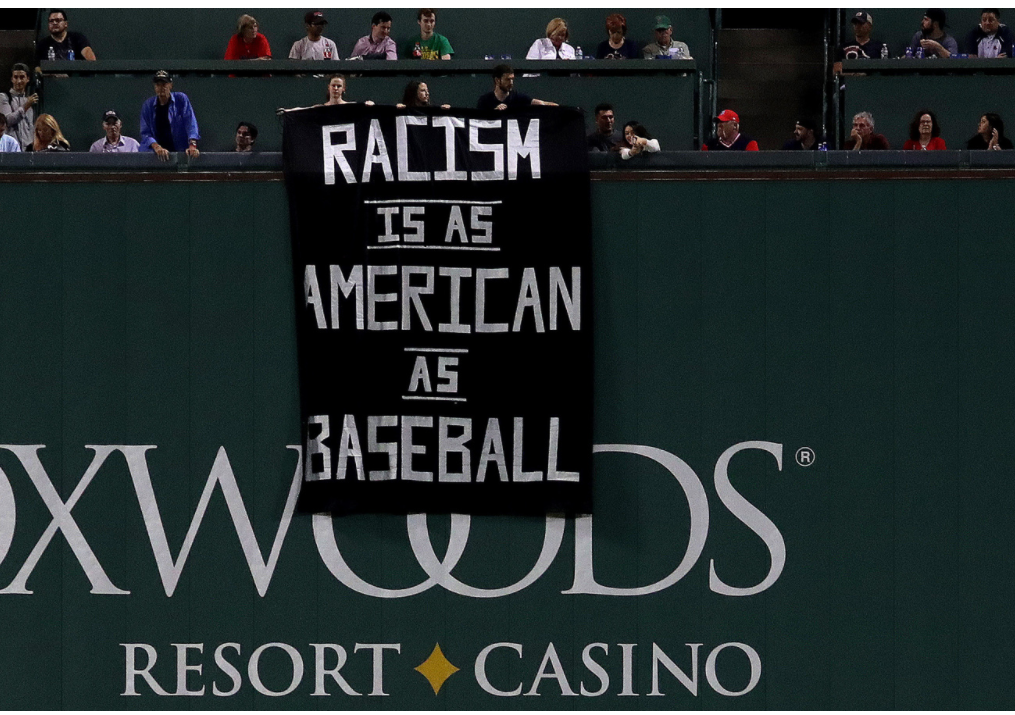 We have to wonder what a group of Red Sox fans were thinking at Fenway Park for Wednesday’s game against the Athletics, given what they decided to do.

The four fans who were seated in the outfield showed up to the game with a giant banner. Unfortunately, the banner had absolutely nothing to do with the game.

It displayed a racist message in black and white lettering — clearly no coincidence regarding the colors — and was displayed during the fourth inning. Here’s what it said.

“Racism is as American as baseball”

Currently @fenwaypark #Racism is as American as #Baseball. #SocialJustice pic.twitter.com/3xLUyClr3e

A sign that read 'Racism is American as baseball' was just dropped from the Green Monster by a fan at Fenway. pic.twitter.com/OYCbQYpjoh

It didn’t take long before security removed the fans from the venue, but their message was seen, so they probably were satisfied with their five seconds of “fame.” They won’t be laughing if their employers notice it, because what they did was pretty terrible.