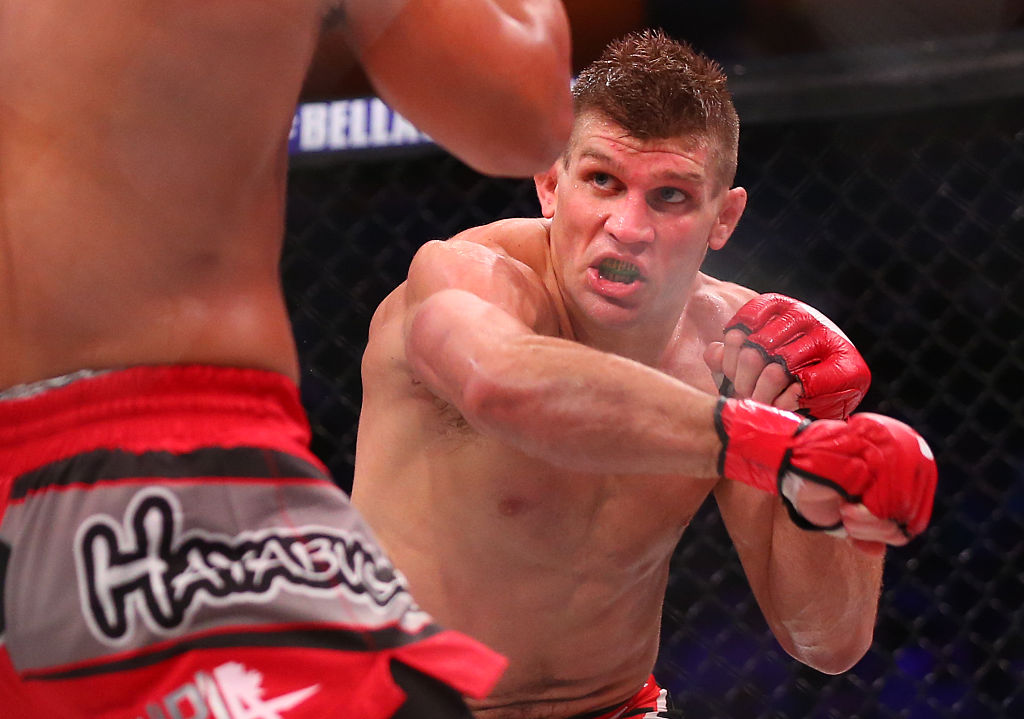 SAN JOSE, CA – APRIL 20: Benson Henderson prepares for the final round of his fight against Gilbert Melendez in their lightweight championship bout during the UFC on FOX event at the HP Pavilion on April 20, 2013 in San Jose, California. (Photo by Ezra Shaw/Zuffa LLC/Zuffa LLC via Getty Images)