Justin Turner reveals adjustment he made before hitting home run 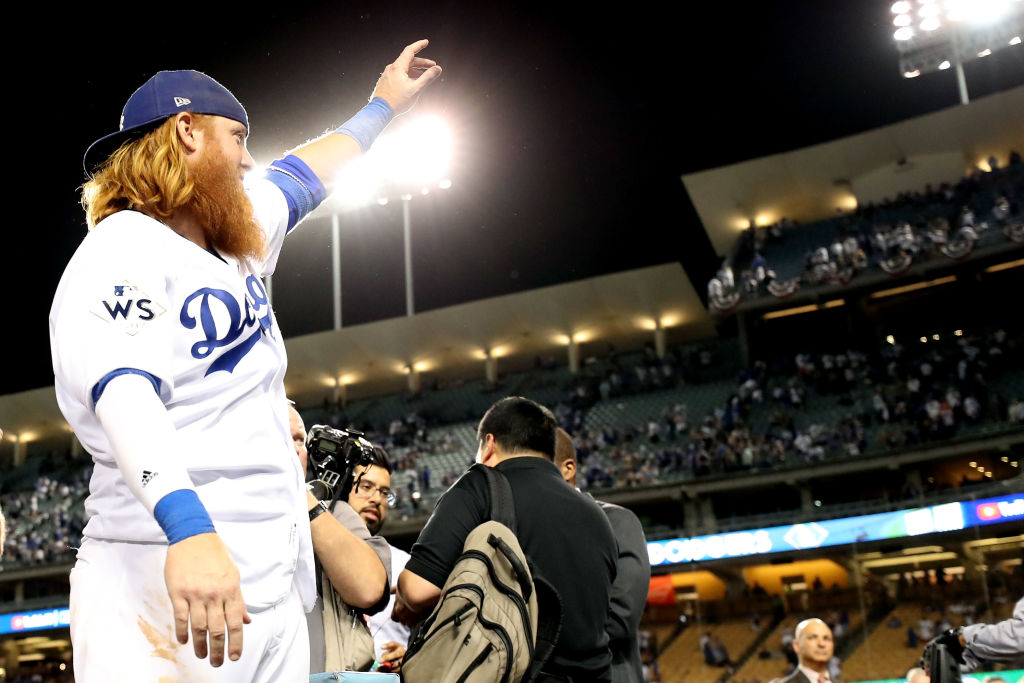 Justin Turner reveals adjustment he made before hitting home run

When the Dodgers have been in need of a clutch hit during the playoffs this year, they’ve looked to Justin Turner or Yasiel Puig. The two have delivered nearly every time they’ve been called upon, and are a big season the team is now three wins away from a World Series title.

Turner came through with the biggest hit in Game 1 on Tuesday, and his sixth-inning at-bat changed the entire scope of the game.

After a home run by Alex Bregman tied it up in the fifth inning, the momentum had shifted a bit, and suddenly, it was anyone’s game. But after Chris Taylor drew a two-out walk in the inning that followed, the Dodgers still had life.

And, most importantly, they had Turner at the plate.

Turner fell behind 1-2 in the count, but was not fazed. He saw a cutter from Dallas Keuchel that was up in the zone, and did not miss it. Turner hit the pitch into the stands, and the Dodgers jumped out to a 3-1 lead, which ended up being the final score.

After the game, Turner revealed that he noticed Keuchel had beat him inside in his two previous at-bats, resulting in a strikeout and him fouling out. So, he made an adjustment, electing to use a lighter bat for his third plate appearance of the night. That proved to be worthwhile, as Keuchel attempted to come inside with a cutter, and Turner was quick enough to turn on it and hit it into the stands. Knowing how impact players like Turner can affect a game is just one of the things you’ll learn in a how to guide for Canadians looking to bet on sports online

It appears that adjustment paid off for Turner and the Dodgers, who now hold a 1-0 lead in the World Series.

Maybe it was Turner’s jersey that helped him at the plate. For a great deal on Dallas Cowboys shirts, click here.