Max Holloway Pulls Out of UFC 222 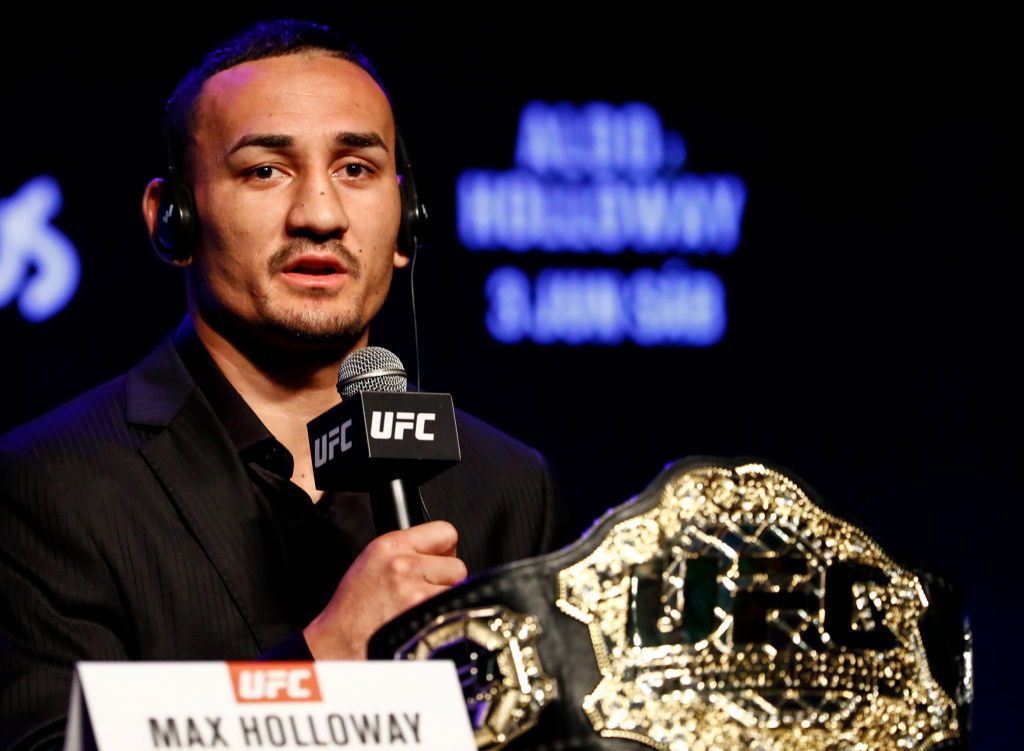 Max Holloway Pulls Out of UFC 222

For the second straight UFC pay-per-view in 2018, the champion has pulled out of the scheduled main event.  First it was Robert Whittaker being felled by a laundry list of injuries and ailments, forcing him off of this month’s UFC 221.  Now UFC Featherweight Champion Max Holloway reportedly will have to withdraw from his UFC 222 title defense against Frankie Edgar.  ESPN’s Brett Okamoto was first to report the news.

Ariel Helwani says it’s a leg injury that has put the Hawaiian star on the shelf.  And with the rest of the March 3rd fight card rather weak in starpower (Stefan Struve vs Andrei Arlovski is the co-headliner – yikes), the UFC is scrambling to salvage the night.  Helwani reports they are working on keeping Edgar on the card and matching him up with rising contender Brian Ortega, while hoping to slot in a UFC Bantamweight Championship rematch in the main event slot – T.J. Dillashaw against Cody Garbrandt.

It appears like No Love is game for it (and why wouldn’t he be?), but champ Dillashaw is still holding out for the long-rumored superfight against Demetrious Johnson for the flyweight title.

Got all that straight?!  Lots of balls in the air currently, so stay tuned.

As it stands, UFC 222 goes down March 3rd from the T-Mobile Arena in Las Vegas.