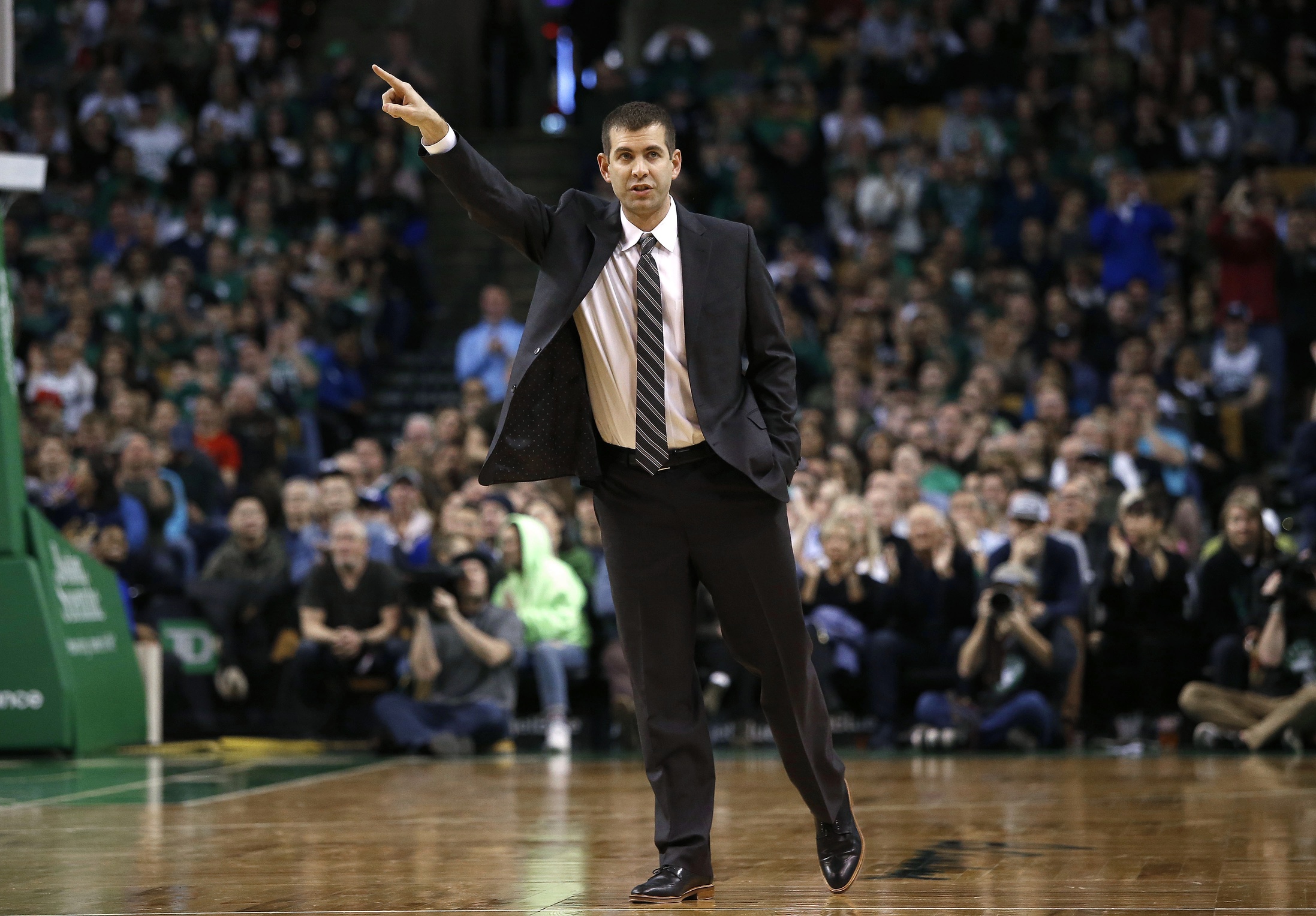 By now you may have heard: the Boston Celtics are playing with an extremely limited lineup. The injury bug has hit this team harder than any home team I can remember in recent memory, but that’s a whole different post for another day. Given the current situation in both their roster and their standings in the playoffs, Coach Stevens decided it’d be best to rest some players in these final two weeks. Tonight he started with his “senior” (and max salary) player, Al Horford, along with his young prize/Rookie of the Year candidate (and likely winner, in any other year), Jayson Tatum.

In their absence, a bevy of Celtics players arose to meet the challenge of competing against a well-coached team that’ll fight until the final minute. These weren’t all of the usual names you’re used to us hearing highlight during a win, either. Guys like Jabari Bird (15), and Jonathan Gibson (9), had career highs and – oh yea – Jaylen Brown shot the lights out from deep (7 of 10) and marked a new career high in points with 32.

The most interesting stat of the night came courtesy of Greg Monroe’s dominance, though; as he became the first Celtics Cto record a triple double since Robert Parish in 1987. Two men with two fantastic nicknames. Coincidence? Definitely.

Oh, and did we mention Mook got ejected, too? In the end, the Celtics used everyone made available to them on their roster and won one of the more entertaining games of the year. Final Score: 111-104.

If we’re talking “glass half-full” here, it’s important to remember how all of these injuries will impact your young player’s and, with any lucky, will only develop them at a faster rate.  For instance, tonight the Celtics relied solely on Jaylen Brown for their offense through the first five minutes. Maybe not literally, but it was pretty damn close.

This was great practice for the future when the playoff atmosphere begins to slow the game down and the Celtics will ask him to score in isolation at times. Brown proved more than capable, as he registered 12 of the Celtics 16 points and was 5 of 6 from the field while none of his teammates had shot more than twice through the first five minutes.

As one of the many young guns being called on early to replace veteran minutes, our first quarter Yabu sighting quickly turned into a dab-party once Guerschon drilled a 3 and broke Jaylen’s spell. Not only did Yabu personally double the rest of the team’s point contributions at the time (Celtics now had 7 points vs. Jaylen Brown’s 12), but he quickly got involved defensively, too.

Here we see Yabu briefly lost on D only to recover in time to meet his opposition at the rim and defend it with a sick block. (I’m trying to ignore the fact that he got called for a foul).. REGARDLESS of what you think of the foul call, though, you have to admit it was an unbelievable feat of defensive effort.

Yabu does it again!!! pic.twitter.com/qwzbRA1K69

Jabari Bird was another young guy that seemed to have all of the answers to the test right from the jump tonight, too, as a good take to the rim and a wide open corner 3 gave the young man some much needed confidence early in the game. We’ll get more to Mr. Bird later, but know that those couple of plays definitely warmed him up for a career night.. After one quarter Chicago and Boston found themselves tied at 30.

The Celtics were far from perfect tonight, and their transition defense was especially ugly considering communication and chemistry is imperative whenever the opposition begins applying pressure on either end. Defensive chemistry isn’t going to develop overnight, obviously, and give credit to the Bulls for exploiting an area where Boston was sorely lacking.

As a viewer, you got used to it eventually… but I’d be lying if I told you I didn’t want to throw up and/or punch something the first time I watched Laurri Markenen effortlessly cut through the defense, jump without contest, receive a wide open alley-oop pass, and finish with a marshmallow soft layup. Never again, please? Thanks

On the other end of the court, Marcus Morris continued to shine in the necessary scorer position the team has asked of him. He had 8 points on 4 of 7 shooting (he’d finish with 12 on 6/12), and the Celtics as a team shot an equally efficient 57.1% through two quarters. Boston went into the third trailing, 58-55, but remained within a possession only because Morris’ clutch self sank a three right before the buzzer.

Morris at the halftime horn! 💦 pic.twitter.com/h2TK2WWI2C

The Celtics knew they had to get to work if they didn’t want to disappoint themselves and their home-town crowd. Much of their success came in two parts: #1 they successfully clamped down on defense for a string of plays in which they wouldn’t allow their opponent to score and then #2 consistently converted points on the other end of the floor, therefor leading to a point-swing and, at best, a run for the Celtics. Sounds simple, right?

Sometimes the Celtics make it look simple, too, but it’s really a difficult feat for any NBA team. A good example of this came in the third quarter when Aron Baynes first made the type of block that only looks easy, but is really a nearly impossible feat for any average human being. This resulted in a sudden scramble until one of the Celtics guards scooped up the ball and started their transition. Jaylen Brown eventually wound up with the ball in his hands on the other end of the floor and decided to answer from deep. This completed a 3-point swing in the Celtics favor that never would have happened if it weren’t for Baynes’ perfectly timed block in the first place.

Greg Monroe played an extremely serviceable first half in which he flashed those excellent big men passing abilities, played stout defense, and even rebounded hit butt off for Boston. Offensively speaking, it was the third quarter when he really turned on the scoring. That’s when it became clear the Moose was loose. One particularly groovy play Greg dribbled past the free throw line, spun towards the hoop, and finished with his left hand and about :30 seconds remaining in the quarter to push the Celtics lead to 79-74. The score remained the same going into the fourth, and now, in addition to Mook’s buzzer beater, this was the 5th point scored in the clutch at the end of a quarter. Those can make or break your game, folks.

Monroe spins in the lane and scores the and-one bucket! pic.twitter.com/JdC7rmNIQW

The fourth quarter was where the unheard of heroes truly shined. The Celtics’ Jonathan Gibson — aka the man from China, where he averaged 33 points per game (good enough for 4th in his League) — delivered when it mattered most with a 3 to break the tie and give Boston the lead, 84-81. This wasn’t a one and done situation, either. Not when your team is as depleted as this one is, and not when you hit your three attempts on a Brad Stevens coached team.

The Celtics were in the midst of a battle as Lauri Markkanen bounced home two of his twenty points at the start of the fourth. The Bulls may not have planned on going away anytime soon, but Boston was prepared for a fight.

Jonathan Gibson, aka the man from China, found Jabari Bird sneaking down the baseline and fed him for the up-and-under finish and his final points for the night (a career night for J-Bird, with a high in points, 15, on 7 of 10 shooting from the field, to go along with 3 rebounds, 3 assists, and a steal). Gibson wasn’t done, though, in fact he was far from it. He doubled-up on his ClutchFactor and sank a couple more attempts from deep to secure his own career high in points with 9, all of which occurred at the exact right moment for his team.

Thanks to some on the resilient Bulls roster, the game was never fully in-hand for the Celtics until the final minutes. The man with a perfect name for Boston and nearly signed here, Sean Kilpatrick, knocked down timely conversions from deep over and over tonight. He’d finish with a new career high, 26 points, just days after the last time he broke his own record (Tuesday with 21 points).

But as a Celtics fan, there weren’t any real moments of panic. You know it’s a good night when the team wins the rebound advantage (46 vs. 43), and seemingly everybody is getting involved in the action. There’s a great example of that in the clip below, where we have Jabari Bird disrupting another Bulls possession, leading to an Abdel Nader three.

Jabari Bird hustles back on defense for the huge block! pic.twitter.com/mZ42fzV1Aj

Kilpatrick made another for the Bulls to make it about as close as it would get, 102-95, with little time remaining. The Celtics weren’t about to let this one slip away. Jaylen Brown put the cherry on top of tonight’s unique offensive onslaught with one final 3PM to set a new career high with 32 points. The final shot left the Celtics shooting over 41% from behind the arc and gave the fans the official okay to exhale. The Celtics would win. Final Score: 111-104

Here’s a block where they actually LET YABU LIVE TO PLAY DEFENSE. Hopefully the refs in the playoffs will be more conducive to Yabu’s physical style of play. #LETYABULIVE

Watching Jabari Bird go off tonight was awesome. He finished with 15 points on 7 of 10 shooting, 3 rebounds, 3 assists, and a steal. Here’s a reminder of some of his athleticism:

Jabari throws it down! pic.twitter.com/aF7DgCPtV6

You can chalk this one up as another fantastic team win for the Celtics and another example of how they’ll hunker down and find a way to beat you no matter what it takes. Tonight they leaned heavily on the Moose, Greg Monroe, and he was ready to deliver in a moment’s notice so kudos to him for that. Here’s one of his ten gorgeous dimes, this one to the rookie sensation of the night, Jabari Bird.

Greg Monroe finds a cutting Jabari Bird for one of his 10 assists in tonight's @JetBlue Play of the Game! pic.twitter.com/3oCvd6u6BL