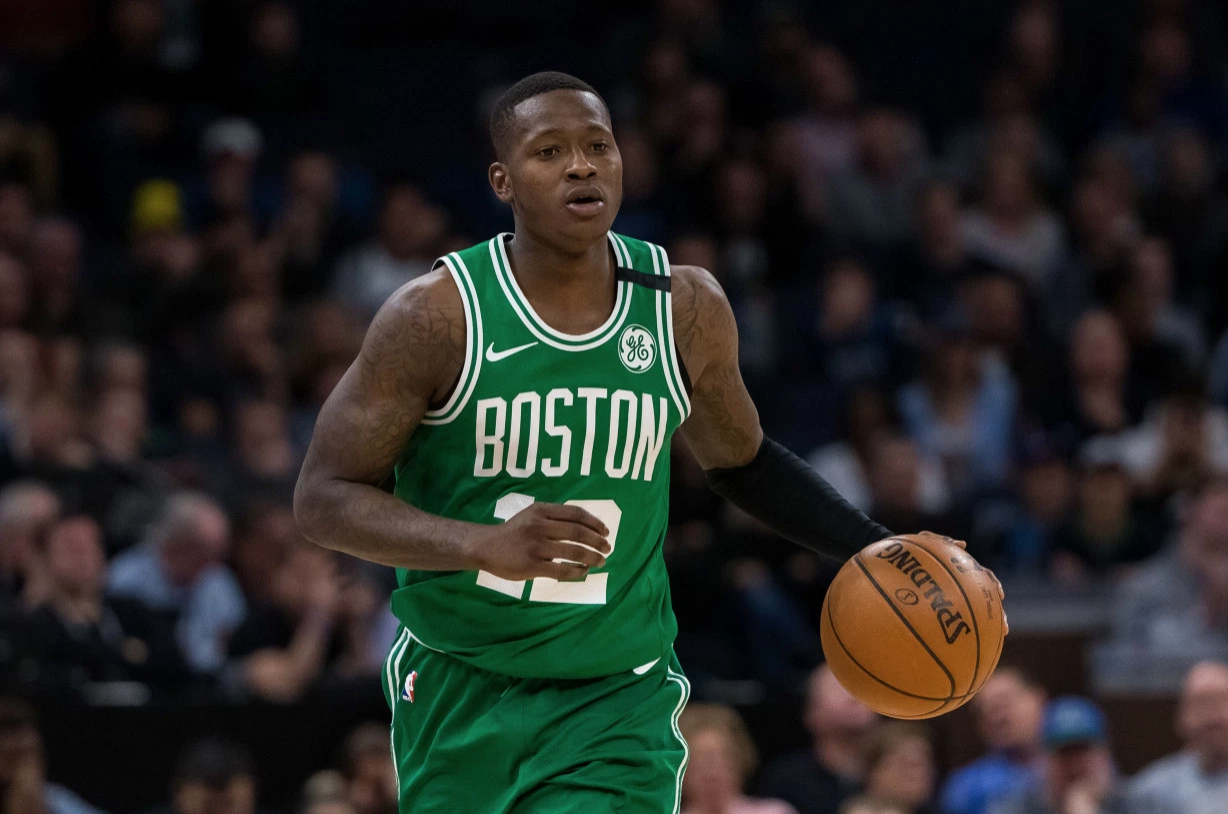 The 2018 NBA Playoffs are set to tip off this weekend, and fans are already attempting to identify which under-the-radar team(s) could potentially make a deep run.

In addition to the potential sleeper teams, it’s also fun to attempt to predict which non-stars could have a significant impact on the outcome of the playoffs, so we did exactly that.

Here are 10 underrated X-factors to keep an eye on during postseason play.

Losing Kyrie Irving for the playoffs was a tough pill to swallow for the Boston Celtics, but they could do far worse than Terry Rozier as a backup. The third-year guard has come into his own this season. In 16 starts for Irving, Rozier averaged 15.6 points, 6.4 rebounds, 5.1 assists and 1.2 steals. He provides the team with leadership and the ability to distribute the basketball to his teammates, as well as the potential to knock down clutch shots in key moments late in games.

Speaking of value, Taj Gibson has been huge for the Minnesota Timberwolves this season. The veteran big man played in all 82 games while posting the best defensive rating of his career, according to NBA.com/Stats.

Minnesota can only hope that Gibson plays with the same intensity on defense that he displayed in the team’s regular-season finale against the Denver Nuggets on Wednesday. It was his steal in the final seconds of regulation that helped keep the Timberwolves’ season alive.

The Portland Trail Blazers should benefit from a healthy Jusuf Nurkic this time around. A broken leg kept the seven-footer out for most of last year’s first-round playoff series, but Nurkic is coming off a healthy campaign in which he played 79 games with season averages of 14.3 points, 9.0 rebounds and 1.4 blocks. The Trail Blazers need him, especially in the first round of the playoffs against Anthony Davis and the New Orleans Pelicans.

Assuming that opposing coaches game-plan against Donovan Mitchell in the playoffs, the Utah Jazz are going to need somebody to step up on offense, and that somebody might be Ricky Rubio. Known for his passing and defense more than anything else, Rubio is shooting the ball better than he ever has before. In 77 games with the Jazz this season, he averaged a career-high 13.1 points on 41.8 shooting overall and 35.2 percent from three-point range.

Jeff Green has proven to be quite the bargain for the Cleveland Cavaliers. He played in 77 games this season, and was recently named a starter for the playoffs by head coach Tyronn Lue, per ESPN’s Dave McMenamin:

Green’s ability to guard multiple positions on defense should prove to be valuable to the Cavaliers. His versatility as a utility player is something the Cavs have lacked in recent years, and it can help them match up against a number of different teams with different styles of play.

Nikola Mirotic is entering the postseason on a tear with the New Orleans Pelicans. He closed the regular season with five straight 20-plus point performances. The decision to trade for the 27-year-old forward after DeMarcus Cousins went down with an Achilles injury has paid dividends so far this season. It will be interesting to see if he can keep this up in the playoffs.

The San Antonio Spurs are still waiting for Rudy Gay to become a key player off the bench. At times, he has looked like the player he was before the Achilles injury that cut his season short last year. But with Kawhi Leonard in the wind, the Spurs need Gay to be more consistent on offense. This is the same guy who averaged nearly 19 points in 30 games for the Sacramento Kings last season, so it’s safe to say he still has what it takes to be a threat on offensive end of the floor.

J.J. Redick never advanced past the conference semifinals in four straight playoff appearances with the Los Angeles Clippers. He’ll try to change that as a member of the Philadelphia 76ers. The 33-year-old is playing some of the best basketball of his career, and the talent around him is undeniable with Joel Embiid and Rookie of the Year frontrunner Ben Simmons. Redick struggled in the postseason last year with the Clippers, but things might play out differently this time around.

Thanks to a midseason buyout from the Los Angeles Lakers, Corey Brewer will be spending the next few months playing meaningful basketball instead of sitting on the couch at home. So far, the veteran swingman has been a great fit for the Oklahoma City Thunder. In just 18 games with the Thunder, he averaged 10.1 points, 3.4 rebounds and 2.1 steals. Brewer sprained his knee in Oklahoma City’s regular-season finale against the Memphis Grizzlies on Wednesday, but Yahoo Sports reported that he “plans to play” in Sunday’s playoff opener.

The Stephen Curry-less Golden State Warriors should be all right with Kevin Durant, Klay Thompson and Draymond Green picking up the slack in the first round of the playoffs against San Antonio. But just to be sure, they’ll need a little something out of Quinn Cook. The G League call-up played well in place of Curry this season with averages of 14.6 points, 3.6 rebounds and 3.9 steals in 18 starts. More of the same should be enough to keep the Warriors rolling until Curry’s return.