Your Afternoon Dump... Where we feel good about defending LeBron James 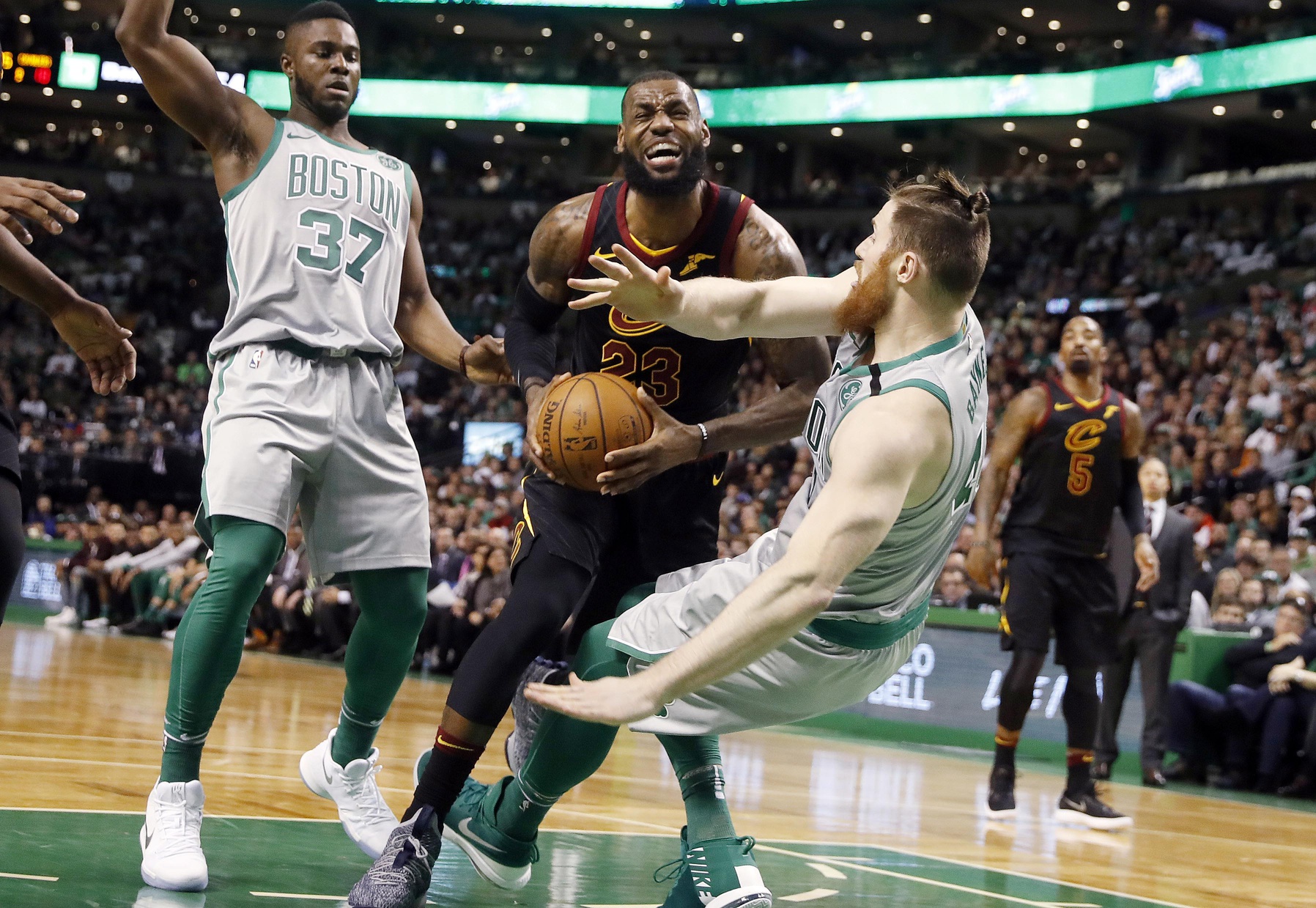 Your Afternoon Dump... Where we feel good about defending LeBron James

On the eve of the Eastern Conference finals, Morris showered James with praise but also stressed how he feels he’s one of the best in the NBA at making things tough on James.

“Personally, I think I’m probably the best guy defending him in the league, outside of Kawhi [Leonard],” said Morris.

Morris could be tasked with defending James more than any other Boston player, although the Celtics have hinted they will send a variety of bodies James’ way. During the regular season, only Jaylen Brown logged more matchups (56) than Morris (55) against James, according to Second Spectrum data. Morris played in only two of Boston’s three games against Cleveland.

In Boston’s lone win over the Cavaliers during the regular season, Morris did limit James to 13 points on 4-of-11 shooting (36.4 percent) over 30 possessions and was Boston’s best option that day.

Another year, another playoff series where we talk ourselves into thinking we have a LeBron stopper. Marcus Morris has been known to play LeBron well over the years but let’s be clear: there is no such thing as a LeBron stopper. Playoff teams have picked up defensive henchmen over the years in hopes of finding LeBron’s kryptonite (e.g. Toronto trading for PJ Tucker last year), despite the common knowledge that he’s won championships while matched up against Kawhi Leonard in 2013 and the 73-9 Warriors in 2016. Watching scrappy wing players try to defend him is no different than watching a moth fly into a light bulb.

To “defend” the greatest player in basketball is an optimistic train of thought. “Throwing bodies” at him is the more realistic outlook. Having Marcus Morris, Jaylen Brown, and Semi Ojeleye on our side will make LeBron earn his points, but it might not stop him from getting them.

Shutting down his teammates, while still difficult, seems like a realistic option. Aron Baynes gives the Celtics much needed answer to Tristan Thompson, who has terrorized the Celtics in years past. Marcus Smart’s success in running JJ Redick off the three-point line give me hope that they can keep JR Smith and Kyle Korver from getting hot. Cutting off LeBron’s shooters is the only way to beat him, and the Celtics are equipped to do it.

On page 2, Gordon Hayward is in town

Head coach Brad Stevens said Hayward flew back to Boston so he can attend Sunday’s Game 1 at TD Garden – as a spectator. The prized free agent acquisition was even able to go through part of Saturday’s walk through in Waltham with his teammates.

Earlier this week, Hayward posted a blog update on the progress he’s made.

“It’s all been going really well. I’m happy to report I’m feeling like an athlete again,” Hayward wrote on his website. “I’ve been in Indianapolis for the last couple weeks making some really good progress. I leave the hotel every morning at about 9:30 am and don’t get back til about 6 pm. We do a lot of running mechanics, physical therapy, a lift of some sort, and then court work for another few hours. It’s a full day, every day. I’m definitely moving along as planned, and progressing really well.”

CBS Boston: Gordon Hayward Returns To Boston – As A Spectator – For ECF Game 1

Oh, and here’s a fun one: a sequel to Gordon Who? Donovan Mitchell and Rudy Gobert are kings of this town

After the Jazz got off to a slow start, they turned things around during the second half of the season. Said turnaround, coupled with Boston’s visit to Utah in late March, prompted Monson to write an outright bizarre (and patently false in many respects) hit piece on Hayward while saying the Jazz didn’t need him (the headline read: Gordon who? Donovan Mitchell and Rudy Gobert are the kings of this town).

Saturday afternoon, Monson sent out a tweet to a story with the headline: “What do the Jazz need now? The answer is plain — they need Gordon Hayward … or somebody just like him” ¯\_(ツ)_/¯ Here’s what Monson believes the Jazz need.

“He can shoot. He can score. He can play the wing. He can play defense. He can run. He can initiate the offense. He’s athletic. He’s heady. He understands what (head coach) Quin Snyder and the Jazz want to get done at both ends. And his current team, turns out, doesn’t really need him the way it thought it did. That’s right. The Jazz should acquire the man who never should have left them. The Jazz need Gordon Hayward. If not Hayward, a player just like him.”

He’s not wrong. Although, we might not be correct to assume that the Jazz are simply one piece away from competing with the Houston Rockets. I’d love to believe in that fairy tale as much as the next angered sportswriter, but there’s just no way to know for sure right now.

As far as Hayward’s rehab goes, it’s nice to get a little closure as to why we never see him at the Garden these days. Not that he necessarily owes it to anybody to give constant updates on his life, but the fact that he’s working all day, every day to get his leg ready for next season means that too much time spectating in Boston would be time wasted in making sure he can make a healthy return on schedule. Normally, I wouldn’t read to much into his absence from home games, but the whole Kawhi Leonard scenario had me feeling a little paranoid.

Speaking of which, it’s time we admit that Celtics fans also made much to-do with limited information in the form of predicting Gordon Hayward’s inevitable return to the floor in March. Oops. Even Mike Gorman had a gut feeling that Hayward would be back sooner rather than later:

I’ll admit it – I believed that Hayward would be back as soon as I saw people posting their theories the day after the injury. Maybe I was looking for hope in the wrong places when I started taking Shavlik Randolph quotes to heart:

“It’s about a 4 (to) 6 month recovery,” Randolph told Goodman. “The ligaments take 6 (to) 8 weeks and the tibia was about three months to heal in all the places it broke. Ironically, I had the same injury and as bad as it looks it does heal back to 100 percent and does so surprisingly fast.

“I think there’s a chance he could be back this season if he really pushed it. The team will be cautious to bring him back too fast, but I think he could by the end of the season. Maybe not back to full 100 percent by then, but I wouldn’t be shocked if he can and does play.”