Cavs are due for a hot shooting night (just like Philly) 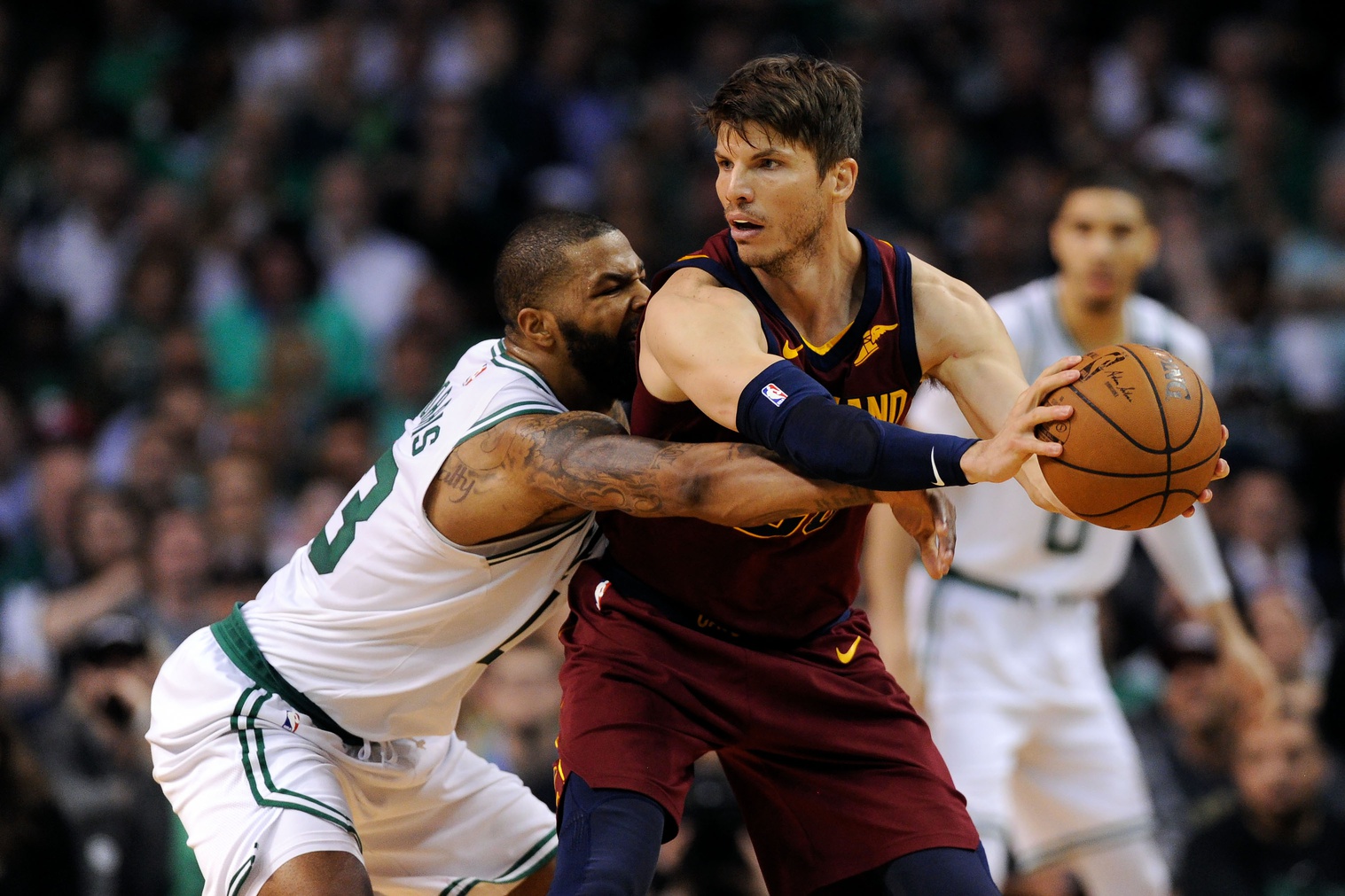 Cavs are due for a hot shooting night (just like Philly)

LeBron James might be one man wrecking crew but the Cavaliers success is directly connected to the team’s 3-point shooting:

The playoffs have helped crystallize the Cavaliers’ reputation as a team that lives and dies by its shooting. This is, after all, the same group who struggled to get past the Indiana Pacers while making only 32 percent of their 3-pointers, then turned around and hit 41 percent from deep while steamrolling the Raptors a week later. Even during the regular season, though, Cleveland was unusually dependent on the hotness of its shooting hand: In wins, the Cavs made threes at a 41 percent clip, versus just 31 percent in losses — a 10-percentage-point gap that was the biggest in the league. And that regular-season gap has only widened, to nearly 11 percentage points, during the playoffs.

No surprise here. The NBA is, after all, a make-miss league.

Here’s a blurb from SI after Game 1 vs Philly:

It’s hard to imagine many games in this series will look like Game 1. Regression will help the Sixers and hurt the Celtics. Boston likely won’t shoot that well from three consistently, while Philly should eventually start to connect. Once that happens, the apparent gulf between these teams after one game should shrink considerably.

And a pretty certain I could find similar commentary after Games 2, 3 and 4.

My point: don’t buy into the narrative that the Cavaliers are going to win simply because their shooting will come around. The Celtics defense will have a lot to say about that.

Speaking of the Sixers, Ben Simmons and Joel Embiid were spotted getting treatment at this facility recently:

A friend who lives outside Philly sent me this pic. The 76ers can’t escape @FCHWPO @jaytatum0. pic.twitter.com/HB4gGHMKQy