Can Marcus Smart be the Celtics version of Draymond Green? 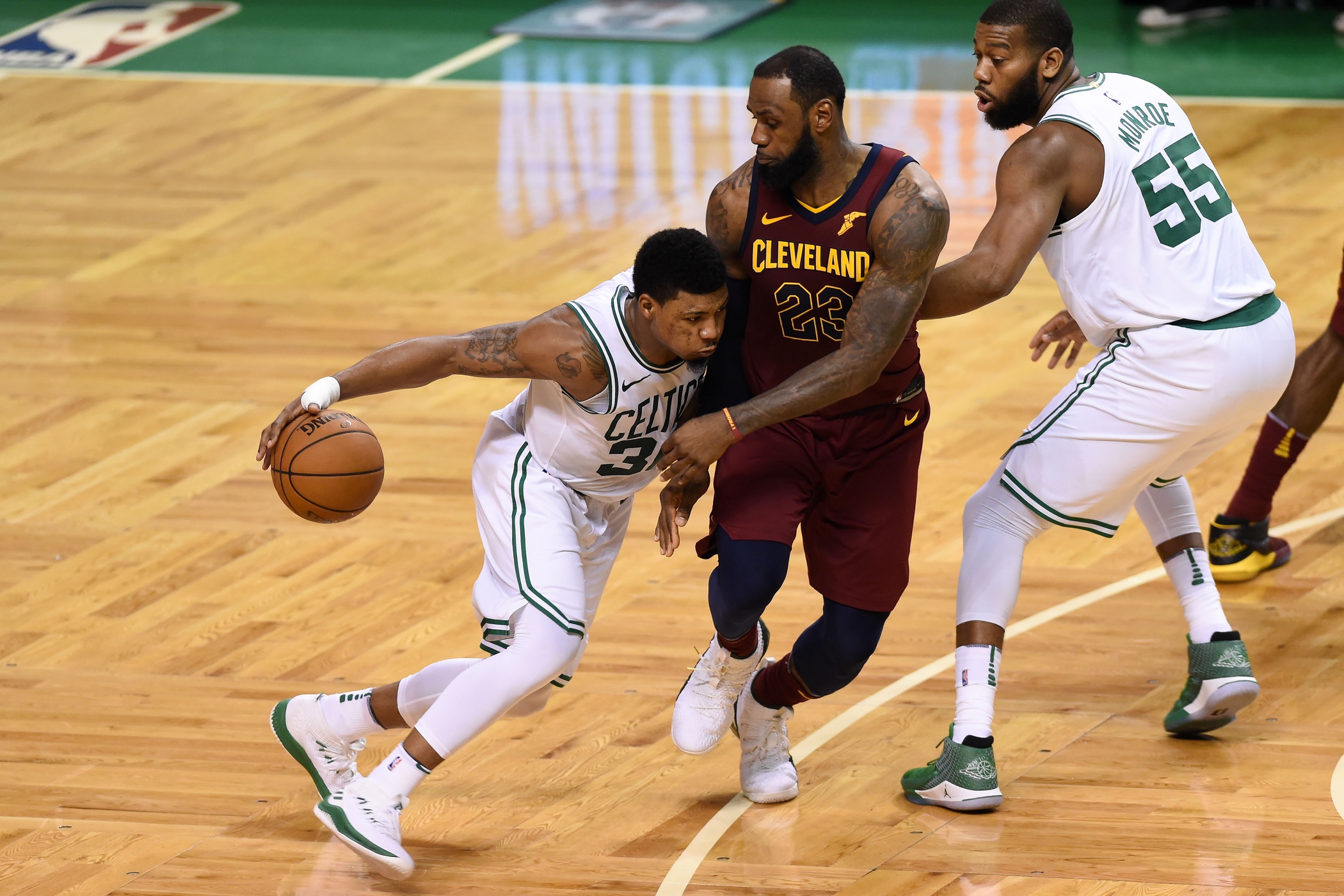 Can Marcus Smart be the Celtics version of Draymond Green?

Every championship team seems to have that tough, gritty player that is full of heart and would die for any of his teammates while on the court. You know who I mean, the guy who seems like sometimes his sole purpose on the court is to get into an opposing player’s head (e.g Lance Stephenson.) For the Golden State Warriors, that player is Draymond Green.

You either love or hate Draymond Green. There really is no in between. Personally, I love watching him play, I just don’t love watching him play the Celtics. He is the guy that every team in the league would love to have, but would hate to play against. He is a 3 time All Star, and won the Defensive Player of the Year award just last season. Although not highly skilled when it comes to scoring (11 ppg) or scoring efficiently (30% from 3,) he can be extremely effective on the offensive end due to his court vision. This year, he averaged 7 assists for the 3rd straight year (I’m sure playing with Steph Curry, Klay Thompson, and Kevin Durant may inflate that number… but nevertheless).

Draymond’s impact on the game goes far beyond what the stats show. His defensive prowess, along with his pestering ability is really what makes him so damn valuable. He is able to get inside the mind of opposing players, and remain there for the entirety of the game. Draymond is often assigned to the opposing teams best player, regardless of position. He is an undersized power forward, and his speed allows him to guard positions 1-5. His instincts allow him to tear an opposing offense apart. Draymond can read where an opposing player is going to go with the ball, and already be halfway there by the time he passes it. His ability to make winning plays in crunch time is uncanny, as shown in this video where he essentially saves a game for the Warriors.

Does any of this remind you of anyone? Well, if it doesn’t, it should. Draymond Green should remind you a whole lot of our very own Marcus Smart. People will scoff when they hear me say this, but I believe Marcus Smart can be the glue guy to the Celtics in which Draymond Green is to the Warriors. At 6’4, 220 lbs… Marcus Smart is definitely not someone you would want to mess with if you were to see him on the playground.

Like Draymond, he is not the best shooter… far from it. Marcus for his career is a 29% 3 point shooter, vs. Draymond who is at 32%. Also like Draymond, Marcus is a very good play maker, averaging 5 assists a game this postseason as the second unit point guard.

As we all know, Marcus is an unbelievable defender capable of guarding positions 1-4 (and 5 in certain situations) with a knack for making the winning play, like this:

Whether the Celtics need a big rebound, a big steal, or even a big flop… Marcus Smart is their guy.

In Tuesday’s Game 2, it was quintessential Smart, as his handprints were all over Boston’s rally from a double-digit first-half deficit, and then salted away the win late.

The Celtics were clinging to a single-digit lead early with under nine minutes to play when Marcus Morris misfired on a jumper. Smart, who had been jousting with Kevin Love under the basket, swooped behind Jeff Green, who had hauled in the rebound, and managed to poke the ball free. As it bounced in front of the Cavaliers’ bench, Green just watched while Smart lunged to tap the ball out to teammate Jayson Tatum before sailing into the feet of the Cavaliers coaching staff and the fans seated courtside.

This quote from ESPN basically describes Marcus Smart in a nutshell. On any given night, you can expect to see Marcus get a combination of rebounds, assists, and steals all within a 15 second sequence. Watching him play, it’s almost like he’s capable of being in 5 different spots at once. He is almost like a cornerback, in the sense that he can tell where the ball is going before the pass is thrown. Watch this video of the final play of game 5 against Philadelphia:

Of course, the one time we want Marcus to miss the shot… he makes it. But look at him on the inbound pass from Ben Simmons. Before the pass is thrown, he is standing near center court. As Simmons winds up, Marcus is already running to the corner where he intercepts the ball for the win (shoutout Malcolm Butler).

I recognize fully that Marcus Smart is not quite the player that Draymond Green is, but that does not mean he cannot have the same impact for this Celtics team that Draymond has to the Warriors. They are both so similar in terms of defensive versatility, a keen knack for making impact plays. With Marcus’ defensive instincts, his ability to set up shop in opposing players heads, and his knack for making winning plays in crunch time… he can absolutely be that gritty, tough, glue guy that basically holds everything together for this Celtics team.