Semi Ojeleye may have finished off the Cavaliers 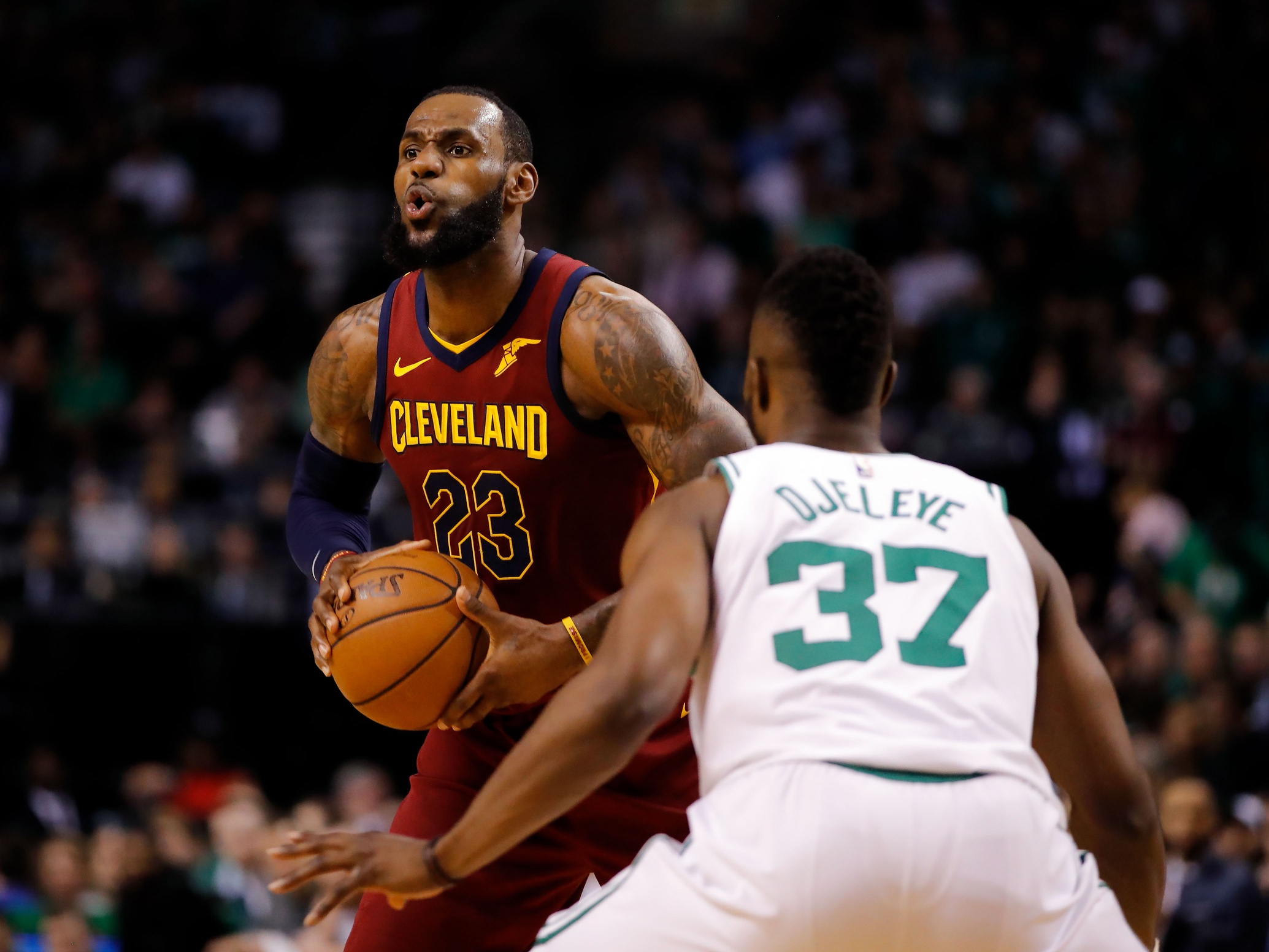 Semi Ojeleye may have finished off the Cavaliers

Cavs coach Tyronn Lue is getting blasted for 1) his failure to insert Kyle Korver into the 1st and 3rd quarters of last night’s game and 2) explaining that his decision was based on Semi Ojeleye’s absence.

“Well, initially, he’s been putting Ojeleye in,” Lue said of Stevens after the game Wednesday. “So that’s been kind of Kyle’s matchup when he comes in the game. He didn’t play him tonight, so it kind of threw us for a loop.”

Is Lue implying that he only trusts Korver to defend Ojeleye? If anything, Korver’s defensive surge against Jaylen Brown in Game 4 should have earned him more minutes.

The Cleveland media is not taking this well. And some wonder if this decision will impact player morale: (via Amico Hoops)

4. How do you not play Kyle Korver for the entire first quarter? Korver has been the Cavs’ second-biggest threat in this series, overtaking Love in the process. And it’s not like Smith was doing anything beyond running up and down the floor and committing silly fouls. Korver should’ve been on the floor six minutes into the game.

5. Korver’s first-quarter absence was so stunning that even FOX Sports Ohio analysts Mike Fratello and Austin Carr admitted to being perplexed as they sat on the set of the Cavs’ own postgame show. Then Lue made matters worse by saying the Celtics “threw us for a loop” by not playing little-used reserve Semi Ojeleye.

6. So the Cavs’ second-biggest scoring threat can’t get in the game because the Celtics don’t use the eighth or ninth player in the rotation? That makes ZERO sense. Cavs fans can only hope that wasn’t Lue’s real reason for sitting Korver for way too long.

7. As Carr pointed out, that type of coaching decision can make a player wonder what’s going on — and by the time Korver finally got in the game, he may have been a mental step behind. As a former player himself, Carr would know.

The Cavaliers head into an elimination game knowing their leader is exhausted and their coach is suspect. Would anyone be surprised if Cleveland collapsed in Game 6?