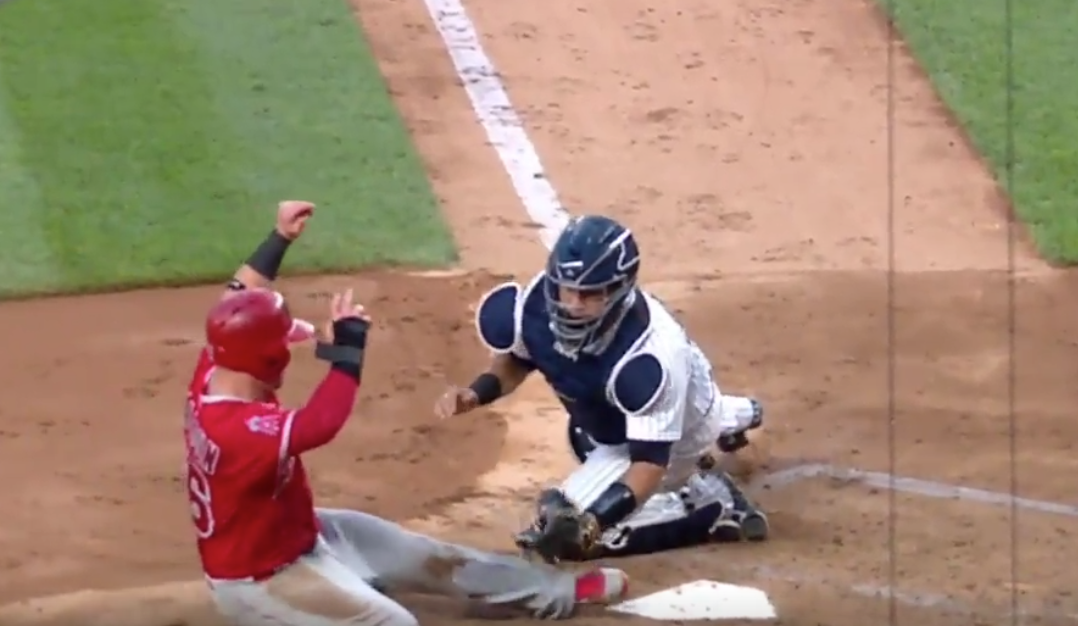 The Yankees found themselves in an absolute dogfight against the Angels on Friday night, in a game that was close during the entirety of the contest.

It was a foregone conclusion that runs would be hard to come by for the visiting team, with Luis Severino on the mound at Yankee Stadium. Sure enough, that was the case.

But Aaron Judge came up with a huge momentum-shifting defensive play to help out his teammate.

The Yankees were clinging to a 1-0 lead in the third inning of the game, but the Angels were threatening, with runners on first and second. Justin Upton came up big with a clutch single to right, and it appeared as if Kole Calhoun was going to score and tie the game.

Judge had other plans, though. He fielded the ball and uncorked a 100+ mph laser to home plate, and Calhoun was tagged out.

The Yankees went on to win the game, 2-1, so that play loomed large.