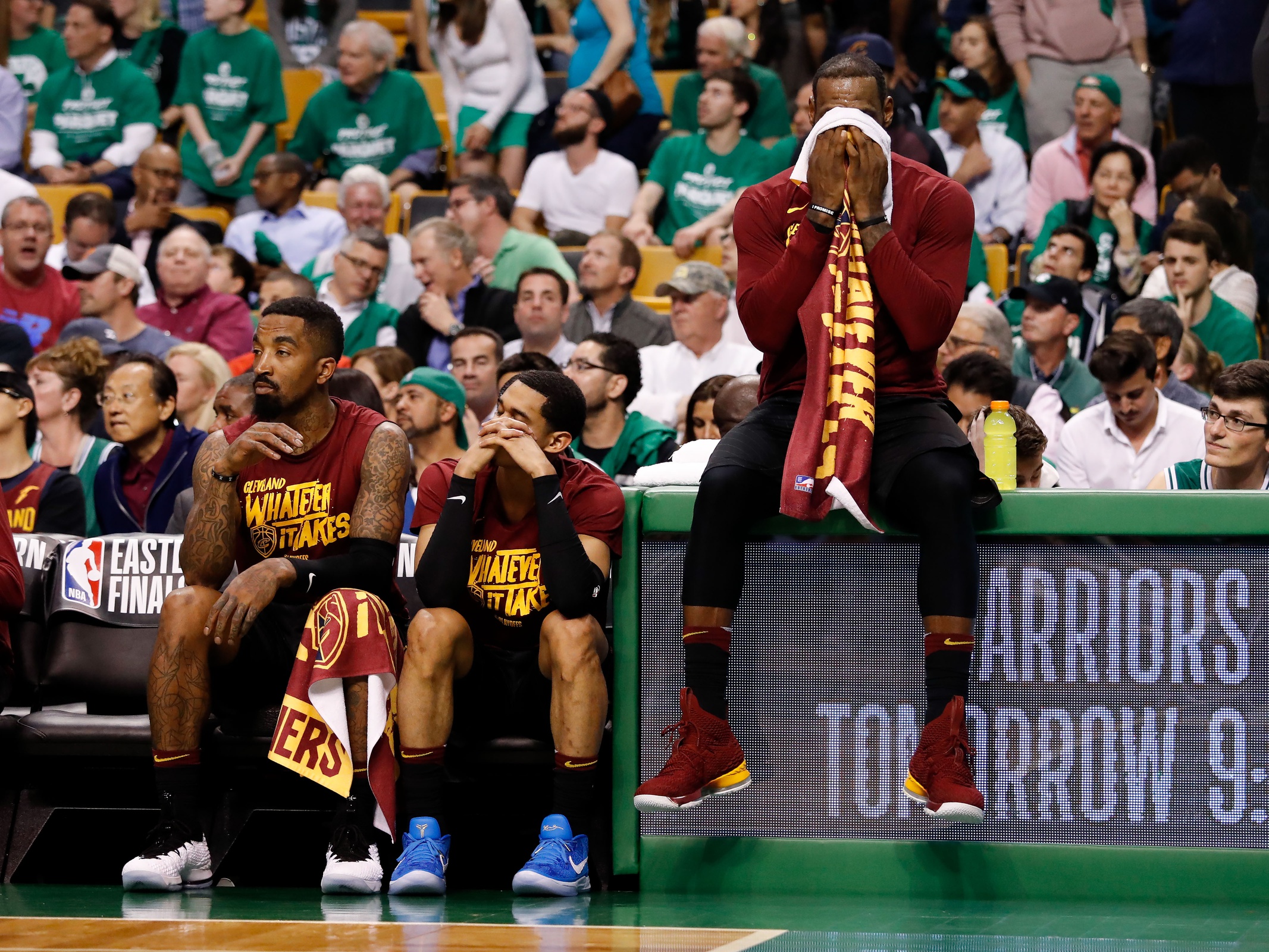 There’s little LeBron James can do on the court to tarnish his legacy. He’s a three-time champion and eight-time NBA finalist, and at 33, he is having arguably his most impactful season. The Michael Jordan loyalists will howl that MJ never lost in a Finals, but let’s see Jordan beat the 2007 Spurs with the team LeBron had around him.

Lose to Boston in Game 6 of the Eastern Conference finals Friday, and James’ legacy shouldn’t take a hit. Win? The greatest of all time argument gets a little more interesting.

He’s just playing, and he’ll have to play two of the best games of his career to beat back a Boston team that believes it belongs. If he does, this series won’t just rank as an accomplishment for James — it will be one of his best.

Let me get this straight. If LeBron James, the greatest player in the NBA, leads his heavily favored Cavaliers over the undermanned Celtics, it will go down as one of the best accomplishments of his career?

I think it’s time to remind Chris Mannix (and all the other LeBron fawners out there) that Cleveland was -270 to win this series.

And 19 of 22 ESPN experts picked Cleveland to win this series.

And with the series tied 2-2, Cleveland remained the favorite (-190). It wasn’t until Boston captured Game 5 that they finally became a series favorite.

Hell, let’s go back to the trade deadline. Nearly everyone praised Koby Altman’s overhaul of the Cavaliers roster and believed he had acquired the youthful energy and shooting needed to propel this team to the Finals.

And even though the Celtics finished ahead of Cleveland in the standings, the prevailing narrative was, “The Cavs will flip the switch… there’s no way the Celtics are good enough to beat playoff LeBron.”

Now, as the Celtics stand one win away from knocking off the mighty King, you want to change the narrative?

PS: I don’t want to get into a debate over LeBron’s supporting cast. But if Michael Jordan could win with guys like BJ Armstrong, Steve Kerr, John Paxson, Bill Cartwright, Will Perdue, and Luc Longley, the James can win with this bunch.

Editor’s note: Chris Mannix has responded to our post and wants to make it clear he never considered the Cavs heavy favorites.