Your Morning Dump... Where Brad's failures made him good 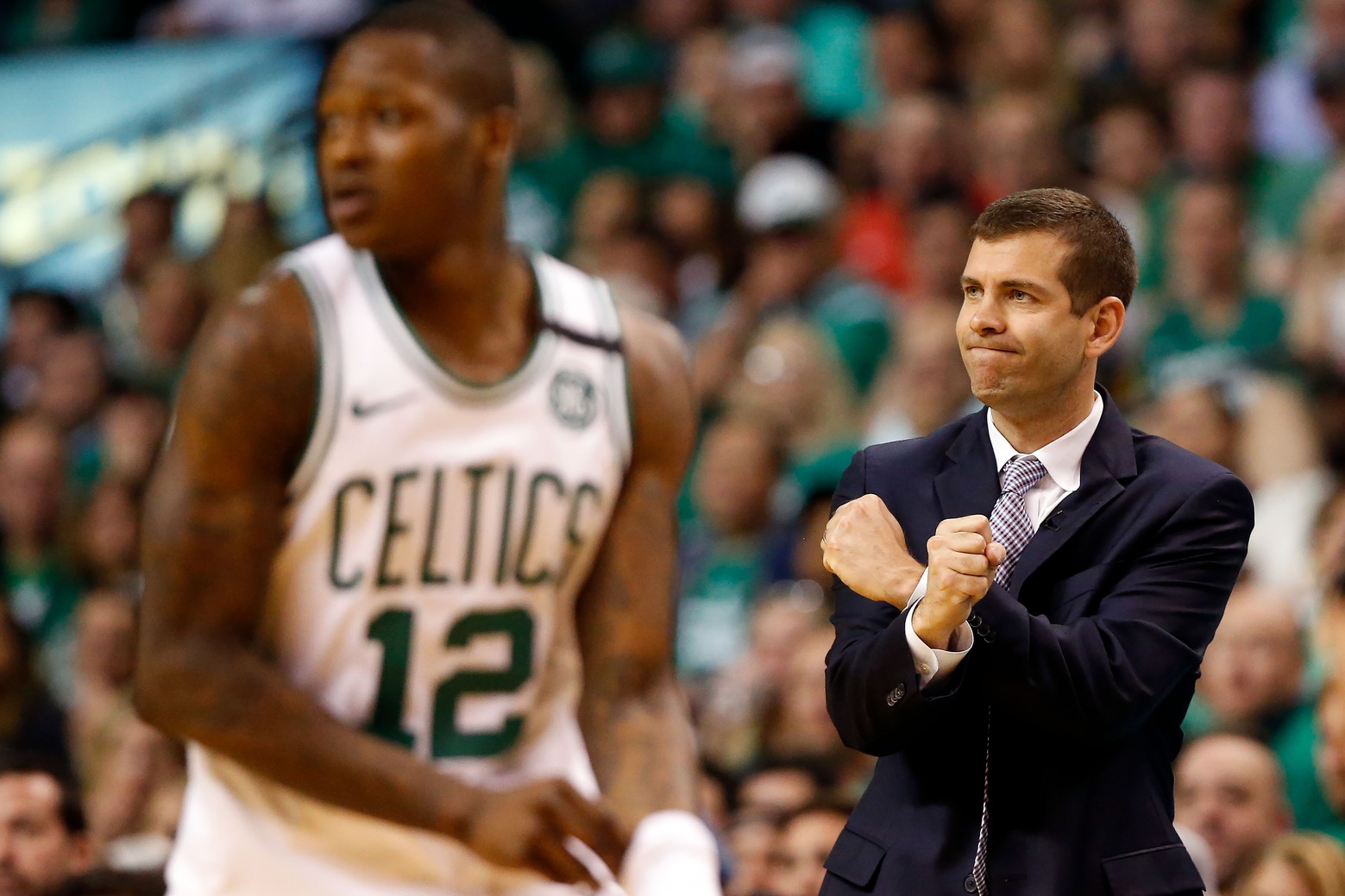 Your Morning Dump... Where Brad's failures made him good

In an offhand moment earlier in this series, Stevens described himself as a mentally weak player back in his days at Depauw University. When stuff got hard on the floor — whether it was missing shots or not playing as an upperclassmen when better players came along — Stevens got lost in his own head.

It was an interesting admission from the coach of a team that prides itself on mental toughness above all things.

“The term I’ve heard is shot amnesia,” Stevens tells me after finishing up that impromptu routine with a miss. “The last one doesn’t go in, you’ve got to be able to move on to the next one. I was never a guy that could do that. I got better as my career went on, but if anyone said anything to me about it, or I thought about it more, especially in the middle of a game, I wasn’t tough enough mentally to handle that. The greatest thing for helping me learn to coach was failing as a player.”

SB Nation: Brad Stevens is a genius — just not in the way you think he is

A typically fantastic piece from Paul Flannery sheds some light on what makes Brad Stevens who he is.

It’s really interesting to hear Stevens talk about the shortcomings he had as a player and how it shaped him as a coach because we just kind of accept that this is who he is and just assume this is who he always was.

It makes a little sense too when you think about it. It’s often hard for some of the best players to become good coaches. While everyone has an ego, some of the greats have egos that are harder to keep in check. Stevens’ failures as a coach serve as that check and open his mind to the potential roadblocks every player faces.

There are also things great players assume to be easy, and it’s difficult for some of them break things down to the finest detail. When you understand the deep frustration of personal failure, you understand how bad coaching can exacerbate situations.

The evolution of Brad Stevens is incredibly interesting. His discovery of the Growth Mindset (which he discussed in detail a couple of months ago on the Locked On Celtics podcast embedded below) combined with his own personal experiences have shaped a mentality that lets his players thrive.

To be clear, this is a symbiotic relationship. Stevens puts players in a position to thrive and the players go out and execute the plan. Great choreography and poor dancers make for a poor show. Poor choreography with great dances does the same. But when both are good, the performance is sublime.

These guys need each other, and everyone should get equal credit. Still, the Brad Stevens origin story is worth telling.

“We’ve got to finish better at the rim,” Stevens stressed Thursday during a conference call. “That’s been pretty well-documented over the last two games.”

The Celtics have finished lately like they’re shooting on a crooked rim. With every other team in the conference finals making at least 62.9 percent of layups and dunks, Boston is checking in at a disappointing 56.3 percent. Over the last three games, that number has plummeted further. The Celtics have connected on just 49.4 percent of their attempts from the restricted area. Even while winning Game 5, they shot just 11 for 27 (40.7 percent) from that close range — a nearly unforgivable rate. While the Celtics have still earned two chances to close out LeBron James and the Cavaliers, their broken finishing looms as a potential downfall. Not only do those misses ruin perfectly good chances to score, but they send the Cavaliers running in the opposite direction with space and opportunity in front of them.

If you’re a glass-half-full type of fan, you could probably convince yourself the recent woes are encouraging. If the Celtics beat Cleveland by double digits in Game 5 while shooting 36.5 percent from the field, you might ask yourself, then what will happen when they finally start converting their easiest chances?

Missed opportunities at the rim are killing these guys. I’m going to be the guy Jay King is talking about here and ask myself how good they’d look if they just finished at an average rate.

Some of the looks are harder than they seem, and some of them are un-called fouls… so it’s not entirely a matter of just being unable to finish at the rim.

The Celtics have spent a lot of time going 1-on-1 to attack mismatches, which plays into Cleveland’s hands. If they can move the ball and force the Cavs to make decisions, Cleveland will make mistakes which will open up clearer paths to the rim. On top of that, Tyronn Lue decides to sit Tristan Thompson in response to Brad Stevens’ deciding to start Aron Baynes, there’ll be less resistance at the rim.

I’ve convinced myself that the Celtics have a good chance to win tonight. If they can finish better at the rim, they’ll pull this off.

Rockets star guard Chris Paul’s status for Game 6 of the Western Conference finals is in question because of a right hamstring injury.

“I will be all right,” Paul told The Undefeated’s Marc J. Spears as he left the arena. Asked specifically about Game 6 on Saturday, Paul said, “Oh, yeah.”

ESPN: Chris Paul to be evaluated after injuring hamstring in Rockets win

If the Rockets DO manage to beat the Warriors… it would be advantageous to Boston if one of their stars wasn’t 100%.

Obviously no one wants an injury, but since it’s happened, we have to discuss how it impacts a potential series. If Chris Paul can’t be explosive and change directions, that would open up defensive possibilities for the Celtics.

I’ll stop there because there’s business to take care of tonight. Let’s just keep this tucked away for now.

Globe: Fatigue not going to be an issue for LeBron James, coach says

ESPN: 5-on-5: Will the Cavs come back? What does a loss mean for LeBron?

MassLive: Boston Celtics’ Brad Stevens on lineup changes: ‘It has nothing to do with the guys that didn’t play’  |  Boston Celtics, a win away from NBA Finals, had zero players voted to All-NBA teams

BSJ: Brad Stevens’ rotation decisions in Game 5 got the best of Ty Lue