Your Morning Dump... Where the pain is a part of the path 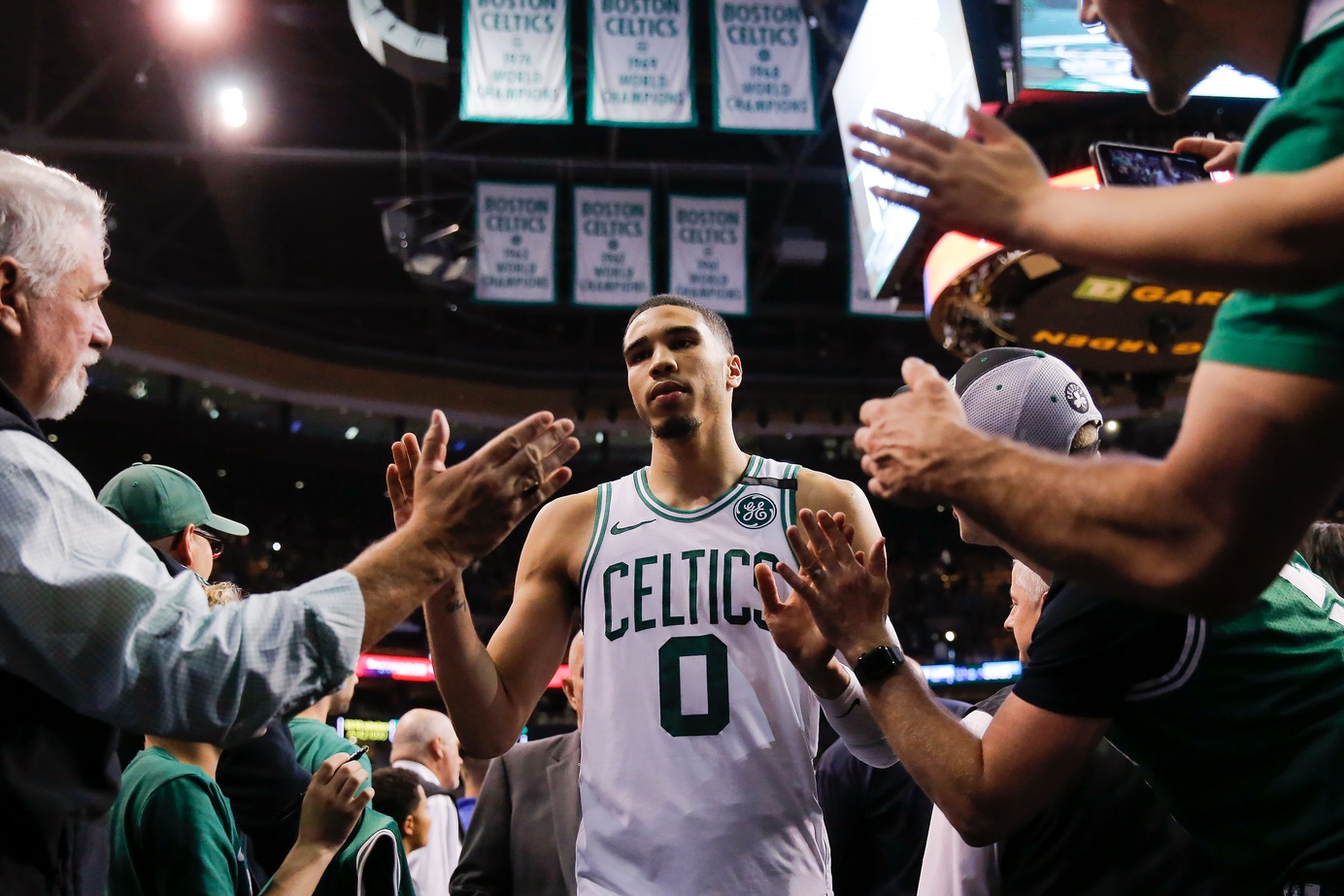 Your Morning Dump... Where the pain is a part of the path

The Celtics lost Game 7 of the Eastern Conference Finals last night to the Lebron James’ lead Cavaliers. Most years, you would read that and think “Damn, that sucks. Can you believe this guy did this to us… AGAIN?!?”

This year, the sting should come with slightly less agony than in years past. Losing in a conference finals series sucks no matter which way you put it, there is absolutely no denying that. Let’s be real though. When Gordon Hayward got injured in the first five minutes of the first game of the season, did you think the Celtics would make the Eastern Conference Finals? Probably not. If you did, I know for DAMN sure you didn’t believe that a possibility when news broke that Kyrie Irving would miss the remainder of the season.

Well, this postseason, the Celtics did what they had been doing all season long. They defied all odds. In round 1, they sent the Greek Freak packing. Round 2, they made fools of the heavily favored Philadelphia 76ers. And in round 3, they took the freaking best player in the world to 7 games. To be blunt, the Celtics really were playing with house money. They took every advantage of it.

All that being said, you do have a right to be disappointed in last night’s loss. As I previously touched upon, the Celtics were playing with house money this season after all the injuries. Most fans would have been satisfied with just a competitive first round series.

It’s all true, of course, but don’t expect them to endorse a lick of it. The Sons of Brad Stevens, even in the wake of a crushing Game 7 loss in their own building, the only one of its so-called improbable playoff run, stomped out of TD Garden believing this was a game they should have won, even after shooting 34 percent for the game and an unfathomable 17.9 percent (7-of-39) from behind the 3-point line.

They will wake up Monday morning fervently arguing that they belonged on this grand stage, not as underdogs but as legitimate contenders.

“None of this was ever improbable to us,” Marcus Morris said. “Like I said from the beginning, once I saw the draw for the playoffs, I expected us to be in the position we were in right now.

The Celtics believed they should have won last night after shooting 34% for the entire game. 34%… but do you know something? I don’t disagree. After Jayson Tatum hit a 3 pointer with 6 minutes to go in the fourth quarter, the Celtics seemed to have the momentum. Cleveland then took the ball up the court and found Jeff Green (ugh) for a wide open 3 to put Cleveland up 2. The following possession, Marcus Smart clanked a 3 pointer and that basically set the tone for the last 5 minutes of the game. The Cavaliers went up 7 on a George Hill transition layup, and that all but iced the cake.

Although tough now, these losses will eventually be of the benefit to both Jaylen Brown and Jayson Tatum.

Winning in May and June is not supposed to be easy, and it rarely is, even for legends in the making. “The pain,’’ Celtics coach Brad Stevens said afterward, ‘’is part of the path.’’

Boston.com: ‘Wait until next year never sounded so good’

Every great player has had their highs and lows when it comes to postseason play. Everyone likes to talk about Michael Jordan being 6-0 in the NBA Finals, but people forget to mention the fact that he also has 3 first round playoff losses. Facing adversity early on in a young player’s career will only strengthen their mentality down the line.

I didn’t just compare Jayson Tatum and Jaylen Brown to Michael Jordan… you did.

ON PAGE 2… Lebron has nothing but praise for Jayson Tatum

I’m going with the latter.

“I just love everything about the kid, the way he plays the game, his demeanor, where he comes from,” James said. “I just know he’s built for stardom. He’s built for success. And that’s both on and off the floor.”

Really, Lebron? You just made the finals for the 8th straight season. You can’t even acknowledge the fact that the kid just put you on a poster?

It is not like he is saying something we don’t all already know, but it is still a very encouraging notion to look forward too. Just to put Jayson Tatum’s rookie numbers in perspective, let’s compare them to the guy he is more often than not compared to.

For Paul Pierce’s rookie season in Boston, he averaged 16 points a game on 44% shooting overall, and 41% from 3 point land. Not bad (keep in mind that Pierce was the 2nd option on that team, and they went 19-31.)

For Jayson Tatum’s rookie season in Boston, he averaged 14 points a game on 47% shooting overall and 43% from 3 point land. For most of the season, Jayson Tatum was the teams 3rd-4th option, and the Celtics finished as the 2 seed. 🙂

AND FINALLY… MARCUS SMART WANTS HIS $$

“To be honest, I’m worth more than $12-14 million,” Smart told Jackie MacMullan of ESPN. “Just for the things I do on the court that don’t show up on the stat sheet. You don’t find guys like that. I always leave everything on the court, every game. Tell me how many other players can say that.”

Bleacher Report: Marcus Smart: ‘To be honest, I’m worth more than 12-14 million’

I don’t necessarily disagree. I’m a huge Marcus Smart guy. It will be incredibly interesting to see how much Danny Ainge values him this summer. Depending on his market value, Danny should make a strong push to keep him.

Boston Herald: Lebron James was good, but the Celtics blew it

Boston Sports Journal: Celtics’ season was an unexpected joy- but they still blew it

The Athletic: Why did the Celtics lose Game 7? Their shots just didn’t fall