Edgar Santana should get save opportunities if Felipe Vazquez is unavailable 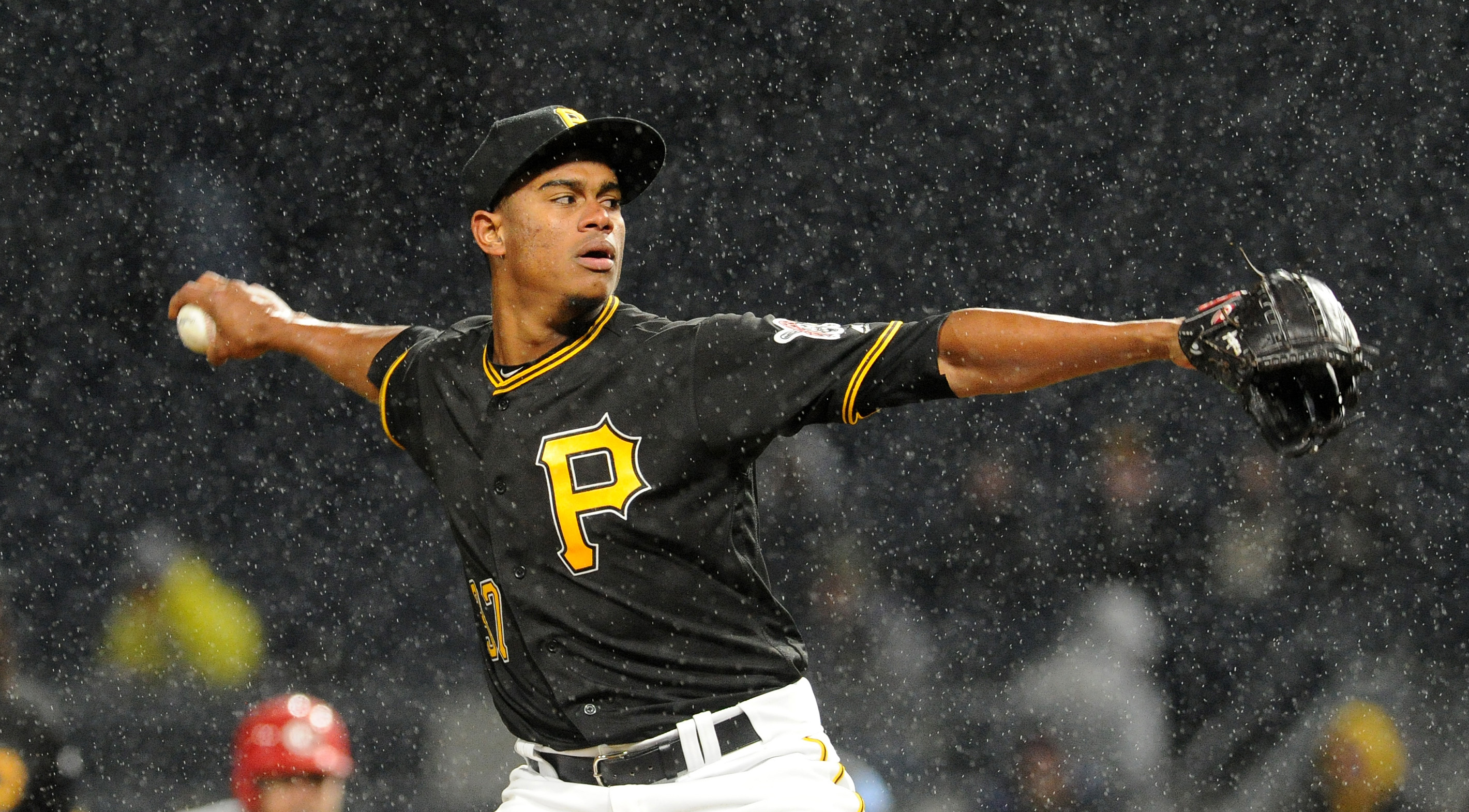 Edgar Santana should get save opportunities if Felipe Vazquez is unavailable

When it was announced that struggling Pittsburgh Pirates closer Felipe Vazquez was shut down for Monday, you had to wonder who would get the ball in the ninth inning should there have been a save situation.

After another blown save on Sunday, Vazquez was tabbed with some forearm discomfort and was unavailable to pitch on Monday.

As of this writing, no news has come down on Tuesday regarding Vazquez, but if he should get put on the disabled list, who closes games for the Pirates in the short term?

Despite the recent struggles of the Bucs bullpen, there are several decent candidates, but only one makes sense.

As good as Tyler Glasnow has pitched as of late and even though I wrote earlier today he deserved a bigger role, he’s not being thrown into the ninth inning.

Michael Feliz has the stuff and was pitching great until being promoted to the eighth inning guy. In his last 4.1 innings of work he’s allowed seven earned runs. Needless to say Feliz has to get the ship righted before getting save opportunities.

Richard Rodriguez is striking out a ton of batters with a K/9 of 14.2 right now, but I don’t know how comfortable I would feel with him in the closer role.

I would feel more comfortable with Kyle Crick, who has been pretty good since being promoted on April 11.

However if I am Clint Hurdle, Crick doesn’t get the nod in the ninth inning either.

And the Winner is…….

For me it is an easy decision as if Vazquez isn’t available, I’m giving the ball to Edgar Santana in the ninth inning in the short term.

He hasn’t allowed a run in 13 straight appearances, although he did allow a couple of inherited runners to score on Sunday.

That’s because of his slider which has been a wipeout pitch.

Santana’s slider is getting hitters to swing and miss 46.94 percent of the time, while the league is hitting just .111 off the pitch.

You can also see the adjustments Santana has made as he’s started to have more success at the big league level.

The past couple of months he’s shied away some from the four seamer and gone hard with the sinker/slider combo, which has worked out great for him.

At the end of the day, if Vazquez is unavailable, Hurdle needs to give the ball in the ninth inning to not only the guy pitching the best, but the guy who has the stuff to succeed in that role.