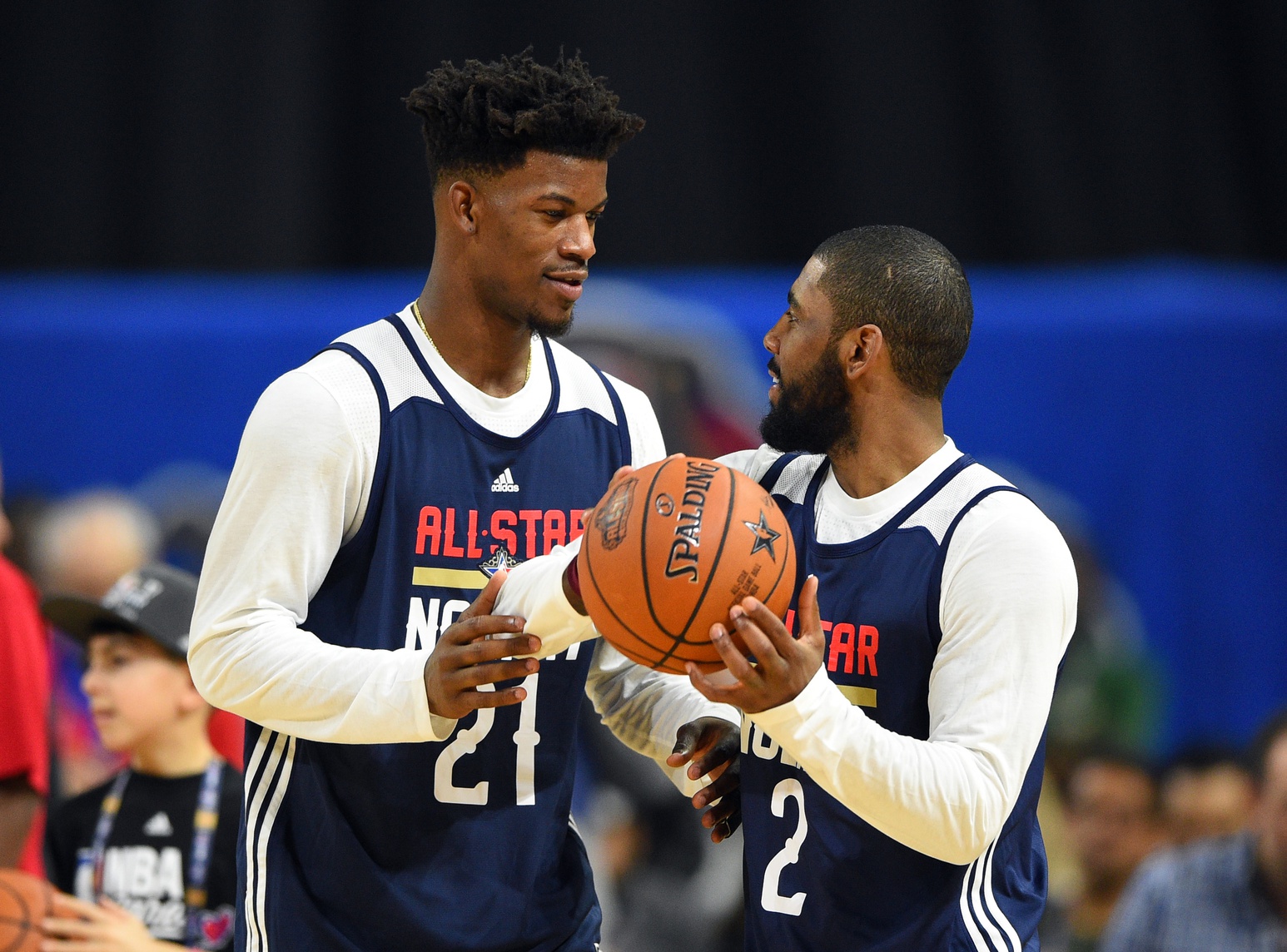 Joe Cowley of the Chicago Sun-Times has a take that’s hotter than the New England weather:

A league source close to the situation told the Sun-Times on Tuesday that Kyrie Irving and former Bulls All-Star Jimmy Butler are still trying to figure out a way to play together. Whether that means the Celtics try and acquire Butler this summer or the two simply wait a year, both opt out of their player options after the season, and join forces that way.

Either way, the two former Team USA Basketball teammates are looking for a destination to build an elite backcourt, whether that’s in Celtics green or elsewhere in the East.

Irving has already said he won’t be signing a contract extension this summer. As for Butler, a league source said that he also has no intentions of signing an extension with Minnesota, all but fed up with the nonchalant attitude of his younger teammates, specifically Karl-Anthony Towns.

First off, any reporter who cites Butler and Irving’s refusal to sign contract extensions this summer without clearly stating it would cost them each upwards of $90 million dollars is being disingenuous.

The NBA is widely unpredictable but a Butler/Irving pairing seems unlikely at the moment. If the Celtics offer Kyrie Irving a 5-year, $180+ million deal, I’m fairly confident he’s taking it. If Danny Ainge doesn’t think he’s worth the risk, then anything is possible.

I don’t see any way Butler joins Irving in Boston unless the Celtics woefully underperform this season and there’s a dramatic roster shake-up.