Your Afternoon Dump... Where the Celtics have reportedly hurt Marcus Smart's feelings 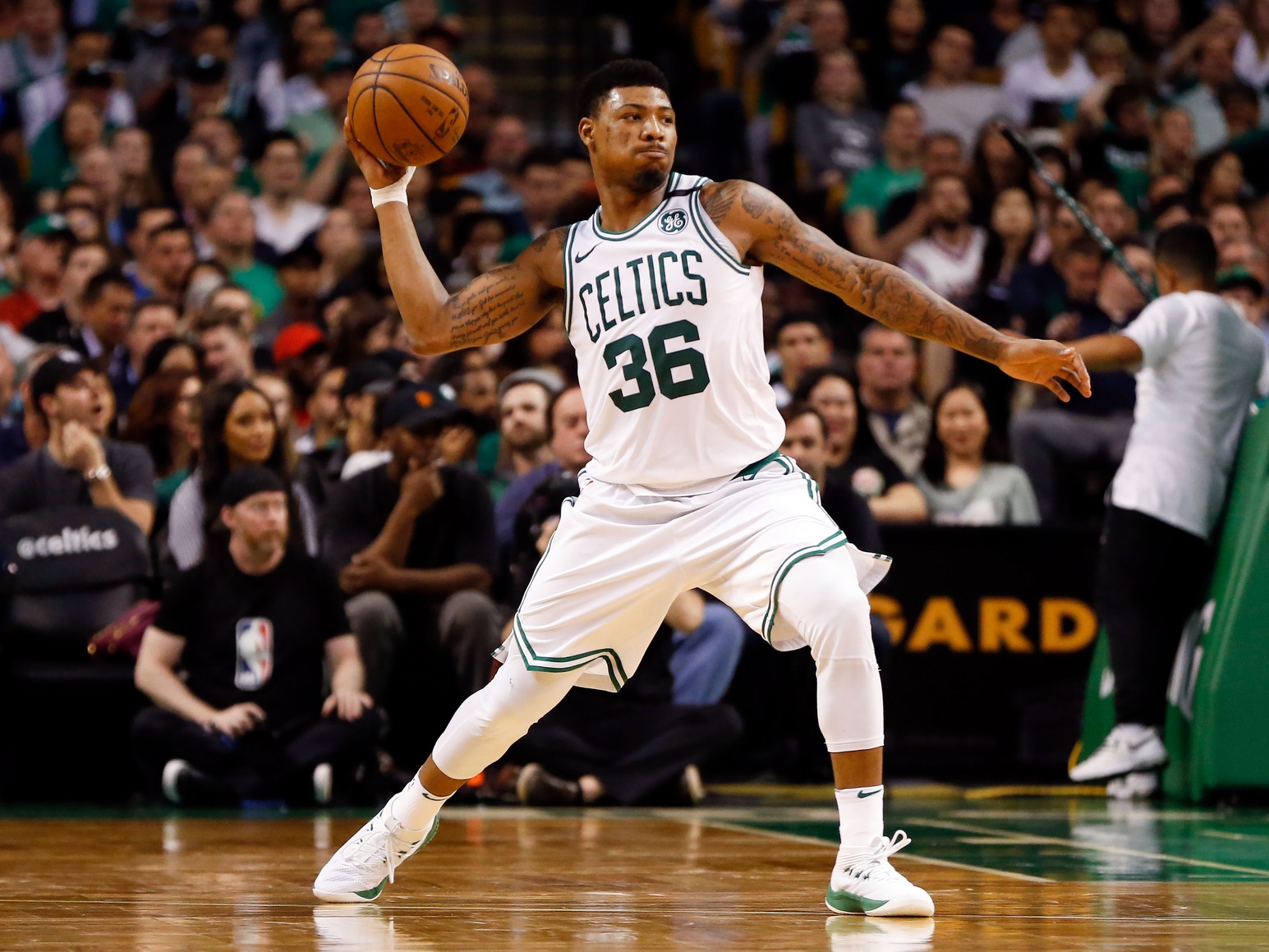 Your Afternoon Dump... Where the Celtics have reportedly hurt Marcus Smart's feelings

And according to someone close to the Smart camp, who requested anonymity to comment on the situation, the Celts guard is frustrated with the lack of outreach from his team.

“He loves the Celtics, but with these crickets he’s hearing, he’s hurt and disgusted by it,” said the source.

Though fellow 2014 lottery alumnus Dante Exum signed an eye-opening three-year, $33 million contract with Utah, for the most part the market has been bearish for restricted free agents.

However, limited prospects aren’t the main issue behind Smart’s disillusionment.

“I don’t think that bothers Marcus as much as no communication from Danny (Ainge),” said the source.

While I’m not thrilled with this news, I’m willing to bet this source is exaggerating the situation to the media in an attempt to squeeze the Celtics.

I love Marcus and desperately want him on this roster but I’m not going to panic because Danny Ainge is moving slowly. When Danny is done contemplating whatever scenarios come his way (I’m still not sold that Boston is out on Kawhi Leonard), then he’ll deal with Marcus.

This is life as a restricted free agent. You’re still at the mercy of the team.

On Page 2, Kyrie’s disdain for LeBron goes back years.

Irving’s discontent came up during a roundtable discussion featuring Jason Lloyd of The Athletic, Dave McMenamin of ESPN.com and Joe Vardon of Cleveland.com on 92.3 The Fan in Cleveland (h/t Jack Maloney of CBSSports.com).

As part of the podcast, Lloyd said the following regarding how Irving felt about James’ return to Cleveland:

“It has been made clear to me by multiple people, Kyrie never really wanted LeBron to come back [to Cleveland] in the first place. He didn’t think it was necessary. LeBron said something to Kyrie on the court following a game when he was with Miami something to the effect of, ‘Keep going, keep doing what you’re doing. You never know, I could be back here one day.’ And Kyrie basically said, ‘What’s he talking about, we don’t need him.'”

I have next to nothing in common with Kyrie Irving, except his disdain for LeBron James. And it’s reason #578 why I want him to sign longterm with the Celtics.

Most of the intrigue will surround Robert Williams, the 27th overall pick in this year’s draft. The talented big man has had a rocky start, sleeping through his introductory conference call before missing a flight to Boston and thus missing his first NBA practice. But no one questions his talent, and this will be his first chance to show it at this level.

Second-year forward Semi Ojeleye, who emerged as a key defensive stopper in the playoffs when he defended everyone from Giannis Antetokounmpo to LeBron James, will play in Las Vegas, along with second-year forward Guerschon Yabusele. The roster also includes the Celtics’ two-way G-League players from last season: Jabari Bird and Kadeem Allen. But the star power is certainly lacking a bit compared with the last few seasons.