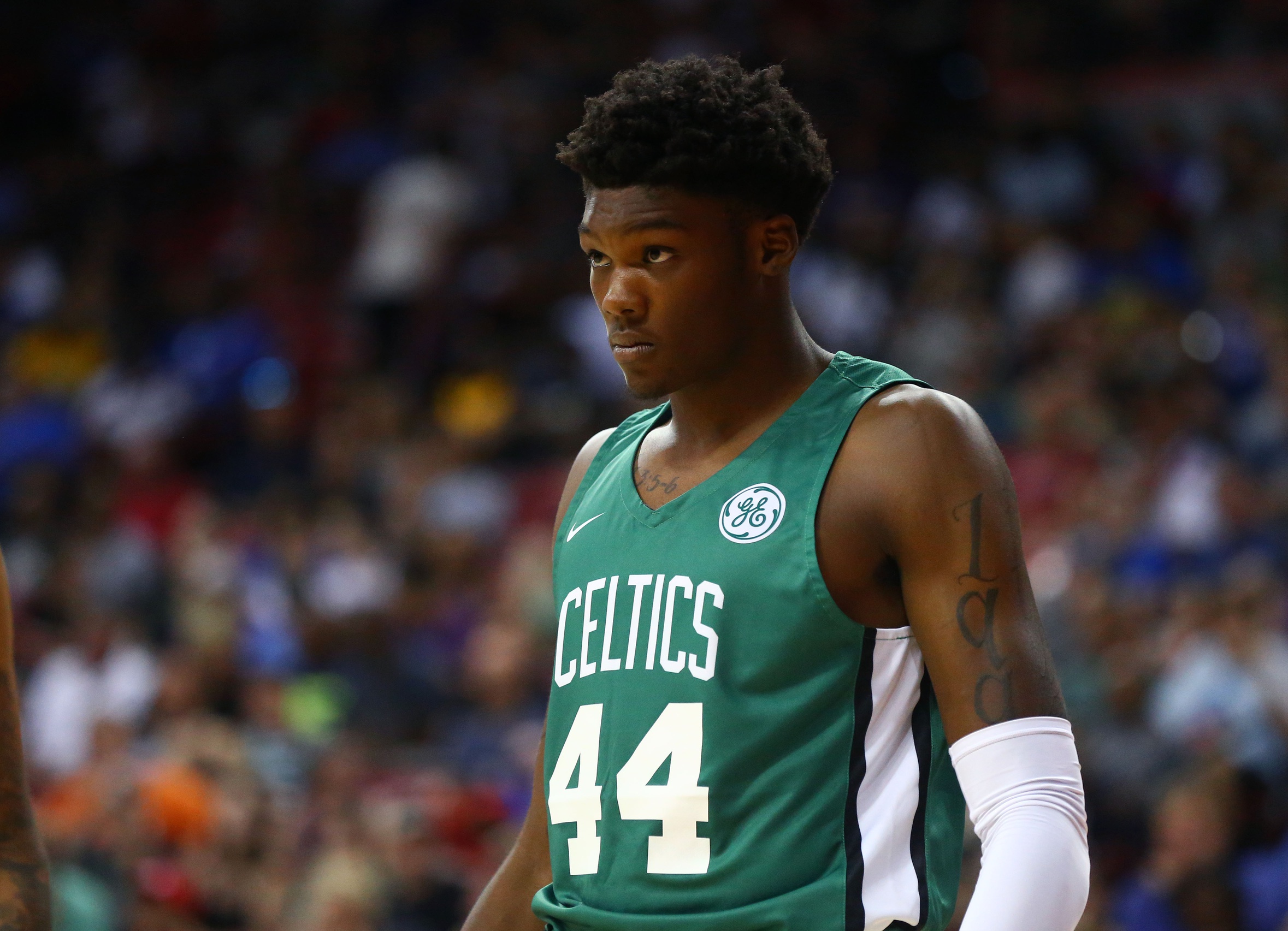 Robert Williams has played about seven minutes of Summer League basketball, which might be all the basketball he plays in Vegas.

The Boston Celtics today announced Williams is missing his second game because of a knee contusion he suffered in Game 1.

With Williams (knee contusion) out again tonight, Ainge not sure if the rookie will be shut down for rest of summer league. "Don't know. Just taking it day by day right now."

In talking with the Celtics here in Vegas, it’s obvious they’re not going to push Williams any longer than they have to.

“We have the best training staff in the league and they are totally on top of his physical conditioning,” said Summer League coach Jay Larranaga. “I’ve just kinda told him whatever is best for his long-term career with us, that’s what I”ll do.”

Williams looked OK in his first game. He was clearly trying to work on his screening and rolling hard to the basket. He said after the game that he’s “focusing on the angles I’m screening and the speed of getting out of the screens, knowing the timing and knowing when to get out of them.”

In addition to his on-court development, Jay King of The Athletic reports the Celtics are giving Williams his own personal on-and-off court tutor, assistant coach Alex Barlow.

Barlow’s new role on the Celtics staff has not been defined in full, but it’s already clear he will be asked to help Williams both on and off the court in ways the Celtics provide guidance to all their young players. The particulars of the relationship may evolve, but the current plan calls for Barlow to assist Williams with everything from his perimeter ball handling to his free throw shooting to his professionalism. If Williams ultimately spends time with the Red Claws, Barlow could end up taking the trip alongside him.

The Celtics are clearly taking steps to ensure Williams has every chance to succeed. They’re not going to push him on the court and they’re going to make sure he’s got support off it. Ultimately, Williams was a low-risk selection at 27, but he’s so skilled the reward can be very high. If it doesn’t go well for him, it won’t be for lack of trying on the Celtics part.