Does J.A. Happ make sense for the Pirates? 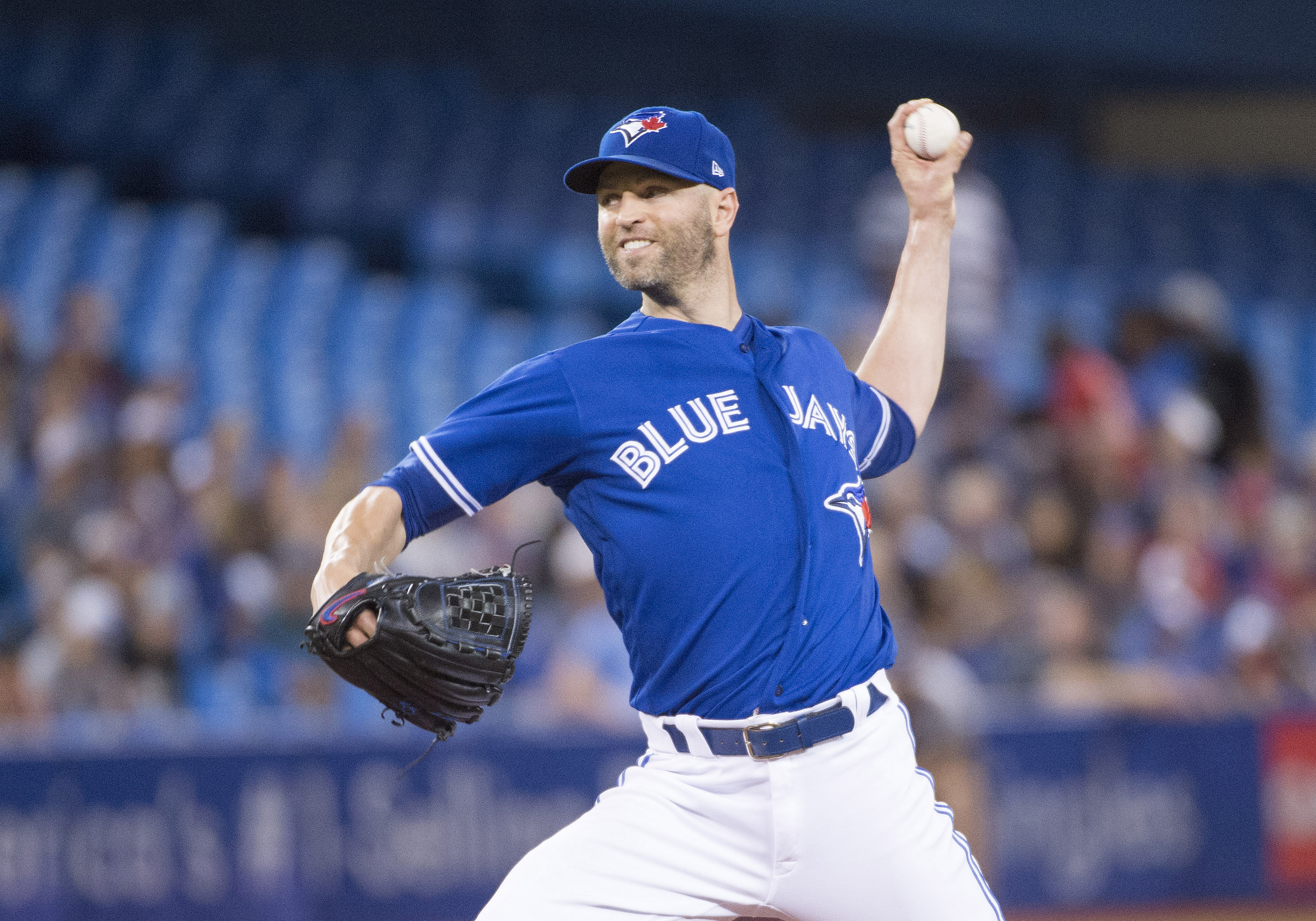 Does J.A. Happ make sense for the Pirates?

Riding a 10-game win streak, the Pittsburgh Pirates sit just four games out of the final wild card spot and in a matter of a couple of weeks, suddenly have gone from sure fire sellers to potential buyers at the trade deadline.

It’s always curious what Pirates’ general manager Neal Huntington is thinking, and even more importantly, what his budget will allow him to do come July 31.

Looking at the Pirates roster as it stands now, they likely could use an upgrade in the starting rotation.

While they won’t be players for a top of the rotation horse, they could upgrade potentially with a reunion with current Toronto Blue Jays starter J.A. Happ.

The market for Happ

Several teams are in on Happ as it makes perfect sense for Toronto to move him by the deadline as Happ is in the final season of his  three-year, $36 million contract he signed with Toronto in November 2015.

The Red Sox, Yankees and Dodgers all had scouts out for Happ’s last start and Seattle and the Chicago Cubs are also among the teams that have been linked to Happ so far.

There’s the obvious and that’s the success he had last time around in Pittsburgh where he went 7-2 with a 1.85 ERA in 11 starts down the stretch in 2015.

He would represent an upgrade over a couple of arms in the current rotation and it would be nice to add a veteran starter that has appeared in big games before.

Then there’s the swing-and-miss stuff.

Happ has struck out at least eight batters in nine of his 20 starts, and he’s averaging double digits in strikeouts per nine innings (10.6) for the first time in his career.

The success Happ had with Ray Searage may be an overrated factor, but it also can’t be ignored.

While on paper Happ would represent an upgrade over the likes of Trevor Williams, Nick Kingham and Chad Kuhl when he’s healthy, you also can’t ignore how well the starting rotation has pitched as of late.

On the surface it would be Williams, but he has pitched well as of late.

In addition to outpitching Corey Kluber Monday night, Williams has rebounded by tossing 11 scoreless innings his past two starts.

Kingham could always be sent back to the minors as they haven’t had a problem shuffling him back and forth, but does Huntington really want to tinker with what is working right now?

Here’s the biggest kicker of why I feel Happ to Pittsburgh doesn’t get done.

The price is going to be too high.

The starting pitching market is very weak at this deadline and Happ may be the best one out there.

That alone means Toronto should be asking a lot for Happ.

There’s going to be a bidding war and Huntington doesn’t fare very well in those situations.

The Pirates have a glut of middle infield depth so could Cole Tucker be dangled and a couple other lower prospects?

I personally wouldn’t go much higher than that for two months of Happ.

Austin Meadows, Mitch Keller, Ke’Bryan Hayes, Taylor Hearn, Will Craig and others shouldn’t be discussed for Happ and sadly I feel it will take one or more of those to get a deal done.

That’s not to say I wouldn’t deal any of those guys in the right deal, just not for Happ.

At the end of the day, a Happ reunion in Pittsburgh might sound nice, but it likely doesn’t make that much sense.