Your Morning Dump, Where the Celtics are clipping coupons 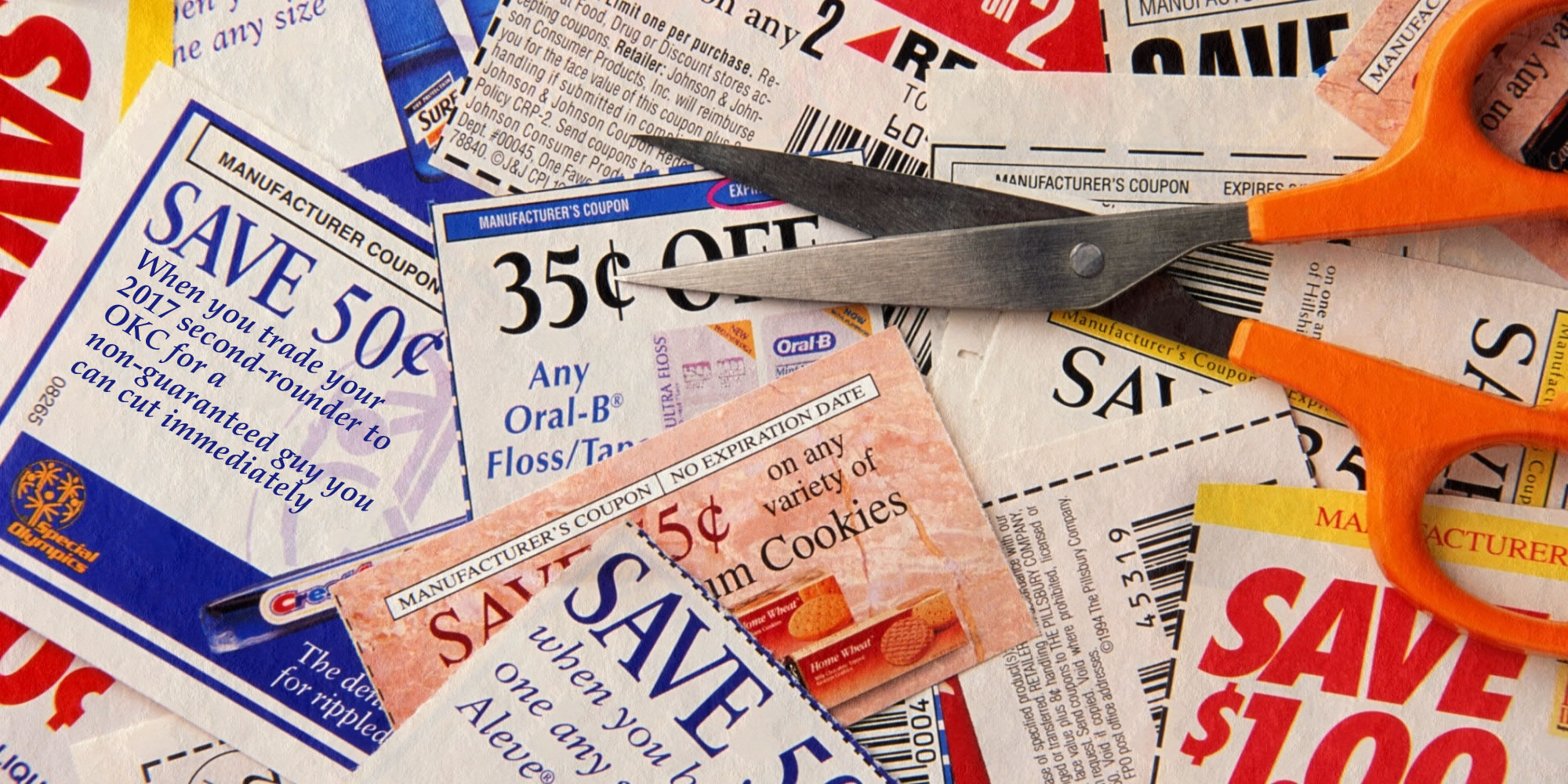 Your Morning Dump, Where the Celtics are clipping coupons

Avoiding the tax will become a somewhat significant issue to watch as the summer drags on, since Boston would prefer to push the clock back on the repeater tax. Per Ryan Bernardoni, the Celtics are now roughly $2.5 million over the tax line.

The Celtics’ starting five will obviously be untouchable, as will the newly-signed Marcus Smart. Terry Rozier is too valuable to be moved in a deal simply to get below the tax line.

But players like Guerschon Yabusele and Marcus Morris might be on the table. Yabusele’s contract would get Boston just slightly below the $2.38 million necessary, while Marcus Morris’s $5 million contract — if dealt for a second-round pick — would clear space for a signing like Jabari Bird.

So the Celtics made a move late yesterday (Abdel Nader + cash to OKC for Rodney Purvis) that gave me something to write about today!

This is about as exciting as it gets once summer league wraps up–unless something absolutely bonkers happens like it did last year.

The move is a clear attempt to reduce the team’s 2018/19 salary obligations. I’ve long said that the Celtics will pay the tax if they feel that it’s necessary; they’re not going to ditch a guy they see potential in to save a few million dollars in tax. However, Nader wasn’t going to move farther up the depth chart for the Celtics–who are well stocked with guards.

Will the team trade Marcus Morris to get under the tax? I’d consider it more probable than trading Yabusele, because the team can take back a player w/Morris and still drop below the tax line. Morris was a valuable player last season, but that was in no small part because of injuries the Celtics suffered to Hayward and Theis; with those two healthy minutes in the front court are going to be a bit scarce and Morris’s abilities, frankly, would go to waste on a healthy Celtics team.

However–overall–the Celtics are pretty well positioned in terms of the salary cap. Two of their best players are still on rookie contracts, and will be for the next two (Brown) and three (Tatum) years. By that point, Al Horford should be on a less expensive contract based on his age, and the cap itself should be higher.

One of the surprising results of this new draconian luxury tax is the Kevin Durant situation, and it bears watching over the next couple years leading up to a new CBA.

Kevin Durant is, at this very moment, arguably the best player in the NBA, and his off-the-court earnings likely dwarf his income from the Warriors.

And this is the second year in a row that he’s taken a steep discount.

Essentially, Durant–who should be one of the highest played basketball players in the league–is taking a pay cut so that the Warriors remain a profitable business for Joe Lacob.

Fellas, that’s not how the league is supposed to work, and I can’t imagine the player’s association likes the precedent this is setting: The luxury tax, meant to impose financial costs on owners, is being used as a lever to extract salary concessions from players.

The player’s association is dead set against a hard cap, but you can trust that the Warriors’ current approach of leaning on players for discounts is irritating a lot of other owners in the league, and leaving them to consider other ways of preventing ‘super teams’ (which, given the history of the league, seems almost impossible).

Page 2: Where not much is going on so I give my two cents on the Isaiah Thomas thing as well.

(Ainge and Thomas) talked for 15 to 20 minutes, Thomas says, and he told Ainge: ‘If the opportunity is there, I would just like to let you know that I’d love to come back.

From a couple columns I wrote last year:

Ainge handled this whole situation with a measure of forthrightness that is commendable.

Basketball careers aren’t forever, and there’s a whole lot of life before and after and around basketball, and in that arena, Ainge and the ownership group have displayed a pretty meaningful amount of loyalty to Celtics alums. Thomas and Crowder could probably ask anything from Ainge–and get it–other than staying on the team.

That’s why, if this deal gets undone, I think the Celtics can mend fences

That the Cavaliers management have done this to Isaiah is absolutely, completely, totally and utterly without justification. There is no excuse for what the Cavs did to Isaiah over the past four days.

Because now, it turns out, the Cavs have let it be known, through Woj, that they’ll conclude the trade if they can get a ‘late first round or second round pick’, and that they will no longer be demanding a young player as ‘additional compensation.’

(Woj makes it official: Cavs are the worst organization in basketball and this is just a shakedown.)

IT told Woj he doesn’t hold grudges, but we all know that’s a big pile of nature’s fertilizer. The Cavs–the team that ostensibly wanted IT badly enough to trade Kyrie Irving for him–are now in need of, among many other things, a decent point guard, and they weren’t even on his radar. Do you think IT gave a moment’s thought to going back to Cleveland? Do you think he reached out to Dan Gilbert and was like, ‘hey, let’s let bygones be bygones…’

Finally: A slideshow of players at NBC Sports is the only other thing going on

Like five players that the Celtics could add to round out their roster, but which they probably won’t