Your Morning Dump... Where we check in on Jabari Bird and wonder if he'll be #15 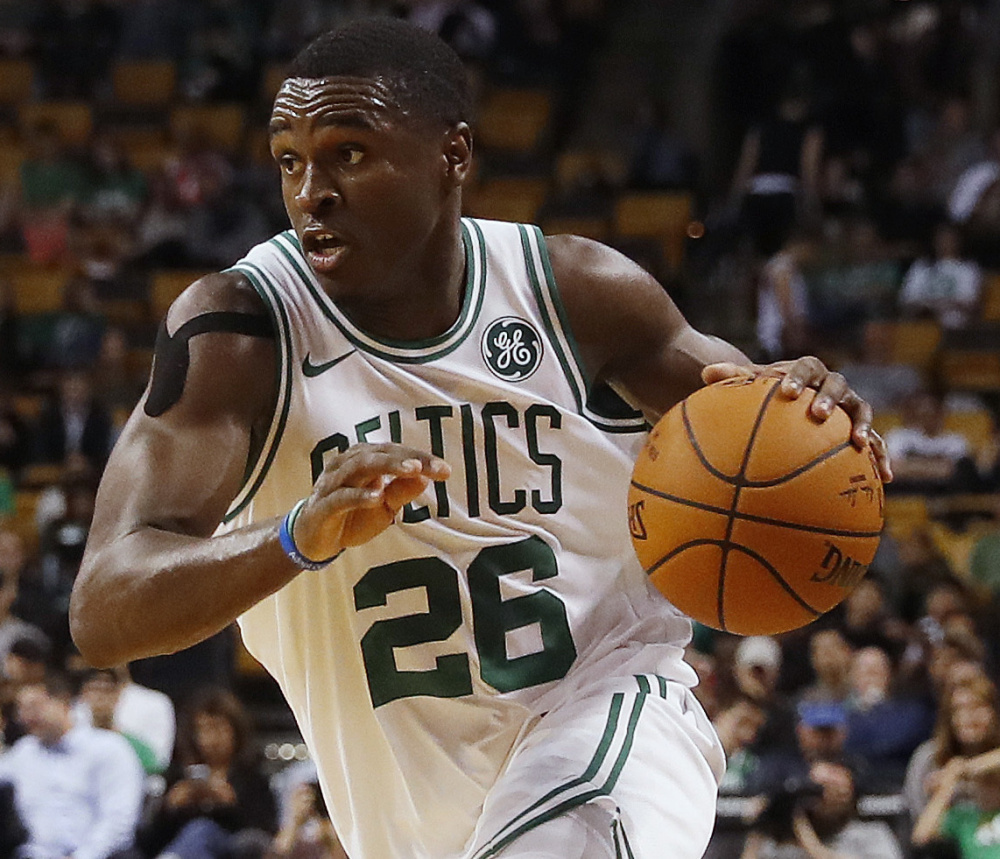 Your Morning Dump... Where we check in on Jabari Bird and wonder if he'll be #15

Were you able to build more of a bond with some of your Celtic teammates in year two during this summer league?

JB: It’s always great when you come back for the second year. You have familiar faces. You kind of know each other’s game. I had an opportunity to play with them a little bit before the end of the season. It’s been fun. I think you saw our chemistry out there.

Plans for the rest of the summer?

JB: Just work out by myself, just to see friends and family and chill out for a little bit. It’s been a long year, almost a year-round so my initial plan is to take some time off, be with family and get back in the gym after a couple weeks. Try to get ready for training camp from there.

Are you at a point where you might look overseas if a big offer came from there since it’s been a tough market this summer?

BostonSportsJournal — Jabari Bird opens up on his free agency, potential future with Celtics

We’ve heard Jabari Bird declare during summer league that he isn’t going to take his talents across the pond, and he hasn’t backed off that statement. The Celtics can sign Bird to another two-way contract and keep roster spot fifteen open going into camp (or use the taxpayer MLE to sign a veteran), they can work on some sort of deal and give him a roster spot, or their hand can be forced if another team puts together an offer, since Bird is currently a restricted free agent.

Much like the Marcus Smart situation, I’m sure Danny Ainge feels no rush to make a decision on Bird, or on the fifteenth spot in particular. The Celtics are one of, if not the deepest team in the league, and whoever gets rewarded the spot probably won’t get much burn on the court. Still, with much of the summer activity now concluded, it seems like this is the last puzzle piece to place between now and training camp.

As much as I loved the way Bird played this summer, I’d wait things out and sign him to the last two-way spot if no other offers emerge. The Cs are a team that needs to watch their wallet and Bird’s a guy that wants to stay in the NBA by any means necessary.

Boston Celtics star Gordon Hayward is “closing in on full strength,” according to a Wednesday post on his website.

Connor Yahn writes on Hayward’s site that Hayward is now able to “complete linear sprints and come to a full stop without any pain.” He adds that Hayward “plans to be at full speed,” which means competing in five-on-five drills, come August.

The announcement lines up with the timetable the Celtics have provided all summer. Coach Brad Stevens has consistently told reporters the team expects Hayward, who broke his left ankle on opening night, to return to basketball activities at some point in August. President of basketball operations Danny Ainge has said the same. Stevens and Ainge have also projected a similar timetable for fellow star Kyrie Irving, who is returning from knee surgery.

Look, I know we get one of these seemingly every week, but I’d rather get “Gordon is cutting” and “Gordon is jumping” blog posts than, “Gordon had a setback” and “Gordon had another piece of metal removed from his body to add to the 8 foot tall scrap heap of Irving and Hayward hardware.”

I’m not sure how we’re going to get through the next 6-7 weeks with nothing but Hayward and Irving updates, but no games to watch. I wish I had DVR’d all of the pre-season games last year so I could just watch them on loop until we get started in September.