Your Morning Dump... Where the Lakers make a competent move (and we like it) 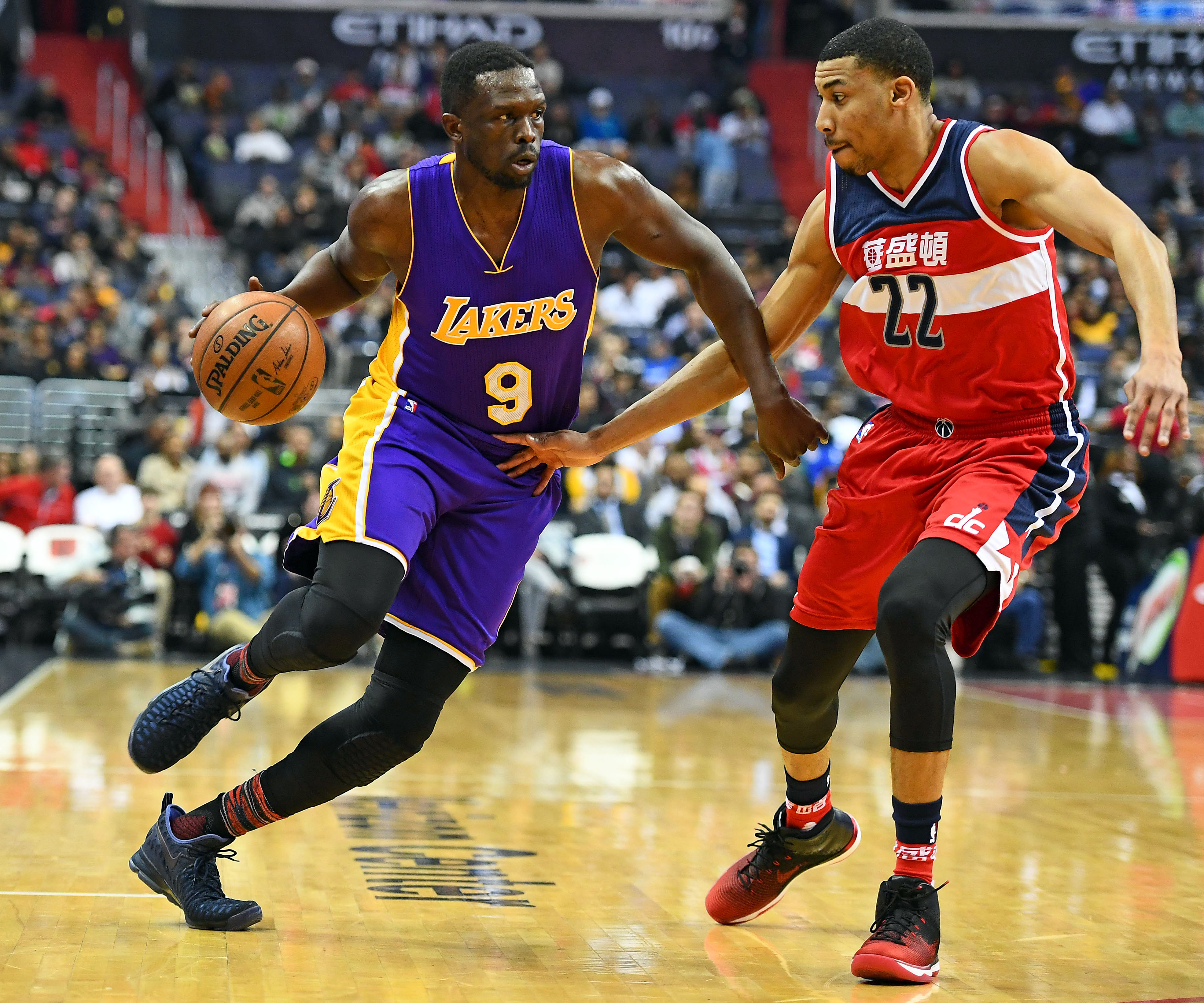 Your Morning Dump... Where the Lakers make a competent move (and we like it)

Be afraid of the Los Angeles Lakers. Not only do they have Magic Johnson and LeBron James. But this front office is legit. Witness the Luol Deng buyout.

[…] By waiting until September 1, Deng’s 2018-19 salary became fully committed, meaning the Lakers could only stretch his 2019-20 salary. This is fine, because there’s no reason for the Lakers to clear 2018-19 cap space now: all the players you’d use it on are signed! The other reason a team might use it — to minimize luxury tax payments — are irrelevant to the Lakers. By waiting, the Lakers would instead count $18 million of Deng’s contract against the 2018-19 sheet and carrying $6.27 million in dead cap space for three years.

[…] But what about players with 10 or more years of service, like, say, Kevin Durant? Their projected max starting salary next year is $38.2 million. So stretching Deng over three years wouldn’t quite do the trick. There would need to be another move to make the space.

Unless the Lakers convinced Deng to take a discount to get out of his contract.

SB Nation: Lakers’ Luol Deng buyout is even more brilliant than you think

The Lakers have managed to have themselves a nice little offseason. Not only did they get LeBron James, but they’ve rid themselves of one of the NBA worst contracts while putting themselves in a position to acquire the most prized NBA free agent two years in a row.

Luol Deng gave back more money than most players would just to leave. Maybe he thinks he can make back the $7.5 million somewhere else. Whether that confidence is rational or not doesn’t matter. What does matter is that he gave the Lakers back just enough money that they can now afford to offer Kevin Durant the max next summer.

Who knows if he’ll take it, but they have put themselves in a position to be players next summer. They have the money, the prestige, and LeBron… someone will want to play there.

Personally, I love it. As a matter of fact, I think this all bodes very well for the Boston Celtics.

Let’s look at the possible scenarios:

Great! The juggernaut Warriors dynasty is dismantled. Golden State would still be very good, but they’d also be vulnerable again. Sure, the Lakers would be really good too, but that just means Boston gets to beat L.A. in the Finals and it would be super sweet to beat that team. And remember, LeBron will be 35 when this happens. Yeah, he’s a machine, but eventually everyone runs out of time. 35-year-old LeBron will still be great, but he won’t be what he was.

2: Durant stays in Golden State and the Lakers get another star.

Great! The Lakers will be just good enough to beat the hell out of the Warriors and wear them down. The Warriors will still be a juggernaut, but all those axes swinging at them throughout the playoffs could do enough damage to let Boston come in and cut the tree down. Bonus points if that new Lakers star is Kawhi and Toronto is forced into a rebuild.

3: Durant leaves Golden State for another team, Lakers get another star

Great! Although it might mean Durant is in New York, I don’t trust the Knicks to actually take advantage of that. Meanwhile the Lakers-Celtics Finals scenario is back in play.

Great! Because we get to point and laugh

The Lakers did well to rid themselves of Deng’s contract. They might get another star to pair with LeBron. Maybe Lonzo Ball will flourish in that scenario… maybe Brandon Ingram will blossom from “stick figure who is really good at basketball” into a star.

In the best of cases, Boston and Los Angeles will be back where they belong, facing each other for an NBA championship. In the worst, we get that sweet Schadenfreude.

The All-Star guard visited the Dakota reservation this month for a naming ceremony into the Lakota tribe. He was given the name Little Mountain. His late mother was enrolled in the tribe before being adopted as a youth.

Tribal spokeswoman Danielle Finn says Irving donated $110,000 to the tribe, with the stipulation it support the reservation’s youth.

Herald: Tribe to use Kyrie Irving donation for youth programs

it is a well-known fact that drug and alcohol abuse among Native Americans is worse than non-Natives. Children start drinking sooner, and they get addicted to substances at higher rates than their non-Native counterparts.

Kudos to Kyrie for using his cultural re-connection to make a difference.

The Morris twins turn 29 today. Here’s to another meme-able year.