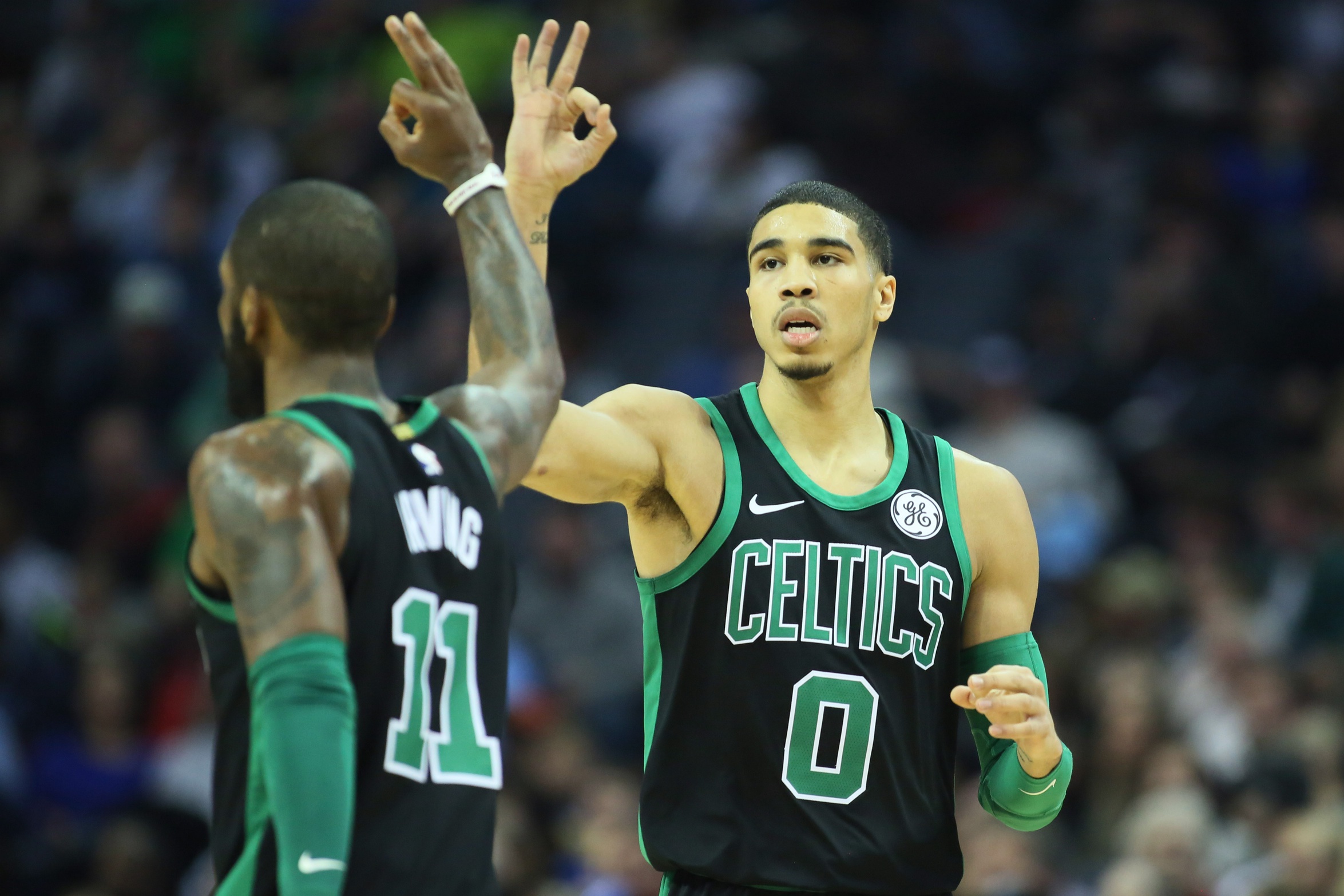 I thought I was overly excited about the potential of the Celtics starting 5 this season until I read Zach Lowe’s latest column for ESPN.

Forget the buzz about LeBron playing center, or DeMarcus Cousins lumbering into the Warriors’ starting five. This quintet is the most exciting group since Golden State stumbled into the Death Lineup: Kyrie Irving, Jaylen Brown, Jayson Tatum, Gordon Hayward and Al Horford. The level of shooting, playmaking, and switchability on defense (minus Irving) is outrageous.

Think of all the switch-proof pick-and-roll combinations! Irving can roast bigger guys on switches; Brown, Tatum and Horford are well-versed at backing down smaller defenders on the other end of those switches. (Bully ball is the last piece missing in Hayward’s game; he worked on it a ton going into last season.)

The Celtics were reluctant to go small with Horford at center and Brown and Tatum splitting power forward duty; Marcus Morris was their crutch. But when they did, the results were scary. Counting only lineups that logged at least 10 minutes and featured Horford at center alongside any four of Irving, Brown, Tatum, Marcus Smart and Terry Rozier, Boston outscored opponents by 75 points in 276 total minutes — equivalent to about 13 points per game. None of those lineups featured Hayward.

I suspect we will see a lot of this group, and that it will start its fair share of games. Remember: It was Brad Stevens’ opening night starting five last season, before catastrophe struck. Aron Baynes may start against beefy centers, but reserving Horford a large slice of power forward minutes will make it hard for Stevens to find enough time for all his perimeter players.

GOD DAMN, I CAN’T WAIT FOR OCTOBER 16. My excitement for this coming season just might exceed the feels I had in 2007. Back then, I was thrilled with the Celtics return to relevance. Today, even with the Warriors established greatness, I’m expecting a trip to the Finals and a tough series.

Lowe suggests the lineup is nickname worthy but his “Irish Exit” suggestion is admittedly weak.

John offered up a violent alternative:

Zach wants a nickname for the C's Kyrie/Hayward/Horford/Tatum/Brown lineup.

My first thought is the "switchblade" lineup… because they're so swtichable and they'll cut you up on offense https://t.co/BYSq0xkWS3