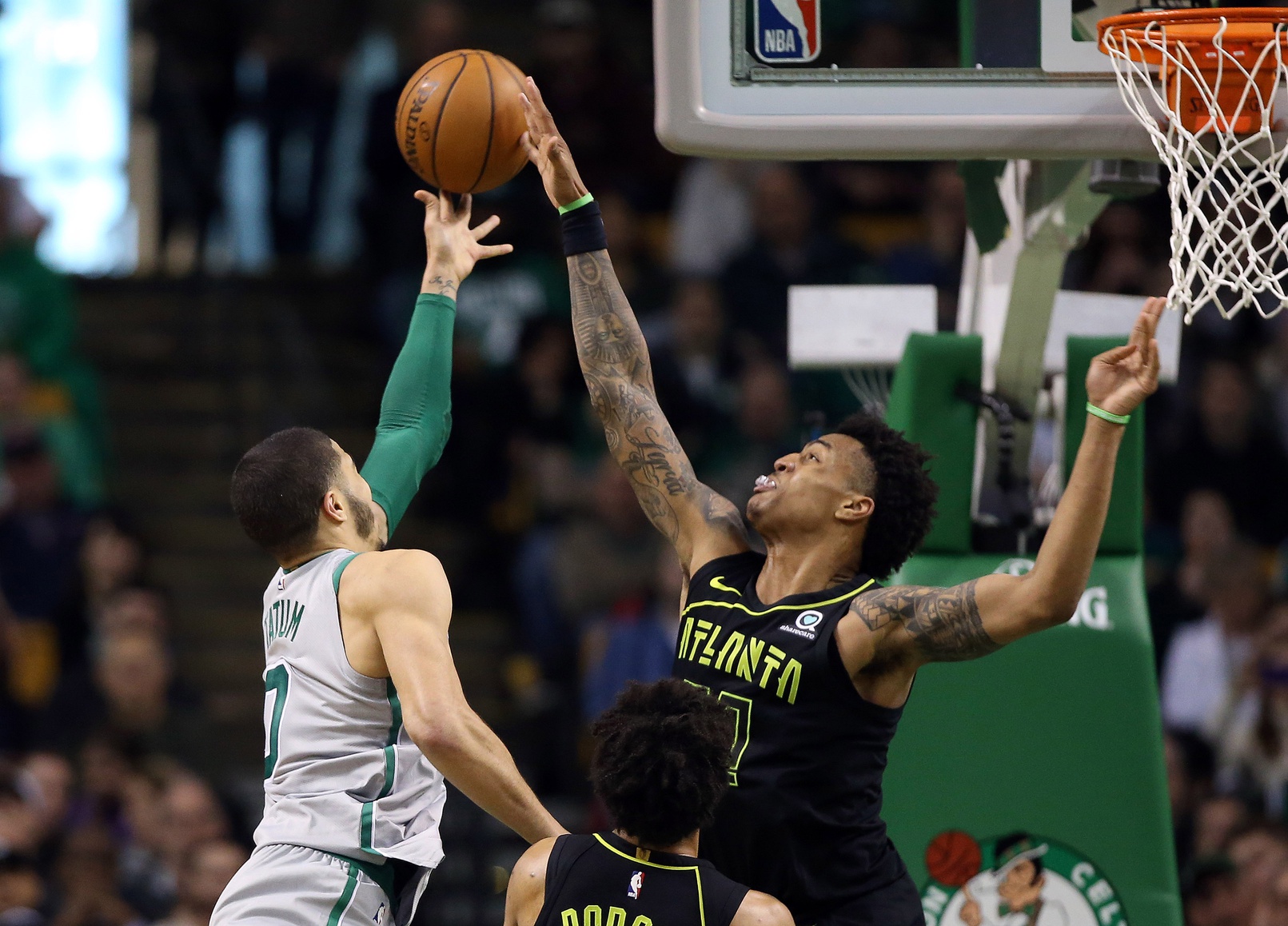 Since Atlanta selected Trae Young in the 2018 NBA Draft, John Collins has been leaning right into the Steve Nash-Amar’e Stoudemire comparisons.

“Hey listen, I don’t want to throw that out there too early with the Steve Nash and Amar’e but I definitely see some similarities in the way we play and the way he was able to shoot the ball and find the open guy,” Collins explained. “He has a knack for just breaking down the defense and making the crafty play like Steve did. And I’m super bouncy and athletic. You know, those two kinds of guys are good to get compared to so we’ll see.”

But Hawks coach Lloyd Pierce is surely hoping Collins can become a superior defender (to Amar’e). Those way-before-their-time small-ball Suns were never good enough on D to advance beyond the Western Conference Finals. Atlanta has reached a conference final only once since 1970, and that 60-win juggernaut was swept away like a sand castle by none other than LeBron James’ Cavaliers. So on one hand, Collins and company will likely be viewed as a smashing success if they eventually return to the ECF. However, in order to reach such lofty heights sometime down the road, Collins should eventually shift to center, perhaps sooner rather than later.

Collins finished the year with more turnovers (105) than assists (98). Nevertheless, this was one of two areas that Collins showcased shockingly stark improvement. During his two seasons at Wake Forest, the late-blooming big man committed 91 turnovers while dishing just 24 dimes. Moreover, after missing his lone three-point attempt in college, Collins connected on 16-of-47 attempts from beyond the arc.

Trae Young, Kevin Huerter and Collins have also already been optimistically compared to Steph Curry, Klay Thompson and Draymond Green. Collins has a long way to go before reaching Dray’s level as a defender and distributor, but the soon-to-be-sophomore made encouraging strides in both areas.

As a sophomore at Wake Forest University, Collins averaged 19.2 points (62.2 FG, 74.5 FT), 9.8 rebounds, 1.6 blocks, 0.6 steals, 0.5 assists in 26.6 minutes per across 33 games. It was expected that he would find ways to do some damage in the paint as a scorer and rebounder thanks to his outstanding athleticism, anticipation and level of effort. But anyone who says they projected such impressive jumps as a playmaker or shooter are clairvoyant soothsayers (or liars). Year one in the NBA went about as well as anyone could’ve imagined for Collins — so well that I’m already prepared to admit I was very wrong about him. John somehow finished the 2017-18 campaign with a positive Defensive Real Plus/Minus, not an easy accomplishment for any rookie, much less one suiting up for a rebuilding 24-win team.

Collins started one game at center, November 30th against the Cavaliers. Cleveland rolled out Kevin Love and LeBron James at center and power forward, and to no one’s surprise, defeated the Hawks 121-114. This was akin to feeding John to the lions, but he held his own, at least on offense, dropping 13 points (6-7 FG, 1-1 FT), seven boards, two steals and one block in 26 minutes. Love erupted for 25 and 16, stretching Collins out to the perimeter, and James casually cooked up 24 points (on 11 shots) to go with 12 dimes.

For now, Taurean Prince and John Collins at the 4-5 should be the futuristic vision for the franchise. And for a team in tank-mode, the future is now.

Boasting a voracious appetite to understand and master the modern game and continue his steady improvement, Collins is ripe for more minutes at center. Switching onto guards and wings is a focal point for him, and that’s a good thing. But the sooner the training wheels (Dedmon) are taken off, the better. Learning how to quarterback the defense in the NBA is no simple task. And from Atlanta’s perspective, there’s no need to force-feed Collins heavy minutes at center, especially this early in his physical development. Still, with the way the league is shifting to small-ball, it’s fairly obvious that John will be better off covering bigs and protecting the paint (first and foremost) rather than chasing perimeter players around as his primary assignment.

This is not to say Collins and Dedmon shouldn’t share the floor together, or that John can’t fit alongside the right big man in bully-ball lineups. They can, should, and will play together. But Pierce would be wise to let the 6-10, 235 lb. Collins operate as the lone big more than just occasionally. Dedmon will likely leave next summer, and Collins and co. will be in a much better spot to succeed long-term if he starts making the transition to center this season.