It's so on! Yankees finally have chance to get revenge against Red Sox 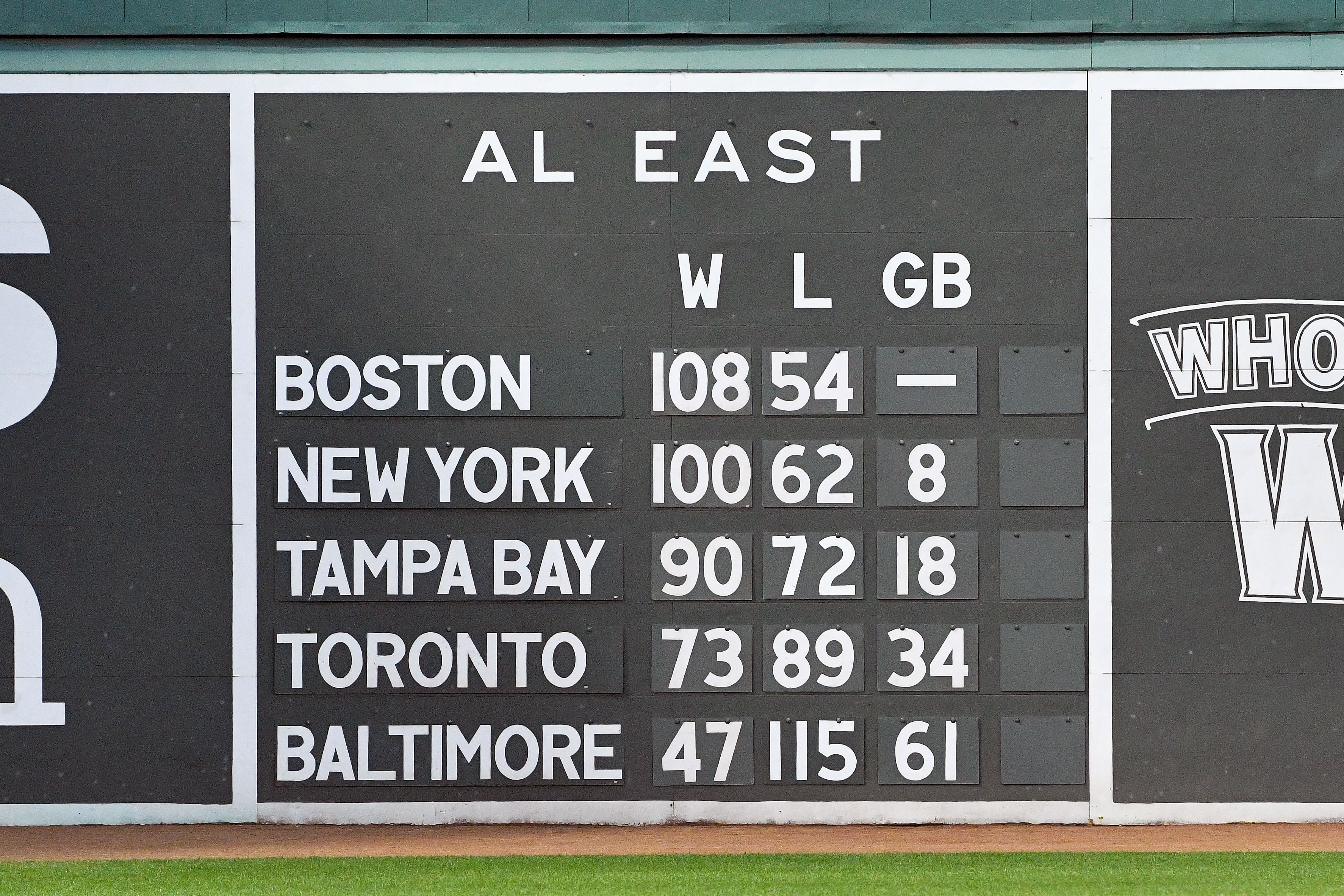 It's so on! Yankees finally have chance to get revenge against Red Sox

I didn’t want to count my playoff chickens before they were hatched, so I waited to see if the Yankees would win their wild card game before getting too excited over them facing the Red Sox in the playoffs. But now that the Yanks have vanquished the Athletics, I can get all pumped up over this! Yippee! (Squawker Jon, like most Mets fans, will be rooting for Boston. Figures.)

We’ve been waiting a LONG time for this series. Back in the day (1998 through 2004), it seemed like the Yankees-Red Sox would be facing each other nearly every year in the post-season. And I’m still traumatized by witnessing in person Game 6 (the Bloody Sock game) and Game 7 (the Johnny Damon game) of the 2004 ALCS. So it’s kind of weird that it’s taken so long for New York and Boston to face each other in the playoffs again. And IIRC, this is the first time they’ve ever faced each other in an ALDS!

There is a whole generation of Boston fans out there for whom these events are ancient history. They’re used to their team being winners, with three World Series titles in a decade (ouch, that hurts to write!) And that goes for Yankee fans, too. There’s a generation of fans who have only seen our team win once, a decade ago, and may barely remember that.

Of course, both teams are completely different from 2004. While I think Chris Sale is a tool, I haven’t (yet) developed quite the visceral hatred for members of this group of Sox the way I did for David Ortiz, Jason Varitek, et al. I also can’t stand Dustin Pedroia, but he’s been too injured in recent years to matter (only played three games this season.) And I think Sox fans might feel the same way about the hate — there is no one obvious lightning rod (or A-Rod) to hate! Tyler Austin, who brawled with Joe Kelly, has been traded, of course, and even then, it wasn’t quite the same. The teams (and their fans) don’t

The last time the Yankees faced Boston in the postseason, I was working at the New York Daily News, putting sports articles on the website, where we had such massive coverage (special sections, tons of staff writers, etc.) that we weren’t allowed to take time off in October! Now the News is shell of itself when it comes to postseason coverage. (At least I have my The Athletic subscription.)

I haven’t watched the games this year as much as I used to. I have been very busy with training for triathlons and marathons — I did the NYC and NJ Triathlons this summer, ran the Maine Marathon last week, and running in the NYC Marathon in four weeks. I did get to catch some of the games with weekend when I was in Maine on NESN. (Their broadcasters were not as annoying as Michael Kay is with Paul O’Neill, but that’s a whole other story!)