Your Afternoon Dump... Where Douglas Adams has some good advice for Celtics fans 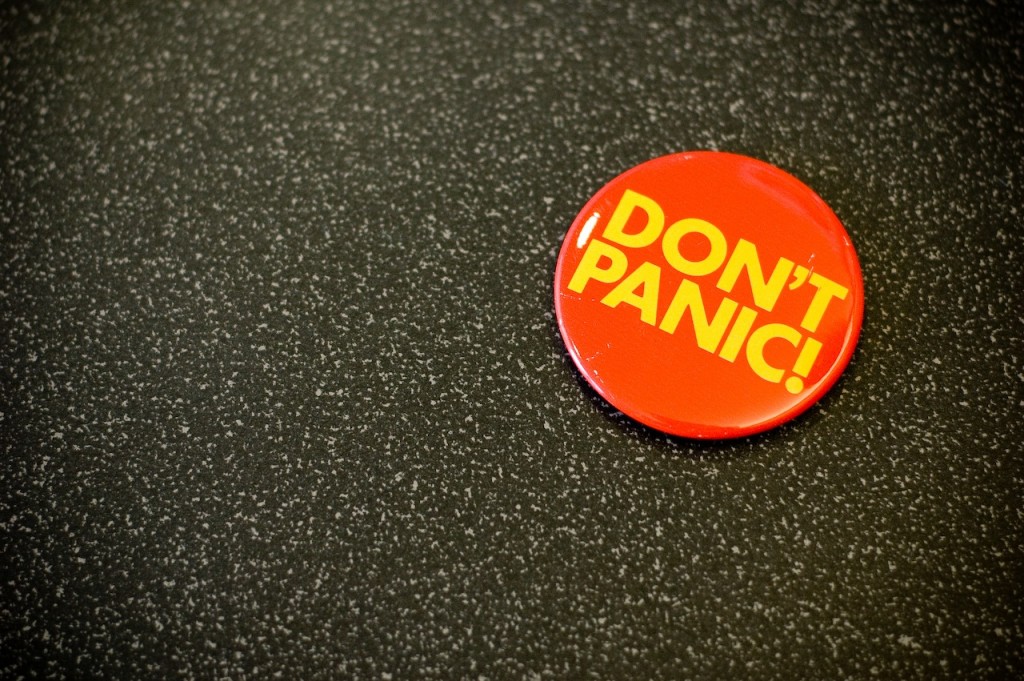 Your Afternoon Dump... Where Douglas Adams has some good advice for Celtics fans

“I like the cover,” he said. “‘Don’t Panic.’ It’s the first helpful or intelligible thing anybody’s said to me all day.”

Hitchhiker’s Guide to the Galaxy

The Celtics have played four games so far. Exactly one of them has had the results most of us hoped to see this year. The other three have been a pair of losses, one of them not close, and a narrow victory against the Knicks–a team against which good teams should not have narrow victories.

Irving and Tatum are registering Marcus-Smart-esque 3-point shooting percentages, Hayward’s obviously missed an entire year of competitive basketball, and, well, the Celtics certainly haven’t looked like world-beaters, have they?

“I’m not into prognosticating or politics,” Brad Stevens said after the game, when asked if this was a lesson learned for Boston. “We have a job with scoreboards, and Orlando’s better than Boston right now. We’ll find out if we get any better.”

It would be hard to get worse. The Celtics shot 22.5 percent from behind the arc and 40.7 percent overall. As a team, they shot just nine free throws.

The loss came on the back of two lackluster performances over the weekend — a loss to the Toronto Raptors and a close victory over the New York Knicks. The Raptors looked like contenders. The Knicks looked like a lottery team. The Celtics looked like a group of incredibly talented players still trying to figure out who should be shooting when.

Here’s the thing: The Celtics haven’t even played 5% of the season. The amount of season left to be played is an order of magnitude* greater than the amount that the Celtics have under their belts.

Brad Stevens is not a ‘system’ coach. I’ve used the analogy before–somewhere or another; the blog entry seems to have disappeared–but the Celtics are like a race car.

If you’ve got a brand new race car and you’re getting ready to run a race, say, LeMans–the 24 hour endurance race held every year around midsummer’s night–you not only need to figure out what your car is capable of, you also have to adjust dozens of interrelated settings, from the type of tire, to ignition timing, to gear ratios, to spoiler settings and ground-effects.

Getting a race car ‘dialed in’ for a particular track is a fussy and time-consuming process.

Fortunately for race teams, they have plenty of time before the race to figure out those parameters. Like all races, the contest is not so much against other racers as it is against the track itself. A winning time in the 100M dash is a winning time regardless of whether every individual runs at the same time or whether they run individually and their times are compared after the fact (which is what they do with, say, slalom skiing because it’d be incredibly dangerous to just turn everybody loose all at once).

Team sports are a bit different. Yeah, you get pre-season practices and games to try and figure out some of the things you’re going to do, but the games manifestly do not count, and so you’ve always got to take what you learn from those games with a grain of salt.

The bottom line is that if you don’t have a ‘system’ that you force your players to adopt, you’re going to need time at the beginning of the season to figure out what works and what doesn’t–there is simply no substitute for what you learn from games that count. Lessons learned at the end of last season, when Irving and Hayward were both bench-bound, are barely applicable today.

If Stevens were, say, Mike D’Antoni, yeah, there would be a basis for a bit of concern because no matter who you are, D’Antoni’s gonna have you playing one way, and if you can’t play that way, you need to be on another team because Mike’s D’ang sure not going to change his schemes to maximize your abilities.

I’m as confident about the Celtics future as I was confident that they would struggle a bit in the opening weeks of the season.

This is an incredibly talented team, and at some point in time they’re going to click and spread terror across the NBA. We just have to sit back and wait for that moment to happen.

During my years with Russ, during the glory years, I was focusing, unfortunately, on being Bob Cousy and doing my thing and being completely self-absorbed, as opposed to asking questions like, “Why are we all here?” Questions that my Jesuit mentors [at Holy Cross] told me years ago, over and over again, “What it’s all about is giving back.”

Jackie MacMullen’s got an outstanding interview with Bob Cousy over at ESPN. Drop what you’re doing right now and go over there and read it.

Cousy talks about his friendship with Chuck Cooper–and what Cooper went through during an exhibition trip to Raleigh in the 50s:

After the game, we went to Union Station and drank a lot of beer. Around midnight, we had to take whiz. We went to the bathroom and there were two big white signs: colored and white. I teared up when I saw it. I still do to this day thinking about it. We solved the problem. We went outside on the platform, close to midnight, nobody around, and we both peed together off the platform.

It’s a poignant read. Cooz is dang near 90, Russ is 84; they’ve both gotten old, and if racism isn’t as overt as it was when they were young and had the world at their fingertips, it’s still there, and it’ll outlast both of them.

Boston.com: Brad Stevens says the Celtics are ‘not as good as everybody thinks we are’  | Celtics fall at home 93-90 to Orlando

NBC Sports: Scuffling Celtics search for their own magic | Hayward’s ankle sore after every game