Your Morning Dump... Where there's a sneaky good Celtics game on tonight 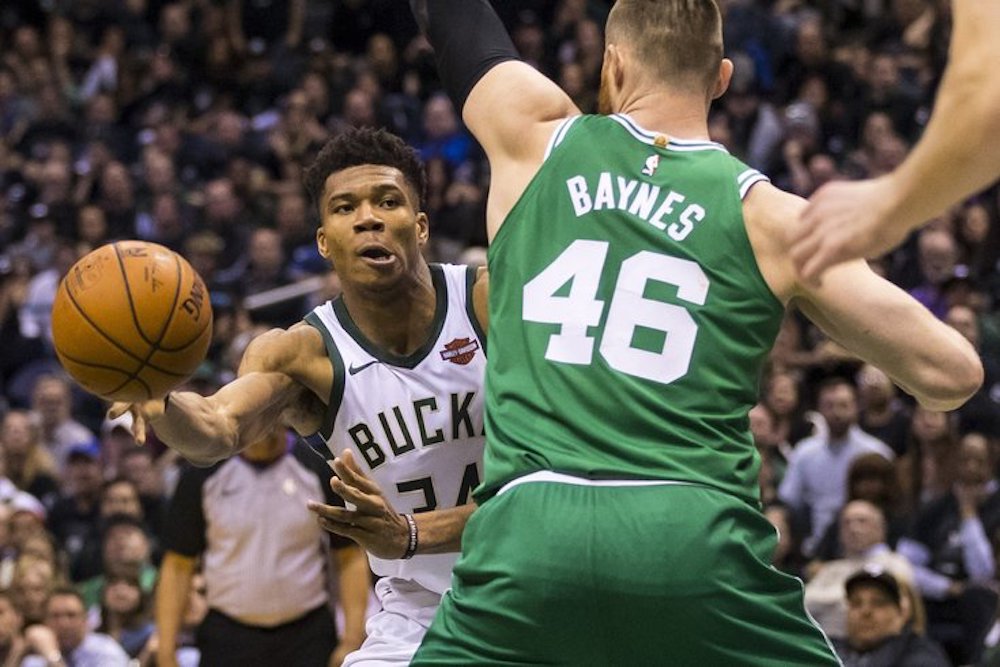 Your Morning Dump... Where there's a sneaky good Celtics game on tonight

The season is still young, obviously. But to dismiss what the Bucks (7-0) have done thus far as them just getting off to a good start, doesn’t do justice to what’s looking more and more like a team that you have to lump into the best-of-the-best in the East.

And for the Boston Celtics, that’s a very, very good thing.

This time of the year, everyone is feeling their way through the season, trying to figure which combinations work best, who delivers consistently and maybe most important, how does the squad match up against the better teams out there.

Tonight’s Boston-Milwaukee game will serve as a good litmus test for both franchises.

“It’s gonna be a great test,” Antetokounmpo said. “They play really good at home; one of the top teams in the East.”

If you’re a Boston sports fan now, you might be feeling like a kid who ate all of their halloween candy on the first night. You’ve watched so many big games on so many late nights, that you feel like maybe you’re overdoing it. I don’t know about you guys, but making it past halftime of Pats/Bills on Monday night, after a slew of primetime Pats’ games in weeks past and a gauntlet of Sox games, felt like a chore.

But just how I used to get a second wind and down like 10 more mini snickers’ bars on November 1st, I’m feeling pretty giddy about tonight’s nationally televised playoff rematch with the undefeated Milwaukee Bucks.

Just how good are the Bucks? Just how “back” are the Celtics after some early season struggles? Can fro-less Kyrie continue to cook? We won’t get definitive answers tonight, but we will all certainly learn something.

So, steal some of your kid’s halloween candy (or your neighbor’s if you don’t have kids) and get ready to be a Boston sports glutton once more, because the big games won’t stop just because the Sox are done. If World Series game 5 was a king size Butterfinger, and Pats/Packers on Sunday night is a full size bag of Peanut M&Ms, I’d call this Celtics game a solid 2-pack of Reese’s Peanut Butter Cups.

On page 2, as the Warriors light the league on fire, they’re still eyeing Boston

The Golden State Warriors, who have become the standard by which every contender measures themselves, are taking notice. In interviews with The Athletic’s Sam Amick, multiple Warriors chose the Celtics as the team with the best chance to beat them.

Kevin Durant needed prodding, but eventually he picked the Celtics over the Houston Rockets and Toronto Raptors, pointing to Boston’s depth and versatility.

“They’ve got a great coach, a great atmosphere, a great home court advantage, and they’ve got a lot of length,” Durant told Amick. “Those are usually the teams that give us trouble.”

Shaun Livingston noted Boston’s depth as well. Draymond Green pointed to star guard Kyrie Irving, who was instrumental in beating the Celtics in 2016.

I’m surprised Kevin Durant didn’t look at Sam Amick and start laughing uncontrollably, amused by the notion of any professional basketball team having a chance to defeat the Warriors.

But as is pointed out above, he’s not the first guy on the Dubs to mention the Celtics as the league’s biggest threat to a Warriors three-peat. The common thread throughout all of this is Irving. The Warriors have seen this guy on the biggest stage, and he ripped Draymond, Klay and Steph’s heart out in 2016. As much as we’re all impressed and excited by the Celtics’ depth, there is currently only one, certified sniper on the squad, and that’s Kyrie. For as great as Al and Gordon are, and how much promise Jayson and Jaylen have, it’s Irving who demands respect.